Bar Stool Preachers is a name I see cropping up more and more often on social media feeds. Admittedly I’d never gotten around to checking them out. What really intrigued me was stuff my old pal Kathy Rocker had posted up on Facebook the other week of them playing outside her shop, Rockers England in Manchester (which is also the location of my old store, Roadkill Records). So whilst we’re here, keep fighting Kathy! #fuckcancer

Anyway, I suppose I’ll do the usual and give a brief background on the assumption that others may also be new to BSP, too. Brighton is the town this 6-piece crew call home. Singer Tom McFaull is the son of Cock Sparrer front man Colin McFaull. Grazie Governo (which translates from Italian as “thank you, government”) is their second album, following on from 2016’s Blatant Propaganda, which was also released through Pirates Press Records, and their 2015 single, One Fool Down. The musical style draws heavily on street punk, ska and oi. 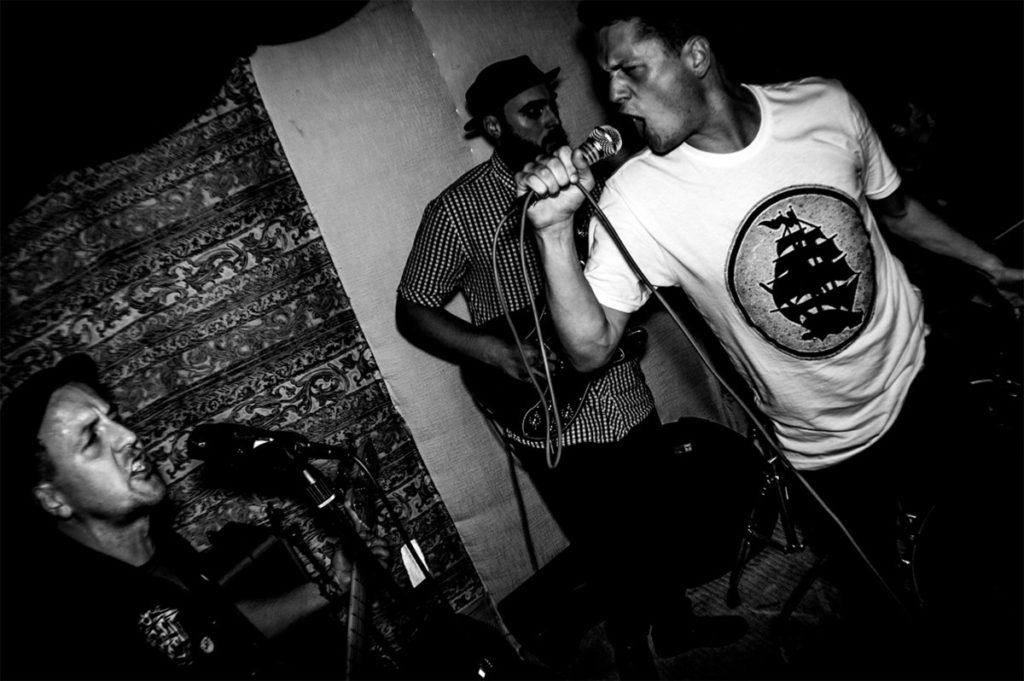 Seemingly, BSP have succeeded in making some buddies amongst some of the punk scene’s bigger players like Rancid, Bouncing Souls and Dropkick Murphys, and are soon to go on tour with Boston’s Street Dogs in the US. Interestingly, Aimee Interrupter lends her vocal to lead single from the album, Choose my Friends. Not surprising then, that they are riding the crest of a hype wave.

When the press material states that: They (BSP) are also already famed for turning every show attendee, writer, photographer, interviewer and other band’s members into fast friends within minutes of meeting,” then surely people are keen to find out if they live up to the hype? Clearly, this is an album review and I’m not at a show or something, but I’ll give you my thoughts on this album, but long story short, I’d probably go and see them live for sure.

It might seem a bit weird to start out with this, but the production standards seem to be pretty high, and the sound is clear as a bell – something which can be a bit of a double-edged sword – although there’s no muddiness, the clarity can leave bum notes and mistakes as glaringly obvious. Interestingly, that doesn’t seem to be a problem here at all – which makes me suspect they are just a tight as fuck act, mate. 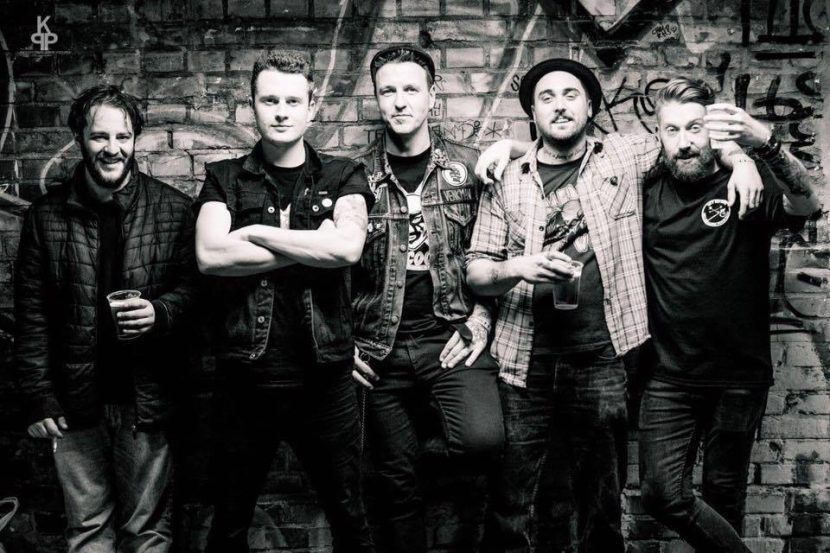 Tom McCaull has very clear and strong voice, and doesn’t have that edge of “punk snottiness” that his dad has. Personally speaking, I do prefer my vocals to be rougher around the edges than this, but I understand that’s not for everyone. I’d also rather someone sang in their own voice rather than putting one on, so to speak, so I can’t fault him in the slightest, mate. It certainly doesn’t detract from the music or overall tone of the album at all.
Obviously anyone that knows me will agree with me when I say I’m not big into ska, and this has been evidenced on these very pages on more than one occasion. However, recently I gave the new album from The Interrupters a go and thought it was pretty decent. I suppose in the tradition of The Interrupters, Rancid, The Clash and others, BSP are also drawing on your more traditional two tone influence rather than that shitty trumpet punk stuff favoured by brightly coloured overgrown children down the ages (well, since the mid-late 90s anyway). Thus, this is not “upsetting” me all that much at all.

I’m sure people are wondering “Tony, how are you not giving this a right fucking savaging?”, and fair’s fair. They would be right to ask. I make no big secret of the fact that I’ve got a bit of a weakness for certain records by some of these popular street punk associated acts, and if motherfuckers manage to tick the right boxes, then those boxes shall be firmly ticked, and for that I make no apologies. This crew are certainly able to write a decent enough rousing, working class friendly, shout-along punk anthem, and there’s some pretty good fast breaks strewn about in appropriate places, too, such as can be found in Drive and Raced Through Berlin and 2:22. I’m just glad they’ve not gone for the Rancid formula of quantity over quality (which has made much of that band’s output to much of a chore for me to bother with – again documented elsewhere ), or the “we’re dead good at drinking and brawling, us, but we’ve not got many good tunes these days, plus generic and unnecessary plastic paddy nonsense” shitty rhetoric of the likes of Dropkick Murphys . No offense to any members of those bands that stumble onto this – you’ve both had some great albums – I’m just overly forthright with my opinions.

In conclusion, I’m quite partial to the big choruses to the likes of 8.6 Days (All the Broken Hearts). The aforementioned Choose my Friends is a highlight. I’m really into the bassline to the organ-led DLTDHYOTWO, which I thought also had a really good climax. The touching ode to lost or unrequited love (I can’t decide which) Raced Through Berlin oddly reminds me in places of Punk In Drublic era NOFX. On balance, this record is perfectly listenable, and the songs are pretty good. I do feel it probably leans a bit too heavily to the ska end of the spectrum for me to want to bring this record into regular rotation, but I could definitely see a lot of people getting a real kick out of this. At any rate, this warrants a Tony of Nurgle rating of 7.5/10.

You can check out the album on the bandcamp player below: