It may sound silly, but I was really worried about listening to this album. So often with a band you love, their solo work just falls so far below what you want from them. There are so many terrible solo, acoustic based albums out there that I just wish didn’t exist. So yes, I was scared to give it a listen. And Laura Jane Grace is an important personal role model to me. Seeing a prominent punk come out as trans was transformative for me. Finally, a trans role model who wasn’t an actor or sang pop songs.

Look, I like acoustic music so it has nothing to do with genre. It’s just my baggage around the idea of a solo album that might mess with my love of Against Me!

Well, some Against Me!, because yes, some of their albums don’t do it for me. There are albums I think are bad, but the lyrics are always up there. Sometimes a little cheesy, but always heartfelt. They generally always mean something and have messages that I can hold close.
So – was this as bad as I feared? NO!!! oh my gosh. This album is awesome and I freakin’ love it. I have listened to it non-stop for the last few weeks.

It hits that sweet spot for me. A lot of acoustic-y music has a deep, meaningful impact that plays on the heartstrings with the composition. Well, the stuff I like at least. The songs work in a way that tap into my depression or are so beautiful that they bring on beautiful, happy tears from me in the same way that cheesy movies have characters looking on the faces of angels and crying at their beauty. That’s a thing, right? I dunno – I only watch sci-fi and fantasy stuff.

This album has the depth. There is meaning in the lyrics, and it has a punk feel. The anger, the matter of fact expression of ‘this is how the world sucks, but maybe there are good things’. It is very personal, as a lot of Against Me! has been in recent years, and honestly the lyrics resonate with me and my own trans journey. But I don’t think you have to tap into that. This is an awesome album that would sound different, but not out of place, amongst my favourite Against Me! albums. 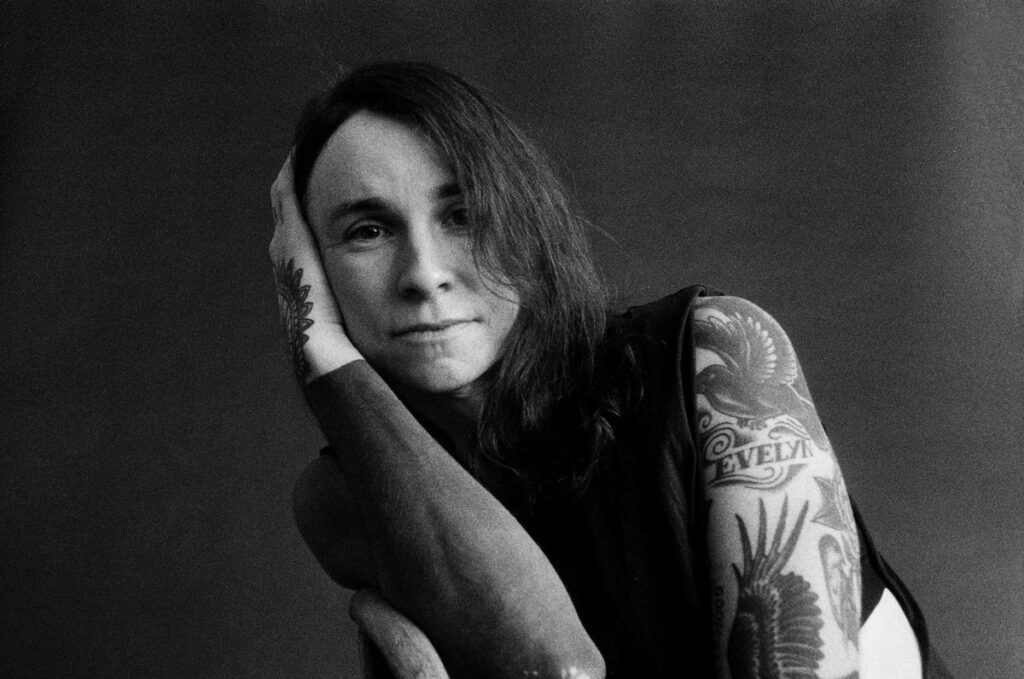 Opening song ‘The Swimming Pool Song’ sets the tone perfectly. Angry folk rock (of which there is no shortage on this album). You know what you are getting into and honestly I cannot help but shout/sing along (which is as good as my singing gets). I grabbed my dusty guitar and started trying to play along (but I’m rubbish, so that didn’t work, but whatever). It the sort of song I can imagine I would be able to play and sing, though. It makes me want to play music again. The opening lyrics blow me away too – I just… feel them. “I am a haunted swimming pool, I am emptied out and drained. My capacity remains the same. I don’t know the source of my faith, but I know I will be full again.” There are not many lyrics to this song but it resonates. “I have not yet become all that I’ll be.”

And there are some amazing indie-pop songs on here that would not sound out of place by the side of many of my other indie-pop Polyvinyl releases. ‘So Long, Far We’, ‘Auf Wiedersechen, Fuck Off’ and ‘Supernatural Possession’ is everything I like about that particular genre and I’d love to hear an entire album of that. I can imagine me playing these songs next time I DJ an indie disco and it fitting in perfectly.

Of course, there are the slower, more impactful songs too. ‘Why Kant I Be You?’ (sic) and ‘OId Friend (Stay Alive)’ are just lovely and the lyrics, yes. They hit me.

Anyways. I have not gone through all the songs, but honestly, I could write little love letters to all of them. The pace and feel of them move around so the album never feels repetitive or boring. The folky ‘The Mountain Song’ or the dreamy ‘Ice Cream Song’. There are no songs I want to skip on here and I tried to pick a favourite for ages, but I just couldn’t. The album is just too damn good. So yeah, pick it up in the usual places.