The Mad Caddies have never done anything that made me think they were any more interesting than the sport of golf. I’ve spent more time watching the anti-enclosure, class-warfare-tastic “now you’re gonna die wearing that stupid little hat!” scene from the Michael Douglas classic Falling Down than I’ve actively spent listening to Mad Caddies recordings. But I’ll admit they’ve had some catchy club bangers, and down the memory hole comes this Punk Rocksteady album: a collection of reggae/ska/et al covers of well known punk songs. Produced by Fat Mike, part of its appeal lies in its Fat-heaviness: Propagandhi, Bracket, Snuff, NOFX, Lagwagon, Against Me! and Tony Sly. While a number of these artists have dabbled with the brass devil the Caddies have taken specifically punk cuts and removed all trace of that sound. There’s golden oldies in the form of early Descendents and Misfits, the 2000s beauties of melancholy rebels like Sink, Florida, Sink and Bad Religion’s Sorrow, and a slew of 90s skate staples.

While the choices are not obscure deep cuts, they’re also generally not the most obvious biggest hits of the artists in question. Let’s start with my favourites, the various politipunks. Sorrow is a track with lyrics that seem like they’d lend themselves well to Jamaican-style peace-loving hippydom, and they do. While this is a pretty interpretation of a pretty song, Sorrow was already more melodic than punk, and to me this offers little other than taking away the underlying groove of the original. The band’s take on …And We Thought Nation States Were A Bad Idea by Propagandhi goes on a more extreme turn, with a ska bounce that nevertheless holds on to some of the thunder of the original masterpiece. Mad Caddies copy the adolescent humour mixed with the righteous, rollicking seriousness of the “shitrag hooray!” forerunner, with a quick version of Ska Sucks in the closing moments being cheekily changed to Punk Rock Sucks. The skankers, after a mere quarter century, come out of their marijuana slumber long enough to exact some revenge. Sink, Florida, Sink by Against Me! is pleasant, maintaining that singalong nature but putting a happy face on it. Of course a band from California would deliver this message with inappropriate glee. How are those giant fuck-off wildfires right now, dudes? 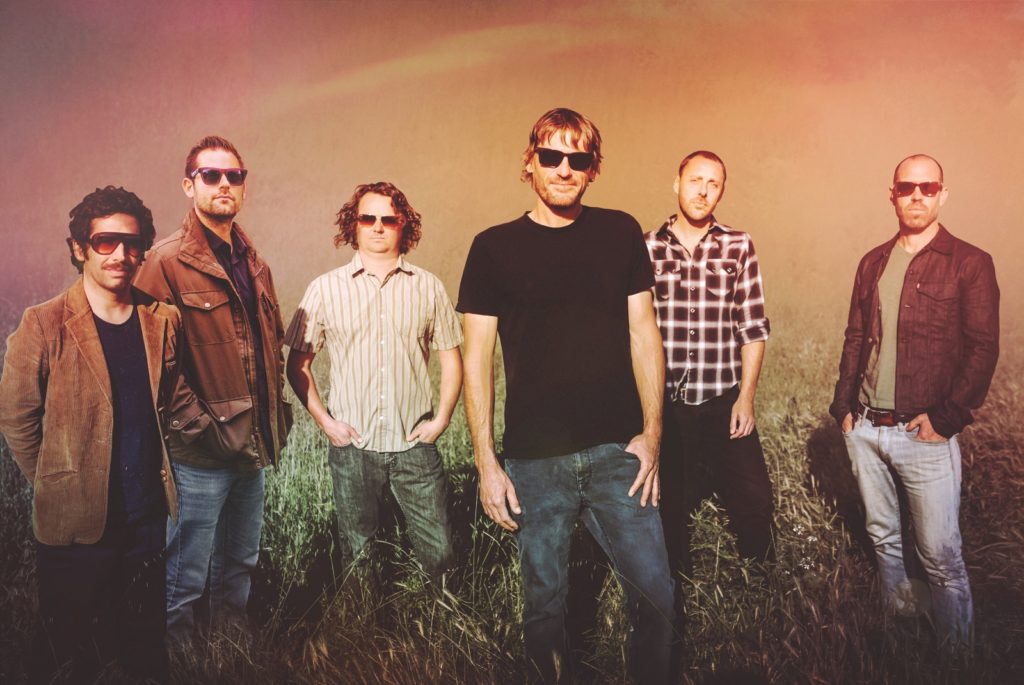 The newest cut on the album is AM (2010), a cover originally featured on The Songs of Tony Sly: A Tribute put out by Fat Wreck in 2013 in the wake of Sly’s death. (His passing apparently ushering in an era where Fat becomes one of those legacy labels, content to re-release the same music in possibly slightly altered format ad infinitum — see last year’s No Use For A Name compilation Rarities Vol. 1: The Covers). Working appropriately as something of a reggae dub spin, it retains the forlorn mood of the original, with the keyboard that replaces the organ glowing softly behind the songs wintery foreground. Fittingly, with Sly having often collaborated with Joey Cape, we then get an interpretation of Lagwagon’s Alien 8. Already working against Mad Caddies is the fact that I’ve always enjoyed the Double Plaidinum album through a really badly dubbed cassette tape. So a sanitised dub version — as happens all too often listening to Punk Rocksteady — finds me yearning for the grit with which I am familiar. It works better on something such as Green Day’s She, the clean melody of which translates nicely into sways and reverb.

The cover of Some Kinda Hate by The Misfits has got a respectable spooky sombreness to it while being strangely quirky and attractive. It’s so far from any kind of hate that it’s almost venturing into irony territory, which as we all know is a no-no. Then again, I might care more if I cared more about The Misfits. On the interpretation of Jean Is Dead by Descendents the speed is so drastically altered that it’s barely recognisable. This sounds more like Sublime (a band who did several of their own legit hardcore versions of Milo Goes To College numbers). The sadness of the song lends itself to the rocksteady sound, but perhaps a later Descendents track with a poppier flavour would have been more fun (maybe something from the Fat Wreck-released Cool To Be You). Following this up is the ode to the English weekend, Take Me Home (Piss Off) by Snuff. While I can appreciate ending the album by covering a band famous for doing a lot of covers, this, like Jean Is Dead, lacks the uplifting, album-closing excitement of the original, even forgoing the complete outro for some reason.

Strangely, it’s on their cover of Operation Ivy, the band that laid the blueprint for the third wave ska-punk that birthed them, that Mad Caddies dare to get their most experimental and thus interesting. On Sleep Long, Joshua Waters Rudge of The Skints delivers a guest spot reminiscent of trip hop pioneer Tricky. Jesse Michaels’ rapid-fire lyrics of social and cultural degradation lend themselves well to the grim spoken word style. It’s a weird outlier, especially so early in the album when nothing else that follows is remotely like it. If the goal was to give it a UK flavour, it certainly succeeds, but whether that makes sense for a California band covering another California band is questionable. Ironically, The Skints’ most mainstream moment came when they did a dub-reggae cover of the hit single On A Mission by post-dubstep pop singer Katy B. Aimee Interrupter of The Interrupters can be found making barely noticable appearances on both Sleep Long and on NOFX track She’s Gone).

The lost potential heard in this one track is really where I find myself judging this album. I love the idea of genres being forced to crash into one another, but is anyone on either side of the punk/ska divide really that unaware of what is happening over that garden fence, and unaware of whether they like it? The two have been cousins since the 1970s. Birmingham’s veteran protest reggae act Steel Pulse played here in St. Petersburg just this week (as are Steel Panther, at the same venue, oddly, but the less said about that sack of shit the better). So that can’t be the impetus behind Punk Rocksteady. I have few qualms with the choice of tracks. I’d say I love a good half of these originals, which perhaps indicates that Mike and the Mads picked popular and easily enjoyable songs to cover, and that for better or worse, this is a labour of love. The people involved and those who really enjoy it can do so without any wider artistic merit.

Punk Rocksteady may be suitable for a gathering of grown up punk kids looking for a respectable nostalgia, or with a good sound system that can pick up the right musical details: all things rarely within spitting distance of this critic. For personal listening I’d preferably go with a compilation of these songs, which I have made as a YouTube playlist here, should you wish to partake. A quality genre-changing cover of something familiar can work great in the closing scenes of a film, but a full length album like this is mostly unnecessary. In this case, it’s not so much a hole in one, as ones failing to make up much of a whole.

You can stream Punk Rocksteady on the player below. Mad Caddies are doing American West coast dates between now and October.

You can get a digital download from the Mad Caddies bandcamp page, or buy a physical format direct from Fat Wreck or places that sell records.