As some of the readership may recall, Ogikubo Station’s debut 12in, s/t EP, made my personal top 10 list of 2017, with 6 songs of stripped back, gentle acoustic wonder. For those that missed out, go and check it out ASAP. For those that are interested, you can check out my full review. If you can’t be arsed, I’ll briefly reiterate the band background… Ogikubo Station are a boy/girl duo comprised of Mike Park (Asian Man Records / Skankin’ Pickle / The Bruce Lee Band / solo stuff fame – also the nicest dude in punk rock, like EVER) and Maura Weaver (of Mixtapes, who were a band from Cincinnati) / solo stuff fame – and has the voice of an absolute dreamboat). 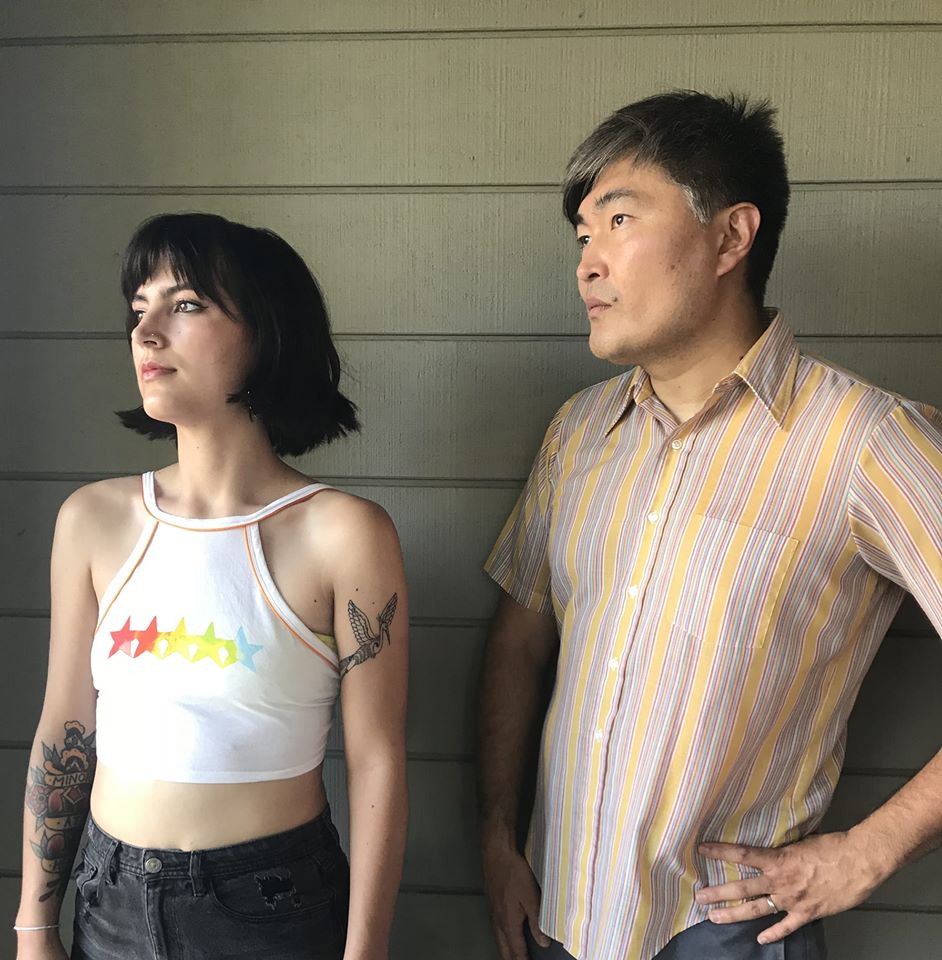 Right on. We Can Pretend Like doesn’t quite carry on where s/t left off. Well, not in quite the same way at any rate. The previous formula of two voices and acoustic guitars has been eschewed in favour of a more “plugged in” full band approach. Although I really couldn’t tell ya if Mike and Maura played all the backing tracks themselves or got friends in to help out. As beautiful as the s/t EP is, it’s really cool to hear the sound of Ogikubo Station evolve, too.

The brief and humble press material that I’ve seen describes the thematics here as “songs that dive into the heart of love, loss, alcoholism, racism, and everyday life”. I’m a big believer in the power of deeply personal music. There is something deeply moving and enthralling about the raw honesty being put on display here. The fragility of the human psyche is something everyone should be able to find relatable to a greater or lesser extent, unless you’re about as emotional as lump of concrete, of course. 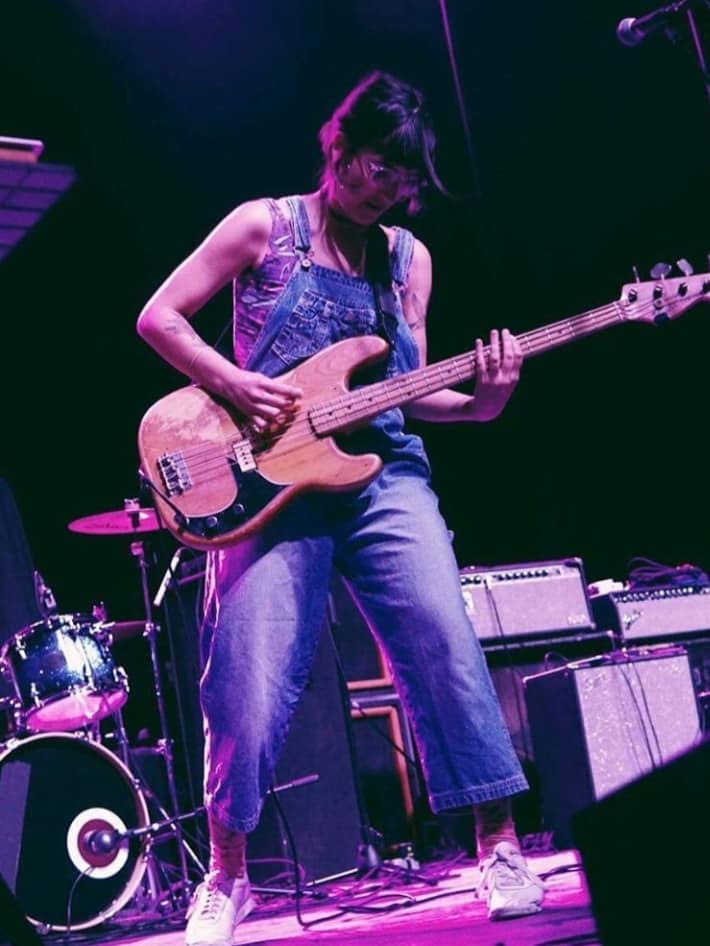 There seems to have perhaps been a subtle shift in dynamic, with Maura seemingly lending lead vocals on balance. She has such a rich, soulful (in a non-Soul kind of way) and beautiful voice that seemingly wants to render me down into some kind of weeping pile of wet sloppy rags. Having said this, Mike’s vocal provides a really warm, steady counterpoint, lying below or interweaving with Maura’s in a way that reminds me of how Brendan Kelly and Chris McCaughan from The Lawrence Arms work so well together. Speaking of Chris McCaughan (aka Sundowner), I could’ve sworn that I was hearing his voice on Weak Souls Walk Around Here, although Mike has confirmed that it’s just him!

These songs collected here are so good that it’s difficult to pick out favourites – different tracks stand out to me with each listen. So I’m going to go with the one’s I’m digging on today: I’ve Been Thinking of St Louis; Take a Piece of All That’s Good (which seems to channel the likes of The Weakerthans and Retirement Party); title track We Can Pretend Like / Standing Still ( the refrain of “when you can’t let go, it will eat you whole” puts me in mind of some of Jenny Lewis of Rilo Kiley’s solo work); The Prettiest One (with the sublime slide guitar parts); Rest Before We Go To War is just incredible; and of course the aforementioned Weak Souls Walk Around Here, which is my favourite moment. This joint is a total contender for my top releases of 2018, and gets a Tony of Nurgle rating of 10/10. 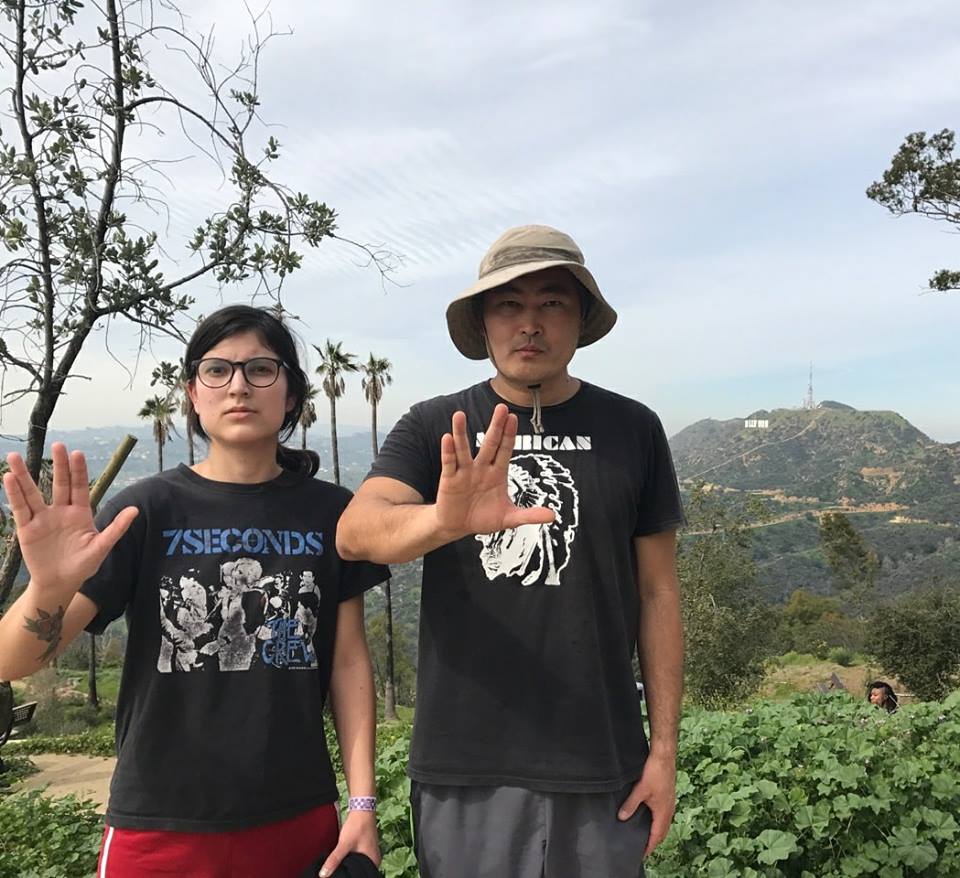 Obviously this record doesn’t release until 24th August, but rest assured that I will add the bandcamp stream that will no doubt be forthcoming. For the time being, you can enjoy the embedded videos in this review. If they aren’t enough to hook you in, get yer head felt, mate. You can pre-order the record from Asian Man Records on coloured vinyl or CD. 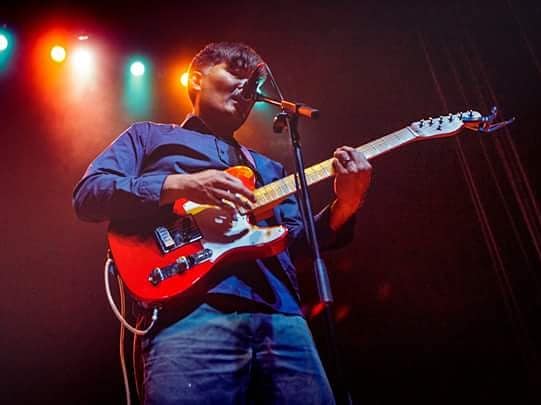 If you are lucky enough to be seeing / have seen Alkaline Trio on their current US tour, you may have seen or have an opportunity to see Ogikubo Station playing in support.