Re-issue ahoy! This is Pink Lincolns’ iconic third LP, which Rad Girlfriend are making available on vinyl for the first time in, like a geological age, mate. The RGF site assures us that there are “no re-masters, no extra tracks, none of that bullshit. Just one of the best punk rock records ever recorded.” This was originally issued by Stiff Pole Records in 1994. And apparently Iggy Pop drew the record cover. Mental.

But who the fuck are Pink Lincolns anyway, and why should we care, Tony? Well, you little New Jack jerk-off, now hear this: Pink Lincolns were from Tampa, Florida, and started up by one Chris Barrows (i.e. the main man from Chris Barrows Band). I say were, but according to Wikipedia, the font of all pointless facts, Pink Lincolns are apparently still active in some manner or other. 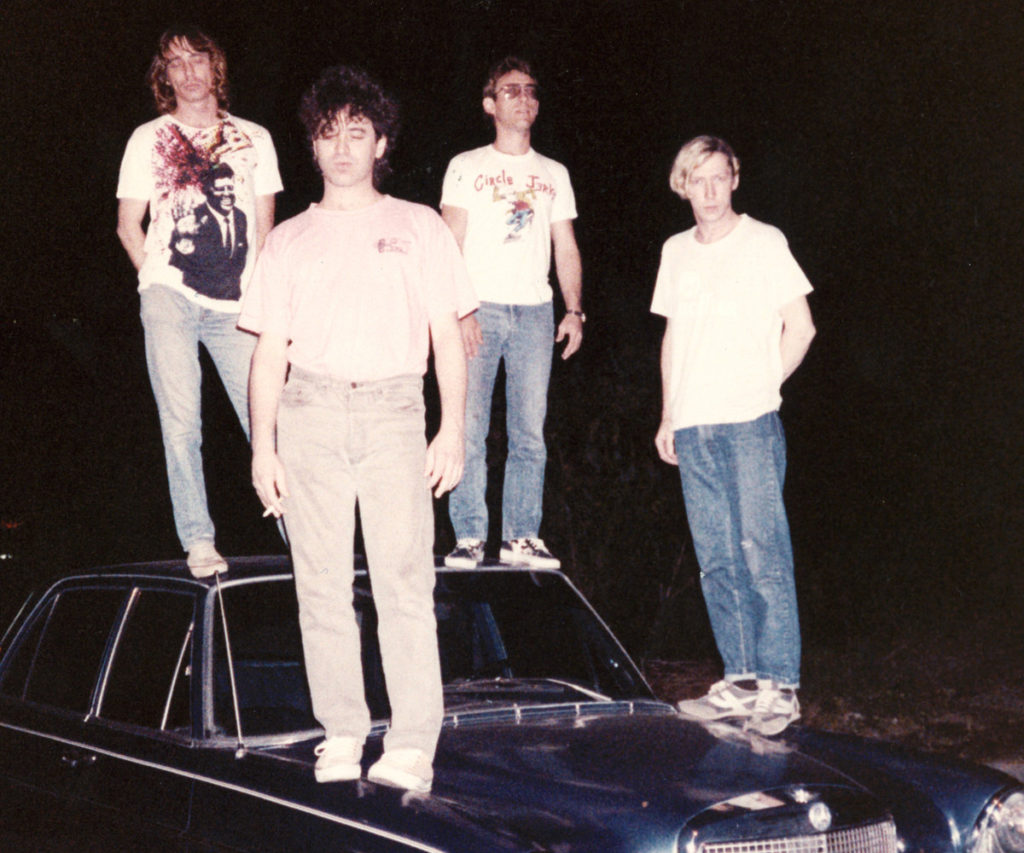 So what else do you need to know? These jams are irreverent as a motherfucker, man. This is obnoxious trad pop punk mixing it up with classic hardcore punk ala the earlier RKL material collected on the Keep Laughing LP. Only swap out the circle pit parts with silly as shit hoe-downs. I guess this is typical of that period when pop punk bands were going out of their way to be as immature and offensive as possible, but humourous at the same time (Nobodys, The Queers, The Vandals, Guttermouth, Screeching Weasel, NOFX and so on being some of the key examples that spring to mind with immediacy).

Although undoubtedly some members of those bands were and in certain cases continue to be assholes of varying shades, and some of those at the time “classic” records don’t necessarily hold up to this day, people of a certain age doubtless remember them with a degree of fondness. In the case of this LP here, yeah, it’s probably borderline offensive on several levels (without becoming too egregiously un-PC), but I feel like there’s a solid skeleton of satire holding together the rancid and undeniably infectious meat on offer here.
What can I tell ya? This shit is tight, yo.

You can jam this stone cold classic on the player below: