You know how I sometimes make perhaps stupid yet plausible statements based on no research whatsoever? I feel like there’s one coming on right now. Giant Peach are named after the giant peach from popular children’s story James and the Giant Peach (by Roald Dahl). Now I’ve gotten that out of the way, Giant Peach are variously from Brooklyn and Long Island, and this record with its unwieldy title is their second full length, which follows their debut, Tarantula which came out via Don Giovanni Records.

The Dead Broke bandcamp page describes this female / male fronted band as playing shoegaze / indie rock / grunge / pop. What can I tell you? Sounds kinda accurate. I would liken this to a dream-pop version of a hybrid of Pavement, Husker Du and Belly. The voice here certainly puts me in mind of Tanya Donnelly, that’s for sure. That’s surely no bad thing. 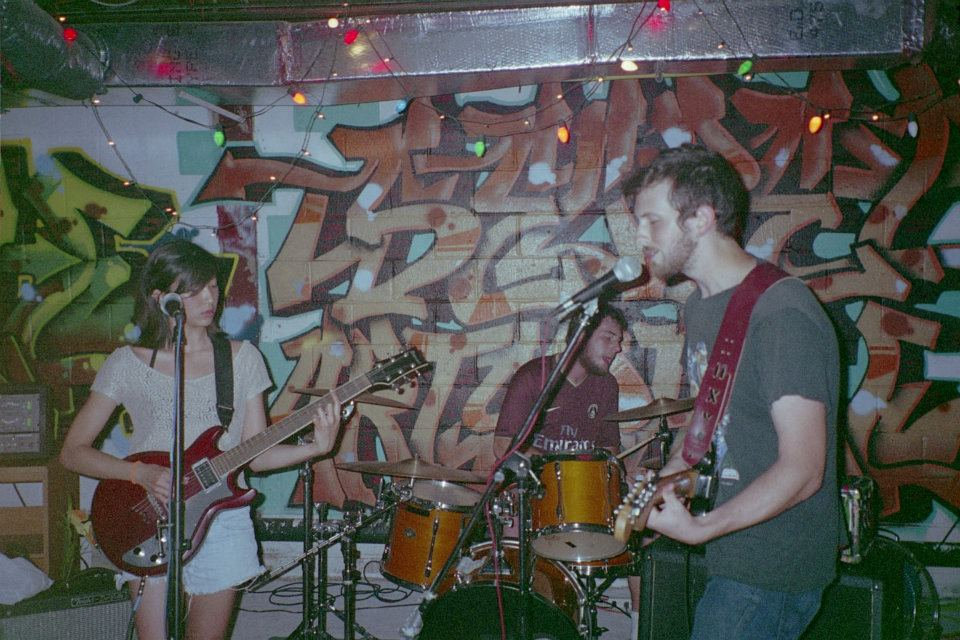 There’s something about this that makes me feel like I’ve been bundled up in a nice warm duvet. It’s cosy. Obviously, this isn’t my standard kind of fare, but sometimes I just need a break from all the shouting and balling, mate. Sometimes I need to feel soothed. What can I tell you? I’m a big old teddy bear at heart. Don’t let my gruff and curmudgeonly exterior disabuse you of that notion!

Anyways, don’t mind me – I’ll be here being swept away on a sea of warm-sounding melodic fuzz. In a bit, yo.

Have a razz of this yourselves; it’s delightful:

This is available on vinyl LP (100 on ocean blue, 200 on black) from the Dead Broke webstore