It’s probably been documented already elsewhere on this site that my fuckin’ dude Josh Goldman (The Dopamines / The Raging Nathans), as well as being partially responsible for a couple of the better (in my opinion) punk releases of the last couple of years, also runs Rad Girlfriend Records. He’s just sent me a bunch of stuff to review, and here we find ourselves, reviewing this one, which has a nice painting of some lovely dogs on the front.

So then, Hospital Job are from Springfield, Illinois. They feature Luke McNeill (the drummer and songwriter of The Copyrights), plus members of Horrible Things and The Nephrons. They like to describe themselves as sounding like the Copyrights covering Superdrag. And to be influenced by ‘hot wings’. Why the hell not, eh?

Having absolutely no familiarity with Superdrag whatsoever, I can’t comment on the veracity of a (possibly or possibly not) spurious statement such as that. Could be legit, could be a joke. Who gives a fuck? You are after all, here to find out what I think. Me being an authority on nothing of note and a dispenser of bargain-basement “wisdom” or some crap of that sort. I’ll bet you can barely contain your excitement. 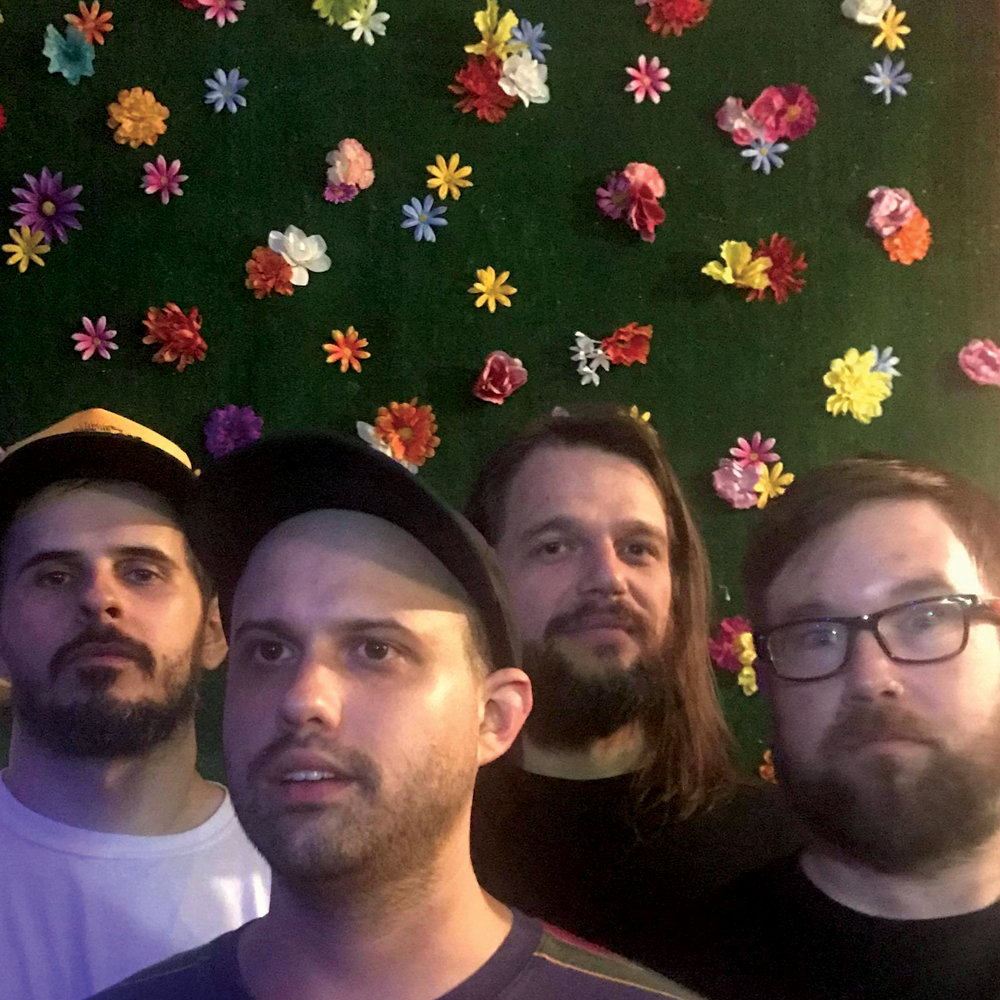 To me, this has that relentless down-stroke punk feel of bands like Lillingtons and Teenage Bottlerocket. I also can’t help but think that there is an element that throws back to the Groovie Ghoulies (way back in the day band from the Lookout! Records roster). If you add in a new wave kind of vibe, and an almost sinister sounding backbeat (look, just go with me, here, OK?), you’ll get an idea of how the sound is rounded out. There’s also something undeniably er, ‘Joey Cape-esque’ about this record. Not necessarily in an overtly Lagwagon kind of way, though. I think maybe something in the vocals (which are shared between Luke McNeill and Tim Reynolds) puts me in mind of some of Joey’s solo stuff and a little of The Scorpios?

Having said this, I thought there was also an element of the vocals here that reminded me somewhat of that nutjob from Blink 182 (the one that thinks he got probed in space or some shit) – in particular some off the phraseology reminded me of Tom DeLonges’ weird brand of earnestness. Only it doesn’t come off as being at all irritating or sounding like the dude was breastfed until he was 12 years old. Is this a plus or a minus, or just a weird thing? You decide.

If you like The Copyrights (and I know a fair number of dudes that totally buzz off that stuff), then you will definitely get a great deal from this release. I think the songs here are pretty good, but maybe they could’ve gone for the jugular a bit more, know whut I’m sayin’? If you liked the latest Alkaline Trio album from earlier this year, then I think you’ll want to give this a spin, too.

Check it on the player below: