Mentally, I associate Roadrunner with (back in the day) the early Sepultura back catalogue, dodgy Krishna hardcore like Shelter, and some dodgy tough guy hardcore ala Madball etc. Obviously there were some classics like Biohazard’s Urban Discipline too. Latterly (although realistically speaking this is 10 odd years back in terms of when I was last peripherally aware of what the label was up to), I think of it in terms of bad main stream metal favoured by juggalos and the Luke Elwicks (a.k.a. token intense guy with Weetabix beard from the Manchester metal scene back in the day) of this world – shout out to the old Rock World message board.

Roll on 2018, and I was surprised to see that Roadrunner (of all labels) are putting out the new record from Maryland’s Turnstile. Obviously, Turnstile put out the previous effort, Non Stop Feeling (back in 2015) through Reaper Records (I think it was possibly re-issued through Roadrunner, but could be wrong and can’t be arsed to look it up). I didn’t pay overly much attention at that time, as I wasn’t really feeling it. Loads of people I know were really digging it HARD, but the vibe just didn’t grab me, mate. I found it a bit too slow and spiritual. Having said that, I do need to go and listen back to it again, and see how I feel about it in the context of this new joint…

So, speaking then of this new joint, Time & Space has some pretty decent chops. Granted, in some parts it’s a bit slower than what I’d typically ask for from a hardcore record. The vocals, typically I’d find them a bit too clean and melodic – but it does kind of remind me of Civ (Gorilla Biscuits) and the vocal style from when the Beastie Boys used to rock out the odd hardcore jam (see some cuts from Ill Communication and the Alio e Oglio EP from the 1990s, plus the Some Old Bullshit compilation of shit from before they started rapping in earnest). Also the weird effects that put me in mind of Star Trek the Original Series and the weird vocal jazz-percussion interludes are pretty strange to me. As I suppose are the occasional sing-song backing vocals that put me in mind (weirdly) of that Fear Factory song where yer man goes “God gimme a pie!” or whatever he says. Who cares? Fear Factory were (and possibly still are, assuming they are still going) fairly dreadful. But damn, man, the constituent elements (of which these are but a few) of this record when taken as a whole, well it’s really working for me. Time & Space feels a good deal more aggressive and moshy than their last joint. I’m really digging on the snappy, crunching riffs and tightly clipped drum clauses.

I’m told it properly goes off live for these lads, and listening to this I can imagine why. This record seems to exude positive energy, and as I typically prefer things a bit darker, this has been like tipping a bucket of ice water over my head. Invigorating, mate. I repeatedly find myself compulsively nodding along to this. It fucking rules. From the big bombastic intro to Real Thing, just all the way through mate. I did find the riff in Big Smile a bit weird – it’s kinda reminiscent of a cheesy Status Quo style guitar line or something. And the weird Devo-esque synth line in High Pressure is just genius taken alongside the Biohazard worship of the overall track. 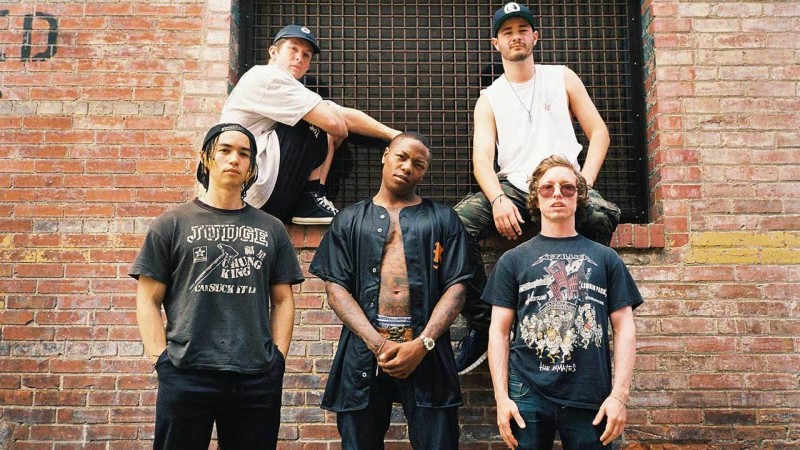 Some moments on here remind me of nothing so much as a positive version of Blood for Blood if you can imagine such a thing colliding with Meantime era Helmet (them riffs mate). Let the good times roll, I tell thee, for this record has all the bounce and crunch you could want or hope for. My top cuts are probably (Lost Another) Piece Of My World, Real Thing, Come Back For More and Can’t Get Away.