First off, apologies for the short delay in getting this written. Secondly, props to my man Alex Phelan for putting me on to this band, and this album. Thirdly, there is no thirdly…

So who are PUP? Their website will tell you absolutely fuck all of note, apart from they have an impending UK tour which will take in a whole bunch of stops (yay!). Their bandcamp page states: “We’re called PUP. We’re 4 dudes from Toronto. We play loud music. You’ll like it. Or maybe you won’t. Listen and love it / hate it / whatever.” Obviously, loads of people probably know this already, but the point of these things is to bring awareness to those drifting through their days, weeks and years in blissful ignorance. 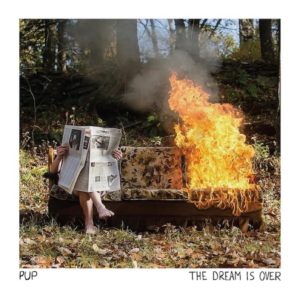 “Why should we listen to a word you say, Tony?” I hear you cry (at least in my tiny mind). Well, it’s pretty straightforward, really. It’s worth noting that I have a discerning ear. Also, generous chap that I am, I’m giving you the benefit of that discerning ear, and the benefits associated therewith.

This record is fairly staggering in scope, and covers a wide swath of worthy influences (unverified, so like, my opinion) that take in a variety of sounds from across the modern punk rock spectrum. I’ll make an attempt to summarise… so, er, bear with me, there’s a whole lot going on here. Now, from the opening strains of If This Tour Doesn’t Kill You (something of paean to inter band-member tour tensions and wanting to gouge out one’s own eyes with a power drill. Verily…), PUP have managed to pair the feel of thinking man’s trad emo heroes Cap’n Jazz to the sound encapsulated on (oddly) Brand New’s Deja Entendu (Triple Crown, 2003 – coincidentally, this translates roughly to ‘already heard’). But it doesn’t stop there – I’m hearing obvious pointers to other Canadian bands such as Propagandhi (from both their current prog-thrash stylings to their more classic agitated pop punk sound) and Grade at the peak of their output, say Under The Radar. The Grade influence then inevitably leads me to draw parallels to Spraynard’s Mable (Jade Tree, 2015 – one of my top releases from last year), particularly where we are talking big bombastic drums, stomp along riffage, heartfelt, no-holds-barred, rousing lyrics. 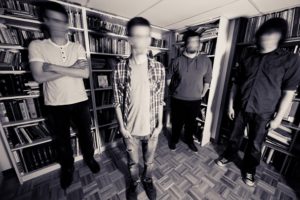 To leave the description there would be to completely sell this short, so I’ve got to mention that there are musically interesting references to the likes of Algernon Cadwallader’s mathy emo from Some Kind of Cadwallader (Big Scary Monsters Recording Company, 2008). This brings on some nostalgic memories of British bands from the 2000s like The Little Explorer, whose big, jarring, angular sounds were so evocative, not to mention their instrumental, more mellow and noodly alter ego, The Jesus Years. All this is delivered with the unselfconsciously indie overtones of Nothing Feels Good era Promise Ring (1997 Jade Tree), whilst stitched through with the jagged, snappy Fugazi meets Jawbreaker pop punk demonstrated on Joyce Manor’s self titled debut (6131 Records, 2011). 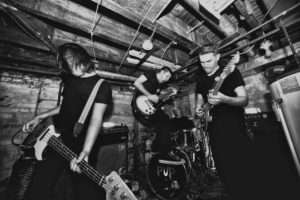 The over-arching themes of the album seem to lean heavily toward tour psychosis and failed relationships. Interestingly (at least to me), this is interwoven with tales and anecdotes of living or growing up in a provincial Canadian town (obviously bringing to mind The Weakerthans front-man John K Samson’s Provincial, ANTI- 2012). This is most clearly demonstrated on The Coast and album closer, Pine Point. The parallels to my own formative years in the social and cultural backwater that was (and is) Barnsley feel all too obvious, and this leads me to sympathise strongly. 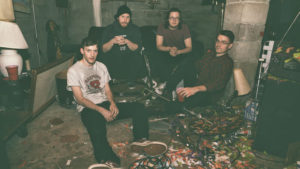 This record makes me feel like my youth has been restored. As if I’m no longer a jaded 39 year old longing for better musical times of yore. It’s impassioned, at times obnoxious, and carries through its entirety the kind of barely restrained energy that really makes me want to raise my fist, scream and shout (particularly Familiar Patterns – I never felt so shitty before! I never felt so miserable!). It’s all tackled with such panache and given so much welly that I find it impossible to sit still. I’ve found myself sat in my office finger pointing, foot stomping, head nodding, fist waving every time I’ve listened through this record. Bearing in mind my office has glass walls, and every fucker can see me twitching like an idiot… Bangers and hammers all the way, this.

In all honesty, for a wonder, I can’t find anything negative to say about this record from any perspective. Beyond that, well, this is already a hot contender for my album of the year for 2016.

As ever, I would invite you to investigate further, and to form your own opinions by taking a listen yourselves at https://puptheband.bandcamp.com
As mentioned earlier, PUP are due to embark on a UK tour from 29 August to 11 September. You can find specific tour dates and links to tickets from their website: http://www.puptheband.com