So just had a listen to the new 7in EP from Kitty Kat Fan Club, Songs about Cats. In short, I liked it. Jingly jangly pop punk with some synth sounds thrown in with catchy riffs and enough occasional pace to keep me interested. I’m pretty sure all the lyrics are about cats. Well, I guess the EP and band names do suggest that may be the case. 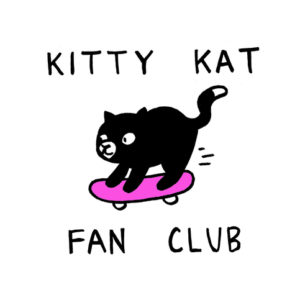 For me, this 7in is a throwback to my youth, where I would not listen to bands that had more than 148 fans (worldwide) and I wore so much make-up that I practically left a rainbow glitter trail . This band would have fit right into play lists consisting of Kenickie, the Delgados, Bis and Angelica (whose singer now fronts the Lovely Eggs).

The 90s aside, I am most reminded of Giant Drag’s first album – an album that reminds of my kitsch past, and that not all music has to be heavy and depressing. That fun music can still be made in the 21st century.

The band consists of Asian Man Records founder Mike Park, formally of The Bruce Lee Band, Skankin’ Pickle, Shinobu (note: as well as his solo acoustic releases – Tony of Nurgle), and members of Hard Girls. More info than that is hard to find. The Facebook page says that they are a funky metal band. That is not correct. Don’t listen to that. They are pretty likely from California unless they are doing some Postal Service type thing. 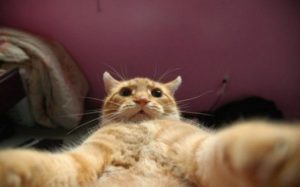 The EP opens with Talk About Love. The song starts with a synth intro that would not be out of place on an Epoxies album, albeit at a more relaxed pace. There is something there that reminds me of Kate Nash too. The song bounces along nicely with lovely little breaks and trills that make me want to sway from side to side. Damn, I’m gonna be doing that at the bus stop now aren’t I?

You Can Sleep On Top of Anything comes with a video, proudly promoted to have cost a grand $26 dollar to film on Mike Park’s Facebook page. You can watch the results below. This song is the most lo-fi on the EP, and a throw back that would not have sounded so out of place on an early Pavement album. A nice, chill-out song about a cat having a nap – and a pleasant way to finish a record.

with Monday Tuesday and immediately the vocals reminded me of the Britpop band Echobelly, a band I had mostly forgotten about. The only thing I actually liked about that band was the singer’s voice, so that is OK. The song itself is a lovely crafted pop song with the sort of self depreciation and hint of sadness that accompanied my favourite Kenickie songs. I’m not sure how much that tone was meant, but for me it sets the scene perfectly for what to expect from this EP. 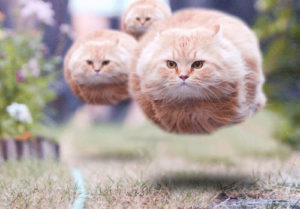 The second song, Take the World, takes the pace up a notch into more pop-punk territory. The riffs remind me of certain Urusei Yatsura songs with hints of the Donnas. This, here, is a very good thing. I loved Urusei loads and this is easily my favourite track on the EP. I know I would have played this at a club night, back in the day (I used to DJ). That said, listening to the lyrics; pretty sure the ‘cat’ in question smashed up the place. Not sure I would have taken this as a chance to write an ode to said cat, personally.

All in all, a lovely little EP. What you hear is what you get, I doubt that multiple listens will have me notice a complex hidden melody – but I don’t always want that. When it comes to kitsch pop-punk I want something I can sing along to badly and bounce around the dance floor to. Songs that make me smile when I hear them. Judging by the year so far, 2016 needs more music to make us smile.

The lyrics are all about cats. Did I mention that? Maybe I am missing some deeper allegorical message in the lyrics? Is the apocalypse being foretold?

Nope. Pretty sure they are all about cats doing cat things.

Go grab it. The pressing is limited to 500 lovely coloured 7ins, and apparently once they are gone, they are gone. I’ll bang the link below.