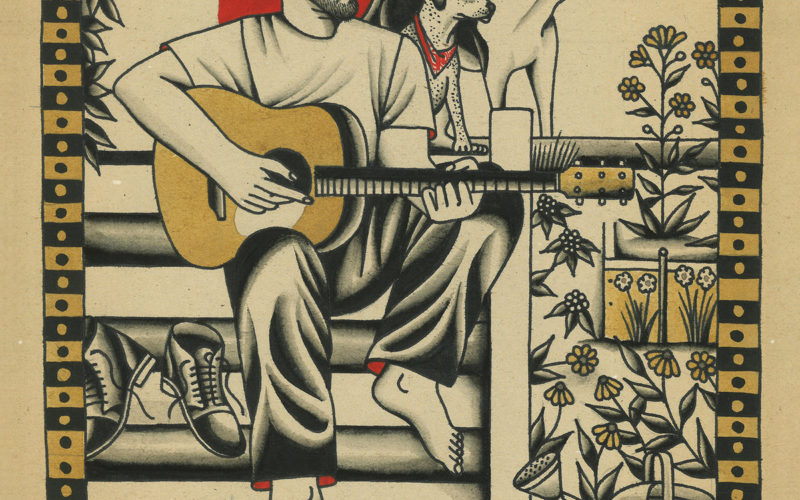 Anyone that knows me knows that I’m a massive advocate of the works of seminal Richmond (Virginia, not on-Thames) hardcore punk combo Avail. Although they have recently reformed to play a few reunion shows, it’s anyone’s guess as to whether or not this will actually lead to the recording and release of any new music. Thankfully, frontman Tim Barry has been releasing solo records on a semi-regular basis since the mid-2000s.

Obviously these are something of (but not a complete) departure from the classic Avail sound. Avail had a Dixie-fried kinda country and bluegrass element to their no holds barred, swaggering take on the hardcore punk / melodic hardcore sound. Call it what you want, it all boils down to shades of the same thing innit. Tim Barry as a solo artist has fully embraced the aforementioned more traditional stylings of the southern American states and has and continues to put his own stamp on it.

One of the things that comes across on Tim’s latest LP, Spring Hill (and realistically the rest of his solo back catalogue) is a seeming battle between the familial contentment of being a bit of a home-body and the irrepressible urge to escape in solitude into the wide openess of the US. I suppose it’s no big reveal that one of Tim’s greatest pleasures in life is jumping cargo trains and travelling the vast expanse of open country. As an extreme introvert myself, I can appreciate the attraction of aimlessly adventuring as some kind of escape from the constant noise and overstimulation of everyday life.

Campfire drinking songs abound here (Corner Store). As do front porch rocking chair banjo ticklers. The feels range from upbeat to maudlin, and it’s entirely glorious. There’s even ‘Dad’s iPad’ to inject a bit of humour into procedings, taking a rye look at where older people and technology collide with bizarre and/or hilarious results (“yer ma shares missing dog Facebook posts from other countries” spring to mind, anyone?). Shout out to the welocme but unexpected cover of the classic Swann Street by Three (originally featured on Dark Days Coming, released back in 1989 on Dischord).

What is apparent throughout is Tim’s passion for his art. This shines through equally from stripped back numbers to those where other stringed instruments from fiddle to pedal steel (or is it slide guitar? Anyway Bella & Charlie for example) are used to add textural depth, and backing vocals are interwoven for a bit of lift. I seemingly have a lot of love for whatever Tim turns his hand to; he’s one of the best to ever do it.

Spring Hill is available from Tim Barry’s webstore and decent indie retailers on a variety of coloured vinyl options (I got a beer/black galaxy).

Carolina’s RV serves as something of a companion piece to Spring Hill. The title track interestingly enough, appeared originally on the Laurel Street Demo 2005, so it’s cool to see that being revisited, some 17 years later for a bit of a freshen up. Fair to say both versions have their attraction for me though. Second song on side A is a cover of Wreck of Old 97 a traditional song thought to have first been recored by Henry Whitter (later covered by Johnny Cash amongst many others). This song relates the story of a mail train accident on the Great Southern Railroad in 1897, so it’s no real surprise that there’s an interest here for Tim given his aforementioned hobby.

Another returning motif here is that of taking the law into one’s own hands as a reprisal for domestic violence, with Clem’s Court Date (see also Dog Bumped from 2006’s Rivanna Junction LP). Closing out procedings, we have another cover of a traditional folk song; this time of ‘Who’s Gonna Shoe Those Pretty Little Feet’ most famously recorded by Woody Guthrie. Interestingly enough, this song is often cited as an Americanised version of The Lass of Loch Royal which has it’s origins in Scotland. Who knew? Anyway, it’s presented here as a strong ballad promoting female independence from patriarchal society.

Carolina’s RV is available from the Tim Barry webstore or decent indie retailers on transparent beer with red splatter.