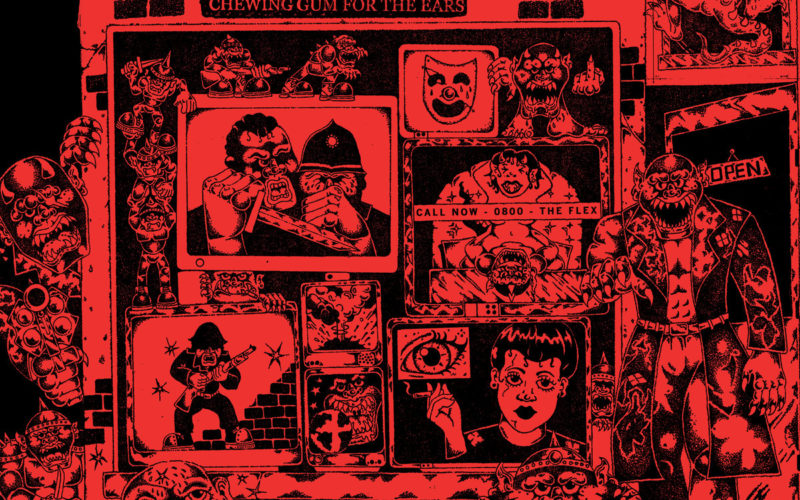 For the benefit of the unfamiliar, The Flex are a hardcore punk band from Leeds. The line-up features members of Violent Reaction and Arms Race amongst others. According to NoEcho, The Flex are credited as being one of the “progenitors” of what was at the time (early 2010s) hailed as the “new wave of British hardcore”. Remember by the way how Lars Ulrich used to blather on tirelessly (and incredibly tiresomely) about the new wave of British heavy metal? Anyway, yeah. Fair to say these guys were part of a paradigm shift of sorts, and also the last remaining band from that particular wave of hardcore.

This is meat n’ spuds hardcore punk in the purest sense. Sometimes frills are completely unnecessary when a boots and braces approach will do just fine. Sound-wise, not much has changed from previous releases. The core of the sound runs pretty much true to those of SSD and Agnostic Front, encapsulating the vital energy of where Oi! and hardcore collided around 1982. The US influences are of course tempered by your UK82 influences ala GBH and UK Subs and the like. I suppose the key difference is that this doesn’t sound like it was recorded in a tin shack at the bottom of a mine shaft.

All of this of course comes with a more up-to-date Boston influence. Think The Boston Strangler (the band not the bloke) meets The Rival Mob and you’ll not be far off. Whilst it’s nowt you’ve not heard before, there’s no real reason to fuck with a winning formula. The Flex are good enough at what they do not to come across as cheap knock-offs, and realistically that’s good enough for me.

Static Shock Records have sold out of their copies, but you can try your luck at decent distros, independent record shops or a gig.