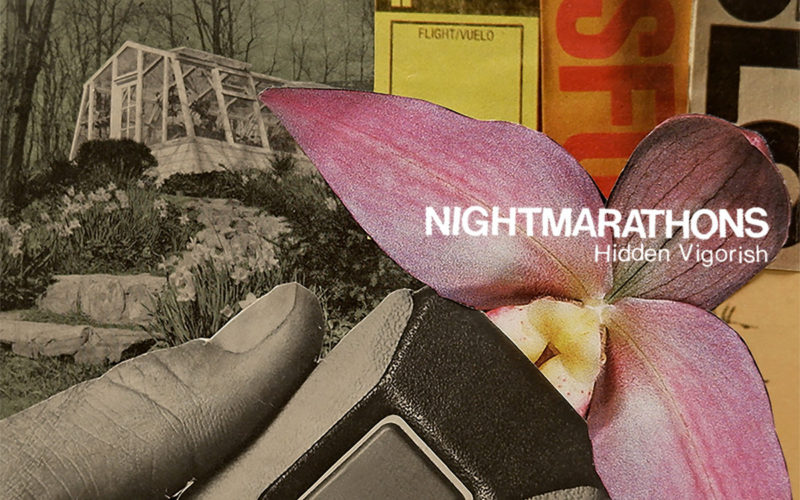 Nightmarathons are from Pittsburgh, Pennsylvania. According to their bandcamp page, “Nightmarathons melds varying punk, post punk, and first-wave emo influences to create their own unique take on melodic punk rock music.” ‘Hidden Vigorish’ is their second LP, following on from 2019’s ‘Missing Parts’.

The promotional blurb supplied doesn’t offer a whole host of additional information, beyond suggesting that this band would be suitable FFO: Against Me!, Anti-Flag, Iron Chic, Off With Their Heads, RVIVR. Yep, from listening through I can take all of those suggestions on board, at least to an extent, apart from Anti-Flag. For me Anti-Flag have always represented that very Halloween costume version of street punk; the one where you get a rubber scalp with a fake polyester Mohican stuck on it. I don’t doubt they mean well or whatever, but it certainly comes off as pretty plastic-like.

I guess most prevalent in the sound is the Against Me! kinda thing. That’s apparent in the passion and tone with which the vocal lines are delivered, which feels very ‘Reinventing Axl Rose’. Musically, I’m more thinking ‘The Eternal Cowboy’ and ‘Searching for a Former Clarity’. Y’know, I love those albums. For me, bands like RVIVR and Iron Chic have a much more indie rock element to mellow out the punk rock side of their sound, whereas Nightmarathons seem to be aiming for the more anthemic sound Rise Against had on songs like tedious almost radio-hit, ‘Ready to Fall’. Which I’m sure is fine if you want to get on playlists on Spotify. And y’know, I’ve not held much truck with Rise Against since ‘The Unravelling’ (which still slaps hard by the way).

I suppose ‘Hidden Vigorish’ as a record is, um, fine. It’s not great, and it’s not terrible. Personally speaking, I don’t see any reason why I would ever decide to listen to ‘Hidden Vigorish’ over any of the first three Against Me! Records. However, if I went to someone’s house and this was playing it wouldn’t make me do a sick in my mouth or anything. Probably anyone that hasn’t heard the first three Against Me! records is gonna think this is pretty great, to be honest. For me though, I kind of feel like Nightmarathons are more imitating their obvious heroes rather than paying an inventive tribute in an overly convincing way. What the hell do I know? Have a listen for yourself, you may well love it.

I would definitely be interested in hearing what they do in the future, particularly in terms of forging a sound that’s more definitively their own. I do genuinely feel like there is the vague promise of something pretty special waiting to develop here, but on this record it’s not coming through strongly enough quite yet.