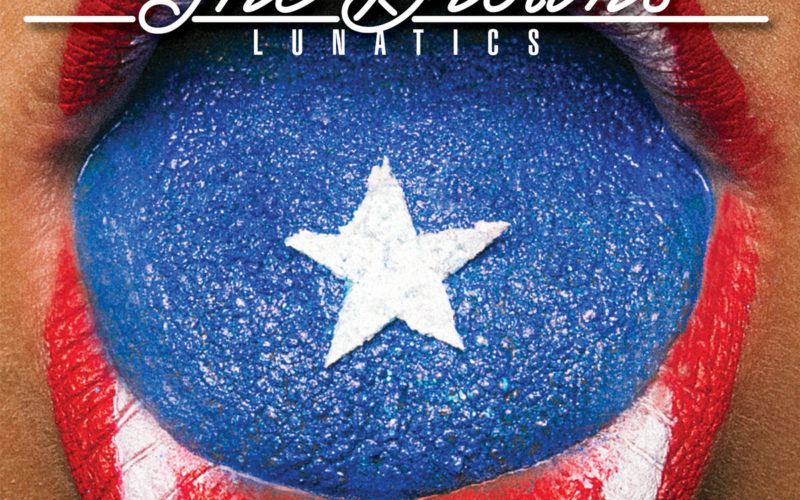 Lunatics is the new EP from Seattle’s The Drowns. It’s a 6 track EP too, which is cool. Y’know, like a proper EP used to be back in the day? The opening fill kicks in like a Good Riddance song, then hits a supersonic Status Quo type thing with echos of the Kings of Nuthin’ (remember them?).

It’s a very rock n roll start to things and a slight departure from their earlier more street punk
stuff, but its very cool. There’s shades of Stiff Little Fingers and oddly The Grit as we progress,
but it all works very well.

The tunes are catchy as hell. As I get older it’s rare I find something that hits so instantly. The
lyrical phrasing is awesome, and although the themes are stuff you’ve doubtless come across before, when it’s done as well as it is here, it’s fantastic. There’s enough of an Oi!/Street Punk sound running through this to keep existing fans more than satisfied, but the songwriting and musicality of this really does elevate them above the vast majority of their peers.

There’s a bit of a pallette cleanser towards the end, which strays right into Springsteen territory. It’s quite a fine line to walk, but the lyrical content and ballsy delivery takes it over the line. Punk rock Springsteen? Many have tried. To be fair, in this case The Boss would have payed top dollar for these tunes.

The finalè takes us veering into Tom Petty country; I can’t help but be thinking that if Green Day put this out, it would probably be a top 5 single.

The Drowns are a punk rock band that clearly give a shit about what they’re giving you. It’s a great fucking record and you should definitely own it. It’s out on the 6th May from Pirates Press Records on white with red and blue splatter, blood red, or black 12in vinyl.