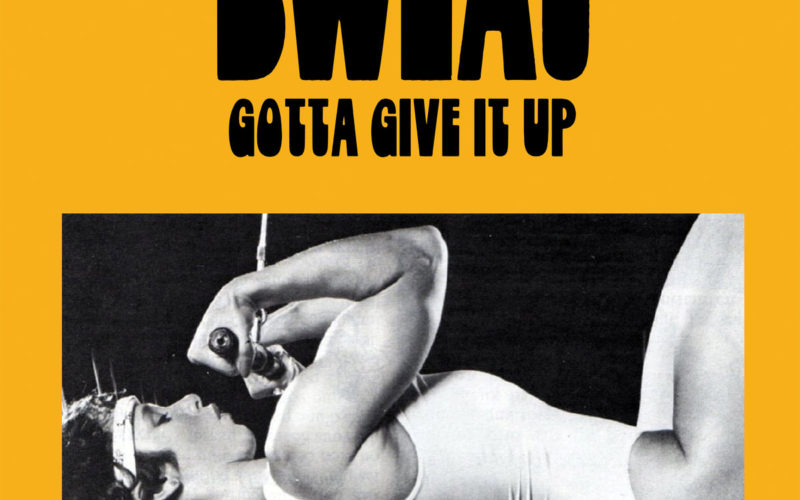 Sweat are a power trio from LA. They are able to boast members of Graf Orlock and Ghostlimb amongst their ranks (if you can have ranks when there’s 3 of you, I suppose). Obviously you’d probably be thinking in terms of screamo / emo violence when those kinds of names are thrown into the mix, but this record strides with purpose into territory more associated with straight up hardcore punk…

…and wanders off in varying directions from there.

There’s a whole lot going on here. At first I felt like I was being led down a Keith Morris era Black Flag path, only given a Blacklisted style tune-up. It doesn’t take much time before you start to notice this kind of pulsating Doomriders kind of groove that holds forth throughout the album.
The pace varies quite a bit throughout, from almost Infest levels of intensity to what I can only describe as Planes Mistaken for Stars meets Amyl & The Sniffers by way of Thin Lizzy.

Something that really strikes me about this record is how well it seems to have been put together. The individual songs sinuously weave into each other without any seeming effort. Rather than being left breathless, I feel like I’m being willingly carried along in a raging torrent, and loving every fucking minute of it, mate.

Punctuating the whole experience are the vocals of Tuna Tardugno (I’m kind of wondering if someone actually named their daughter after a massive seafaring fish or what?). The delivery is furious and visceral, veering wildly from clip-emptying semi-automatic weapons fire to individual words being bitten off at spat out in gore dripping chunks. Think what it could sound like if the singer from AC/DC had any actual balls and street cred and you’ll not be far off.

The whole experience is like being in a sweaty, unventilated room; oppressively hot yet you feel incredibly elated and alive or some shit. It’s fucking great, this.

Gotta Give It Up is available from the Pirates Press Records webstore on a range of colour vinyl options. Specialist Subject Records in the UK have this in stock also.