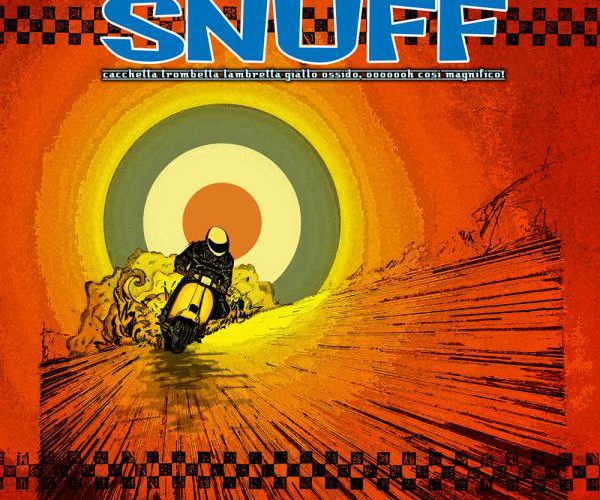 That’s the album title, rolls right off the tongue.

People (gatekeeper purist types) often say “You always remember your first record, but who remembers their first download?”. Well, I do and it was Caught In Session by Snuff from the Fat
Wreck website. It took ages to download too, and I had to watch that Weezer vid that came with Windows 95 about a thousand times! However, since that point I’ve been a fan of Snuff, I had a fake ID to watch them in Stoke and I saw Less Than Jake open for them, they were also one of the more recent bands I saw in Manchester just before Christmas. For me, one of the most important bands ever.

Anyway, fan status disclosure over and on to the album. The band stripped back to write as a three piece then brought in their trademark organ and sax once they were happy that the songs could stand up on their own.

There isn’t a band that sounds like Snuff, the vocals are about as distinctive as they get and they’ve got a sound that’s just, well, Snuff. This album has the feel of some of their earlier output, but with the benefit of decades of songwriting. They can list from sublime to ridiculous seemingly effortlessly, this album sees them staying predominantly in the sublime camp, there are some genuinely life affirming uplifting moments in here and it feels like an old friend has popped round for a cup of tea.

Production is on point thanks to the fantastic Pat Collier. Keeping the record to 10 songs also keeps it lean and to the point; all the fat is trimmed and you are left with an absolute banger. It’s fair to say that along with The Wrath of Thoth EP, and the addtion of Dan Goatham from Spoilers to the line-up, that the current iteration of Snuff has seen the band regain their focus, writing great songs and keeping the daftness to a minimum. Cushty.

There’s nothing I don’t like about this record, except maybe struggling to pronounce it, so I’ll just say, the new Snuff record is great!