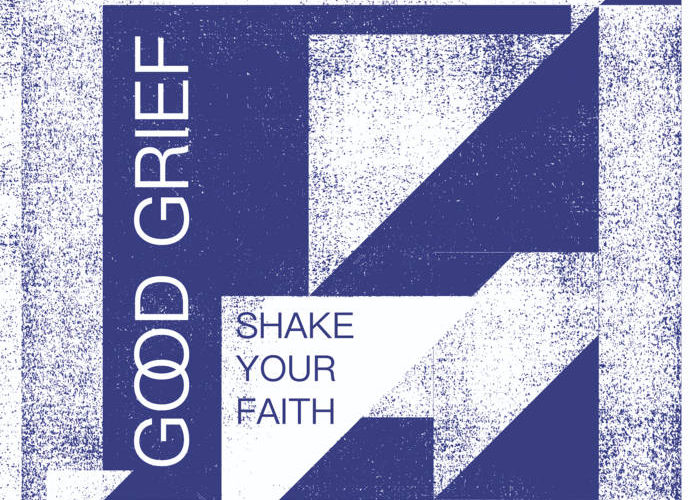 Good Grief are from Liverpool and have been around for a bit now. Probably over a decade at this point. Seemingly this is their first full length, following on from a slew of split 7in records and compilation appearances sporadically released since back whenever. The trio self-describe as playing “indie rock / punk”. Realistically, that’s a fairly broad purview, so let’s find out a bit more…

I’ve had some acquaintance with Will Fitzpatrick and Matiss Dale (vocals / guitar and drums respectively) over the years (although Matiss has permanently the left the band since recording, he’s recently been replaced by Gareth of Swansea band Dividers, who I’m assured has been a great fit). So, anyway, it came as no major surprise to me that there’s some pretty heavy Superchunk-isms in evidence here. Face it, if you are going to pull off sounding akin to Mac McCaughan’s mighty ‘Chunk, then you are going to need some serious chops.

Clearly this lot have put in the hard yards, here. Some would say that nostalgia is the prime domain of old farts with a penchant for classic ales (seemingly I fit the target market then!). Shake Your Faith however does a bit more than give a light doff of the cap to the late 80s and early 90s. The sound here harkens back to when indie rock truly meant something. Muscular yet awkward dynamism found where guitar textures that are a bit too rich for the palate of your typical Mancunian monkey-walking Stone Roses fancying cro-magnon type grapple with drum patterns that sit outside the straight forward without veering into neckbeardy math territories.

Musically I find myself adrift on a sea of the aforementioned Superchunk vibes, which feels very topical with the release of Wild Loneliness in February this year (it’s well worth your hard-earned by the way). To write this of as a Superchunk rip-off would be a massive diservice. Fans of stuff that would unquestionably mark you out as unpopular when I was in high school / sixth form college should note predilictions for the likes of Archers of Loaf’s Icky Mettle, Sebadoh’s Bubble + Scrape and Bakesale albums, not to mention a golden shower of melodies ala Teenage Fanclub, Sugar, and of course a bit of mid-period Husker Du (think Flip Your Wig / Zen Arcade).

Yet this is all leant a distinct British flavour. I was particularly put in mind of the much loved and missed Pylon (the Wakefield one, not the one from Athens, Georgia who I’m sure must also be missed based on the amount of reissues doing the rounds recently). Obviously, you can’t wash the Scouse out of a Scouser, and why would you want to? Awkward introversion mixes very well with “thinkers” working class concerns here, and if you think that wouldn’t add a further layer of authenticity, then you are a blimmin’ idiot, mate.

To be honest, I didn’t expect in 2022 to be hearing a UK band making an album like this that sounds this great. I feel like my life has become somewhat more enriched by having heard this record many multiple times over the last few weeks. There’s something really affirming about being able to say with utter confidence “yeah, I totally get this”.

There’s not many copies left in the UK based on what I’ve been told. The remaining copies are an edition of 90 in handscreened fold out sleeve with handstamped centre labels on classic black. Available from the Good Grief bandcamp page or from the band at a gig. American shoppers can get this on the HHBTM bandcamp page on yellow vinyl (they’ve conversely sold out of the black).