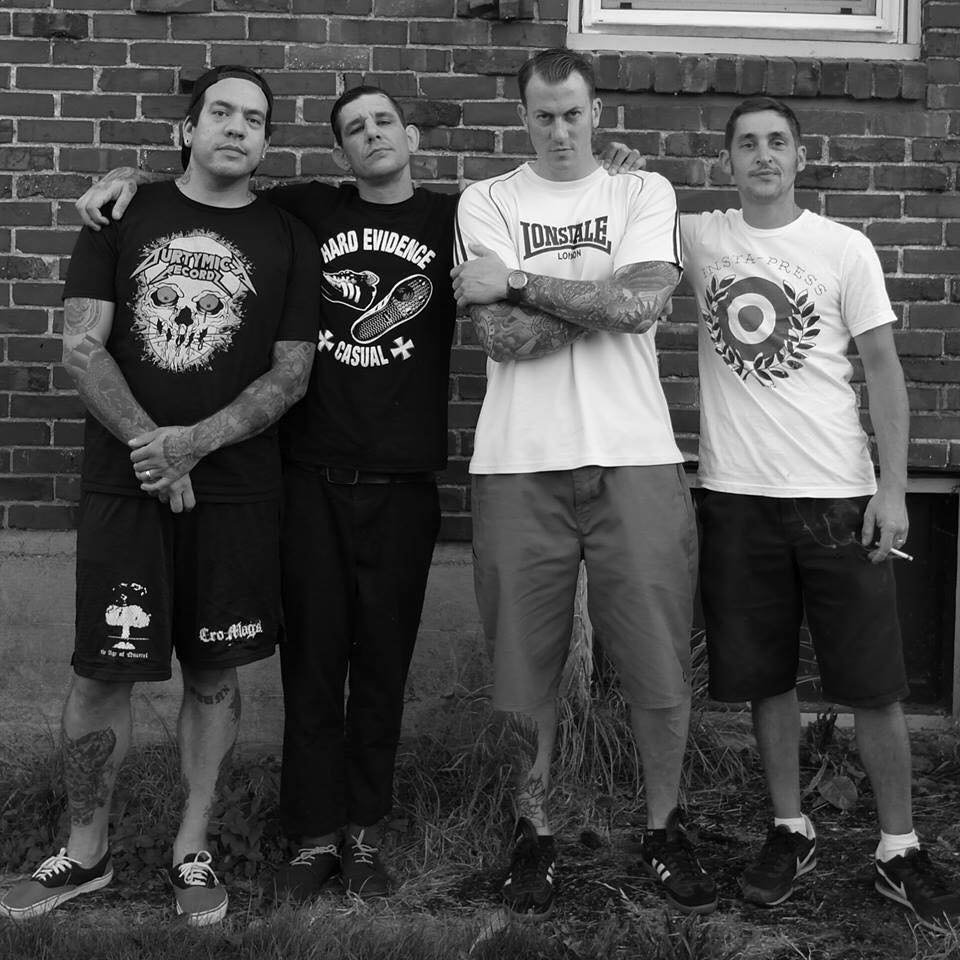 NOi!SE are the thinking mans Oi! band, which isn’t as rare as you might think, beneath the beer and hooligan songs you can often find some gems. For this band though, it’s front and centre, they have two new singles out on Pirates Press, so lets give them a whirl. 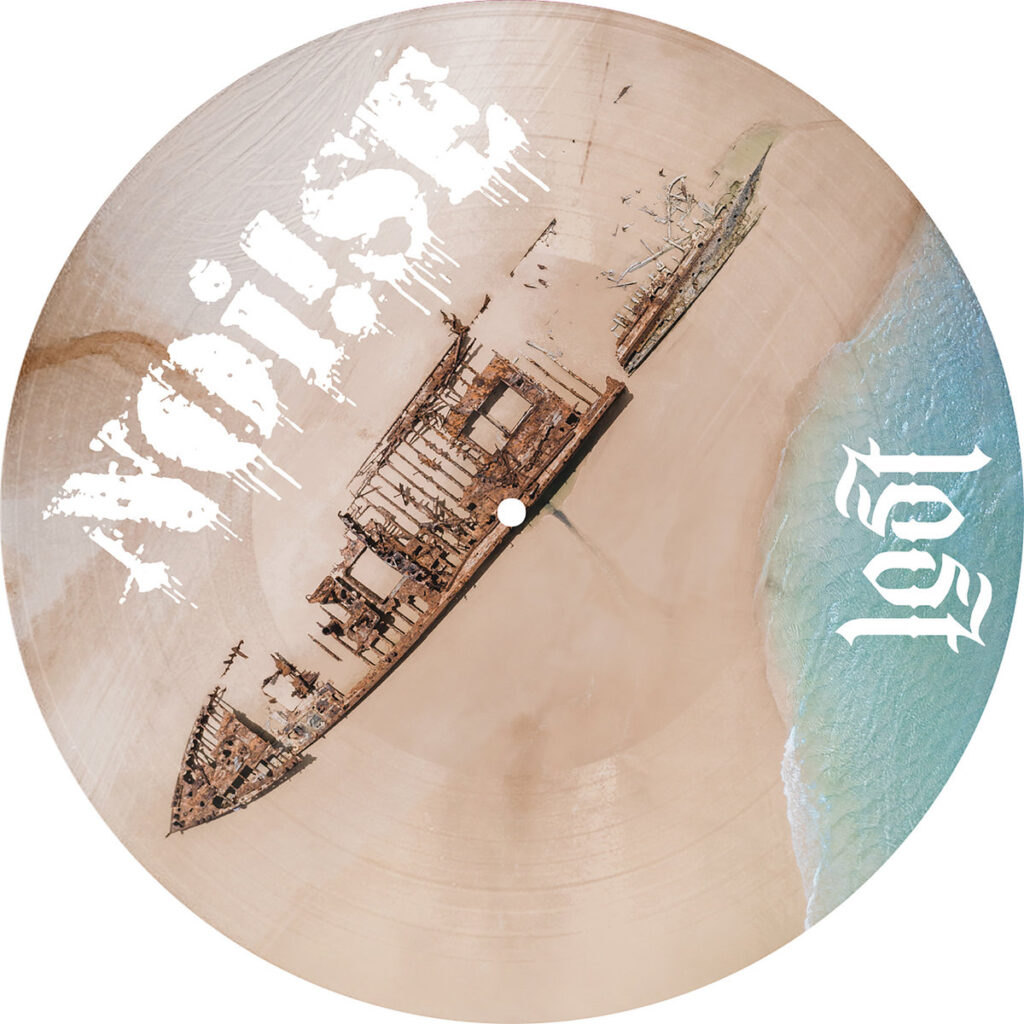 ‘Lost’ is the first up, the first comparison that springs to mind is Leatherface, it sounds cool, the lyrics are pretty poetic and laments how we (presumably collectively) have lost our way, ‘what has anger done?’ seems a straightforward but particularly relevant lyric, I don’t think I know a single person who isn’t pissed off about something at the moment, but their anger hasn’t done a single thing to improve their situation. The music is interesting, it’s smart and it’s a good tune. The only thing that ruins it for me are some wayward hi-hats, almost sounds like a mis-trigger in places, it could just be some syncopation I don’t understand, but it’s right in the middle of the song and is the sort of thing that really niggles once you notice it, so pray nobody points it out to you! 8/10. 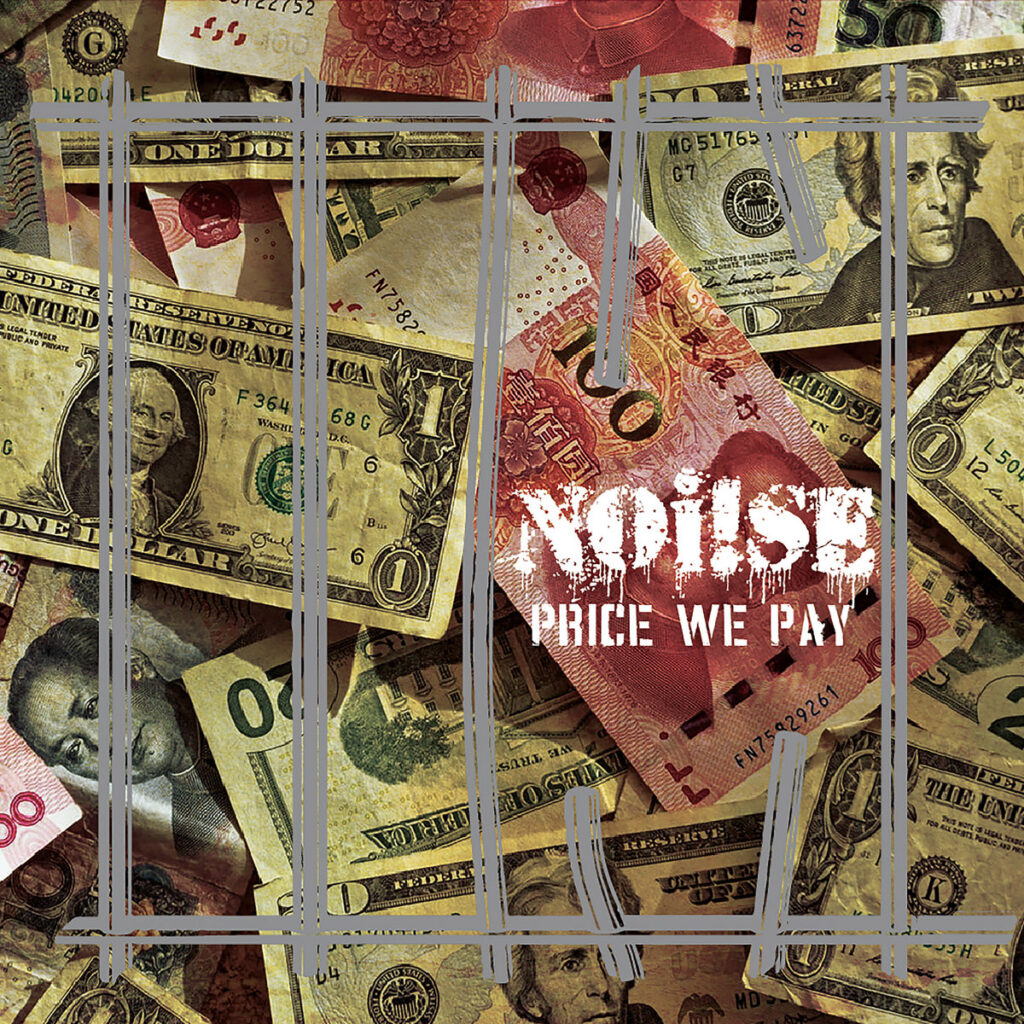 ‘Price We Pay’ takes on the prison crisis in the USA. This is a pretty hefty subject matter and I have a lot of respect for a band willing to push themselves to pick up specific causes in what they sing about. It’s also good, and much like the previous track, it’s got that Leatherface feel. Although this one tilts more towards the straight up Street Punk side of things, I’d be incredibly surprised if they didn’t study at the guitar school of the late great Dickie Hammond. It’s gutsy and powerful, it’s making a statement, I’m not sure what more you’d want from a punk record. 8/10 Words: Bundie 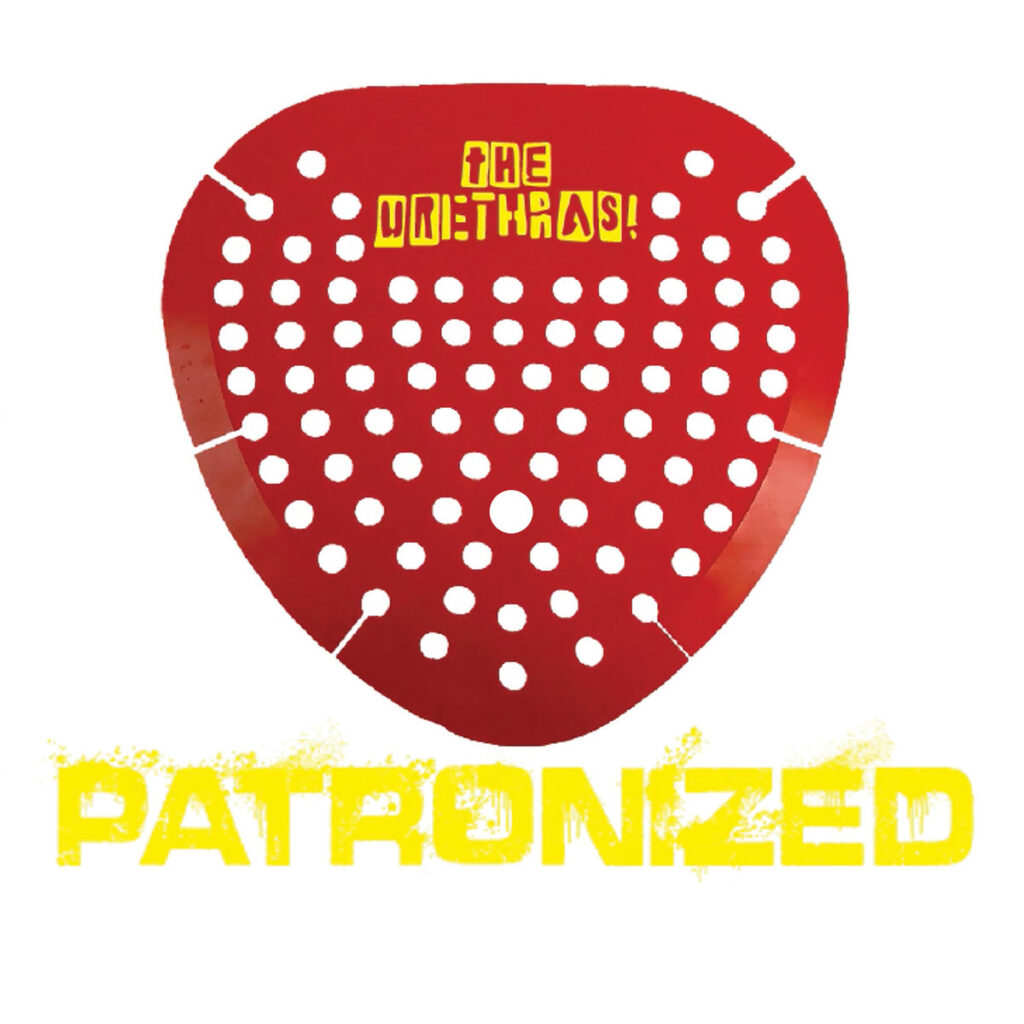 Hailing from California, The Urethras are billed as the ‘high schoolers voted most likely to start a circle pit’. Taking that into account, the fact that the single is called ‘Patronized’, and that I am rapidly approaching 40, I guess they won’t really care what I have to say…

Which is a shame, because I like it. In a world where all teenagers seem to be contented with the dullest of acoustic drivel and low-fi cool blandness it’s nice to hear some pissed off kids. Although they don’t appear to pissed of about anything in particular? Just the usual stuff (they probably just want a Pepsi right?). 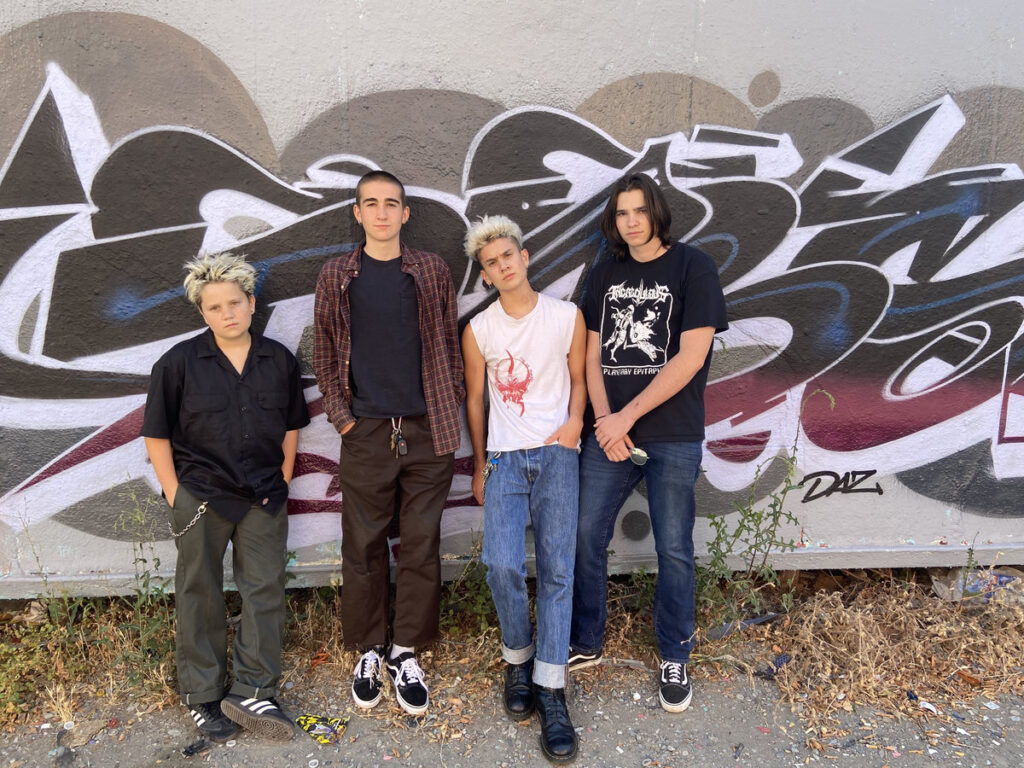 It’s fast it’s brash, and it might actually be slightly too long – although it only clocks in at 2.13. The kids can definitely play, and it’s fast and snotty hardcore as you’d expect. It’s done well, but I think there is probably room to expand a little and define their own sound without losing the urgency they have in abundance .

I’ll finish off as condescendingly as humanly possible, as I feel is the appropriate way to sign off: The Urtethas show great promise and could go on to do great things, they just need to apply themselves and make sure they don’t end up hanging out with the right crowd. Stay angry kids! 7/10 Words: Bundie 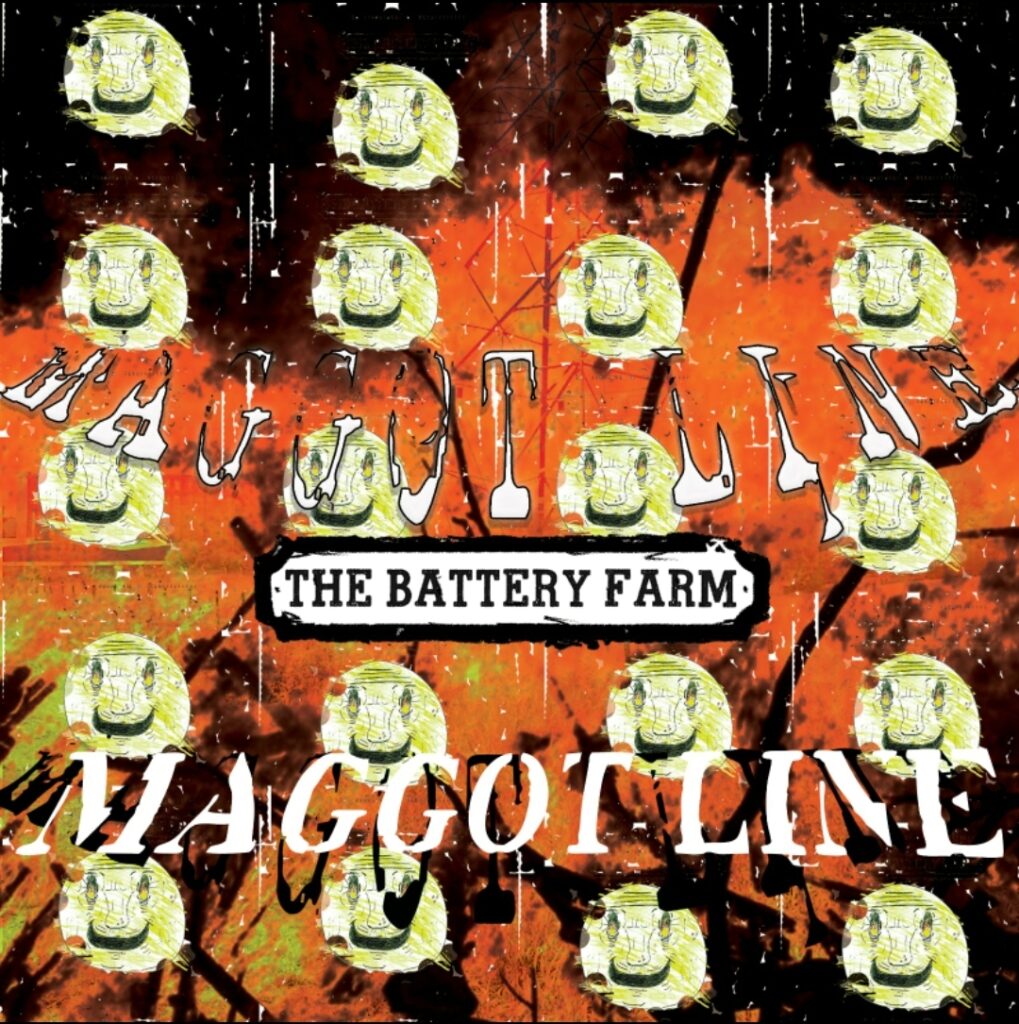 The Battery Farm, in their email to me proudly proclaim that they are “a gutter punk band from Manchester”, and that this song, Maggot Line is the lead single from their forthcoming EP, Unstoppable Pain, and their 5th single overall. It’s about “the climate crisis and economical apartheid which will occur as a result of it”.

I can’t really fault the message here, which is really admirable. More and more citizens of this toilet of a country are being pushed into domestic fuel poverty with a parallel inevitability to a skid mark being pissed off the inside of a bog bowl in a grotty pub. 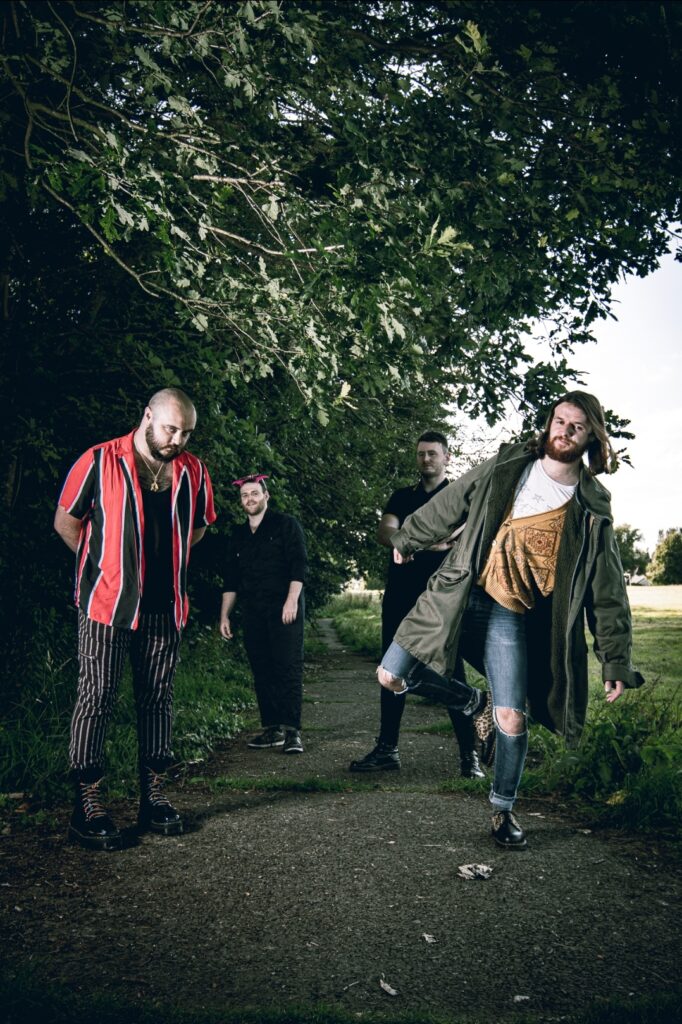 Musically, tips are being taken here from the likes of the UK Subs, Anti-Flag and a smattering of Cock Sparrer. Without wanting to go off on a tirade of expletive-ridden invective about how woefully god-fucking-awful Anti-Flag are (oops), this sounds like a worse version of ultimate image punks, The Casualties, only played even more sloppily, with way less imagination, and at half-speed. Tony of Nurgle rating: 2/10