Fat Wreck Chords, long time listener, first timer reviewer… here we go then with Get Dead’s ‘Dancing The Curse’. I have to admit to not knowing too much about these guys, the promo blurb paints the picture of a band that covers a lot of bases from hardcore, to near country in a trait labelled as ‘sonic detours’, that’s got me a little worried to start off with, I’ve also read there’s hip hop intro, so I’m wary.

I don’t know much about Hip Hop, however this intro seems pretty tastefully done, which considering the absolute car crash it could have been is a blessing, I’d go out on a limb and say I actually quite like it. It’s also pretty short and we are into slightly more familiar territory of sort of Ska Punk, but it’s still got that Hip Hop thing going on, it’s a sound that quite a lot of the more modern UK Ska Punk bands have, I’m also getting a later era Clash sort of feel. 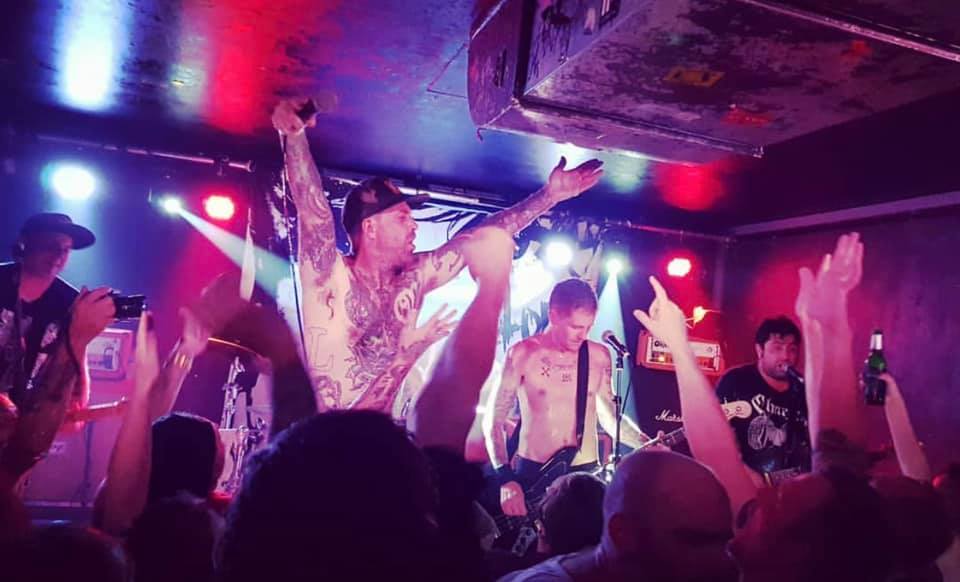 As we progress on this album is feeling familiar yet pretty modern at the same time, the production is immaculate, and comes courtesy of Fat’s inhouse D-Composers team with the addition of Chris Duggen who engineers Green Day, so I guess if the production was shit you’d have to wonder what had possibly happened.

Going to have to take a quick side step here, Track 5 – Glitch has just come on and I’ve played it back a couple of times, it dials everything down and gives a really relatable breakdown of the non-music side of being part of a touring band, I generally don’t like to be down on my days of touring, but this taps directly into a feeling that transports me back to that point in my life, it’s hard to explain, sort of a passing hopelessness that comes from living in your own little bubble of no sleep and poor choices, don’t get me wrong being in a touring band is one of the greatest things I ever did and I would heartily recommend it, but this song nails those moments of complete disconnection that also come as part of the deal.

Unfortunately this is followed up by ‘Confrontation’ which just feels a bit lazy compared to the care taken over the first chunk of the record, ‘Fuck the left Fuck The right’ such things as punching Swazis of Nazis, I don’t know, we can all get behind the sentiment and everything, but it just seems a bit weak. 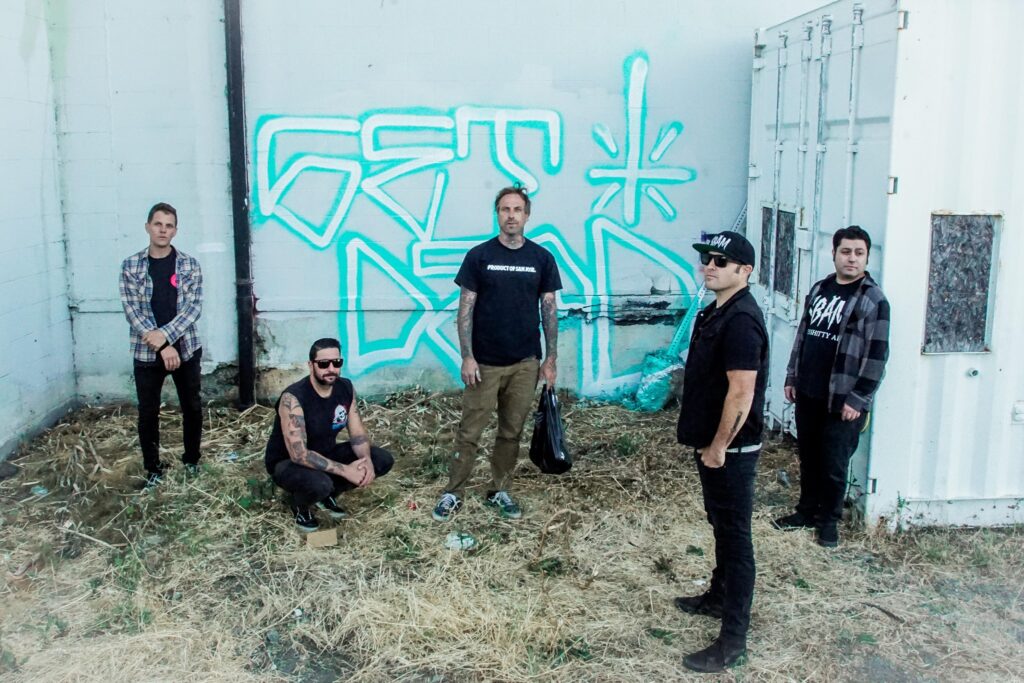 Once that’s out of the way though we are back on track, there’s that definite Fat Wreck feel to everything, but there’s loads of other elements as well. There’s a few thing’s I was confident I was going to complain about, firstly that it’s ‘over-produced’, but it isn’t, they’ve used the production almost as additional instrumentation, every element feels thought through and it’s just a great sounding record. You get the impression it’s going to be a rougher offering in a live capacity, but that’s also a pretty enticing proposition. I was also convinced I was going to get annoyed at the varying influences, hence my ‘sonic detours’ dig at the start, but this works as a record in it’s own right, the sound is consistent throughout and it works.

I highly doubt I was the target audience when making this record, but, I like it a lot. I’ll definitely be listening to their previous releases after this. If it wasn’t for the one track I didn’t like this would be a 10, but it really sticks out to me in an otherwise tastefully put together album that manages to take in various influences without ever losing it’s own identity, so 9/10 from me.

You can find out for yourself on the player below anyway, as it’s out now on Fat Wreck Chords and is available through all the usual decent outlets.