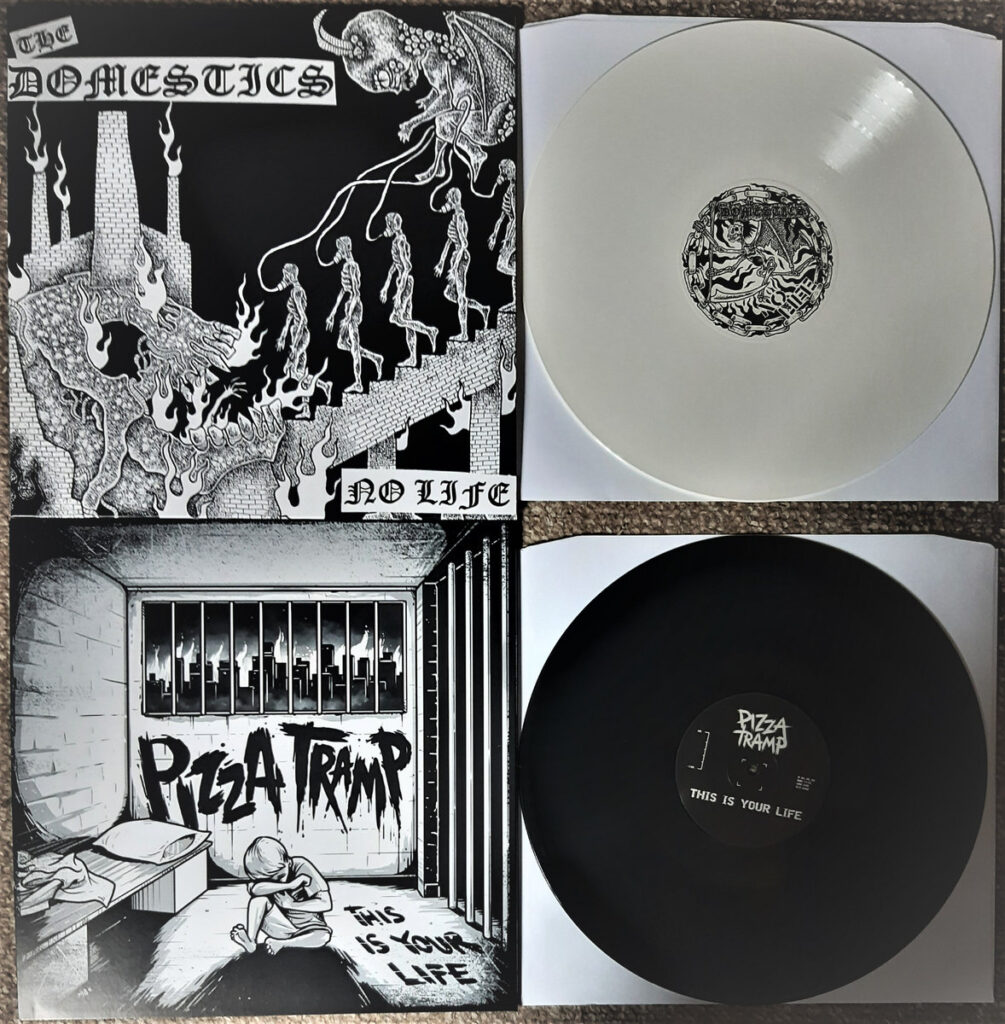 By now, these bands should need no introduction, so I’m probably not really going to bother too much. The idea on this split was to have two bands that are known for short and fast songs to produce one long ‘un each (approx. 11 minutes each, like). As far as similar ideas go, think of NOFX’s The Decline. It’s not the first time these two have teamed up neither. They did a split 5in record (a format at least twice as annoying as the much reviled 10in record) where they produced three songs each in less than a minute per side.

The Domestics are a brutal, steel toe-cap cloaked kick to your pork-hole from wilds of East Anglia. Mainly noted for off the chain DIY hardcore punk meets street punk meets anarcho style head stomping romp-alongs. What’s their take on a long song like, then? Hmmm. About the most sensible analogy would be the classic Age of Quarrel era Cro-Mags line-up “reinterpretting” The Who’s rock opera, Tommy, but with Paul Bearer from Sheer Terror on guest vocals. Fuck me, this is beligerent as owt, mate. With cellos. As preposterous as that idea might sound, this is completely and utterly inspired. Oooof! 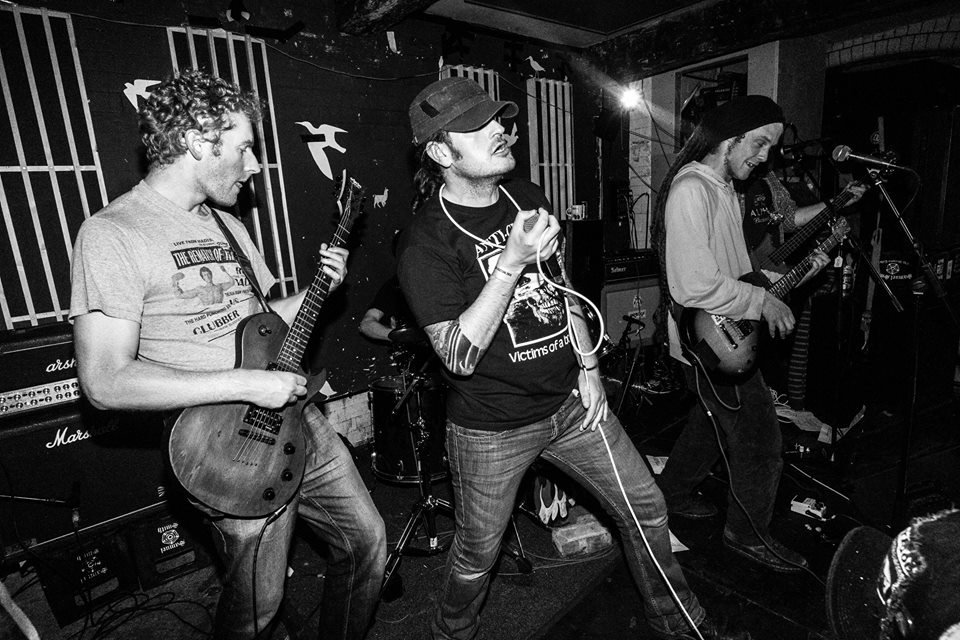 On the flip, Pizzatramp are from the squalid depths of Wales. Most notably famed for the amount of cheap alcohol and cheap narcotics they can imbibe, plus playing a fairly decent take on the crossover thrash thing. Recently I’d said of their last release that I was getting a bit bored of this lot. Hearing this has given me cause to re-evaluate matters. As fond as I am of sub 2 minute blasts of fury, where no fucking about is top priority, I did spend an awful lot of time at highschool (finishing the summmer of ’93 for context) listening to the popular thrash bands of that era, plus an introductory array of what I would later learn were crossover bands. So yeah, I’m keen on longer songs too, provided it’s in context and not boring, and furious. The Pizzatramp lads have succeeded pretty well here in my opinion, producing what I’d loosely term as a more straight ahead version of early 90s Suicidal Tendencies meets early 90s Corrosion of Conformity. Pretty decent. All is forgiven. 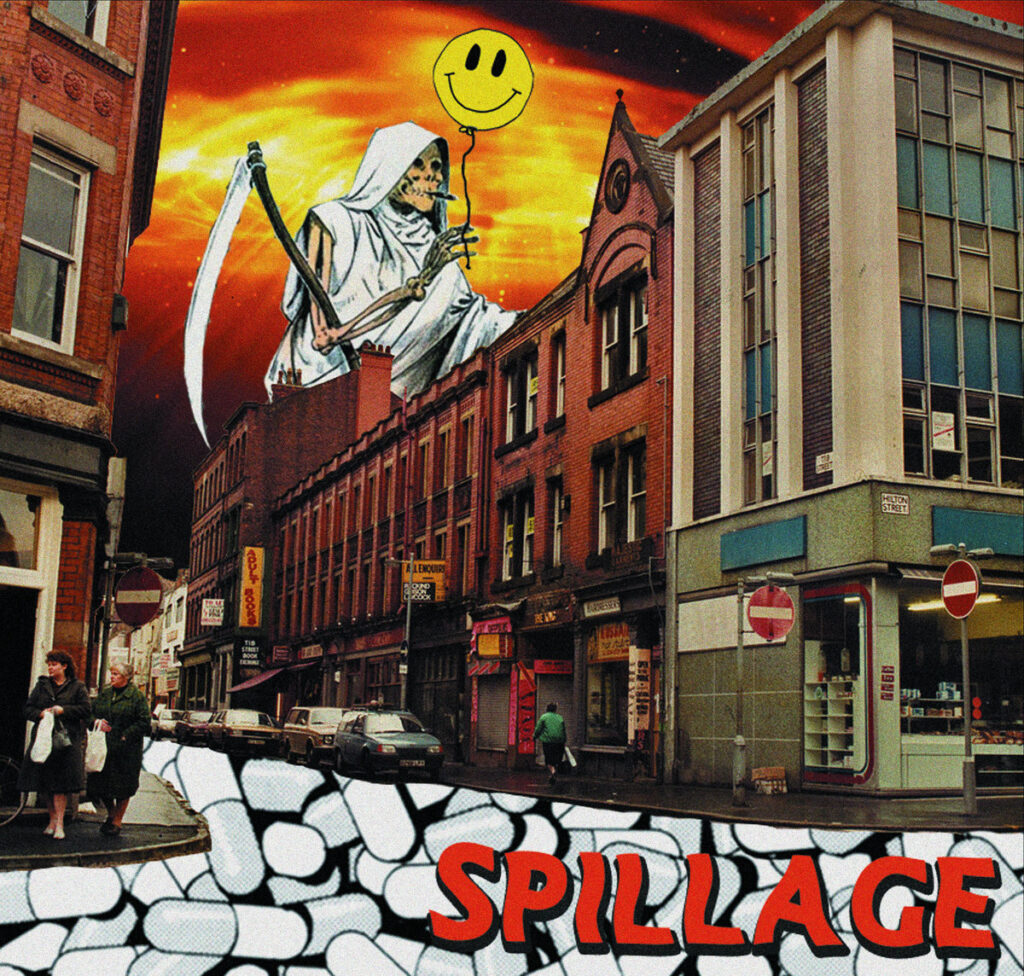 Hailing from Manchester, this lot. Not been around too long from what I can gather – 2018? These cats variously describe themselves thusly: “falafelcore” and “Miserable hardcore for the socially maligned”. Sign me up, in that case.

So then, what should the unsuspecting punter expect, then? I suppose if I had to, I’d call this drunk punx goes old school hardcore, or some other jive-ass brain mucus that I just spewed up. It’s a ton of snotty, beligerent fun, which is the main important thing. 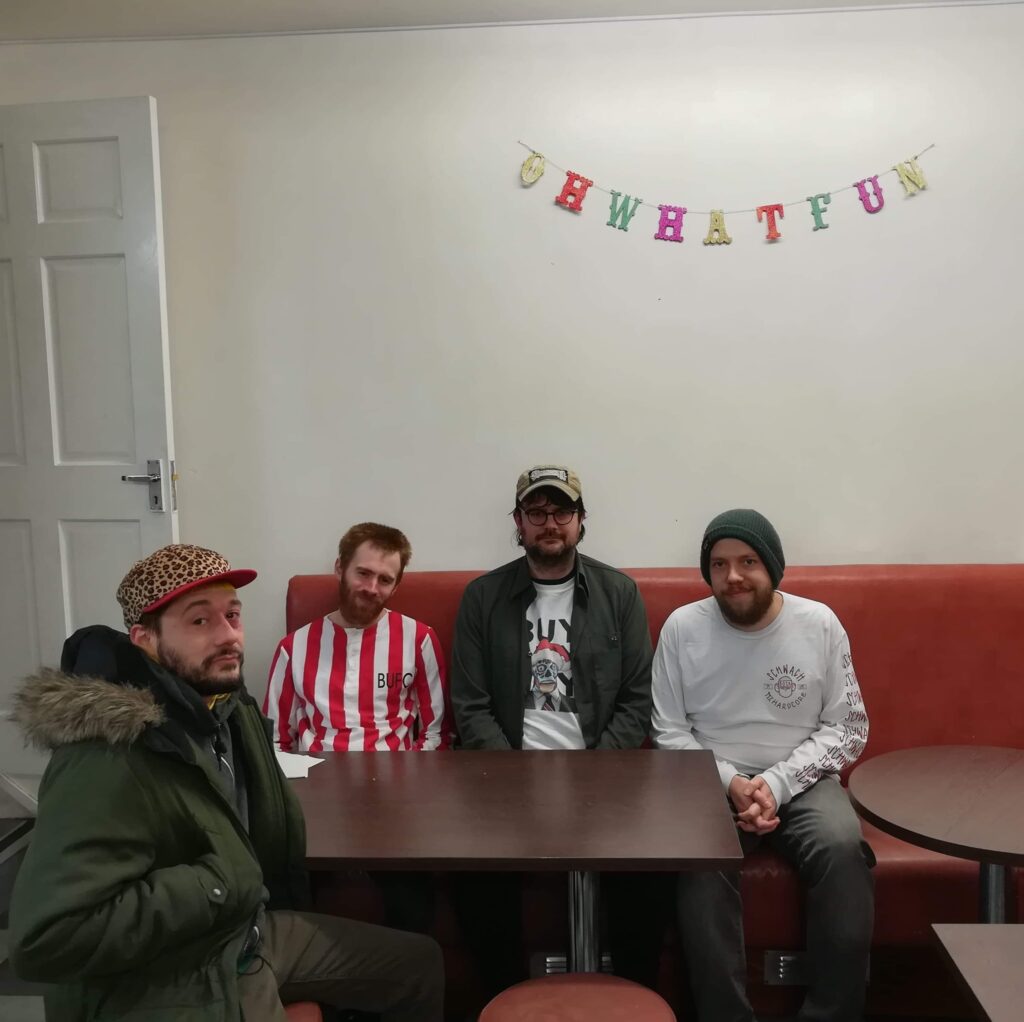 If you want to try and wrap your tiny minds around this in terms of soundalikes, I’d place this somewhere between Chubby & The Gang, Negative Approach, Off With Their Heads and (fellow Mancunians) Incisions. In other words, it’s dead dead good, this. Tony of Nurgle rating 9/10