Pretty Boy Thorson (The Slow Death + others) and Josh Goldman (The Raging Nathans, The Dopamines + others) in THE SAME band? Whuuuuuttt? That’s two of my favourite musicians and song writers right there. And the actual Mikey Erg from THE actual Ergs? Day-um. Laugh with joy? I almost shat the bed mate. Or at least nearly let out a gentle, wet fart of excitement anyway. Or maybe I clapped my hands with glee like a little girl that just saw a particularly lovely doggo. Yep. It was that last one. What’s a guy to do? Plus someone from the UK’s The Arteries (who I saw live about a squillion years ago and were pretty good) / Pale Angels (whose last album I listened to for this blog and I thought was pretty bad) for good measure.

Anyway. I was told about this a good while before it came out. And I’d been rather excited. Mainly for reasons outlined briefly above. I had some internalised fears about this being one of those “super group” efforts that fails to deliver the goods, typically due to conflicting egos in most cases. But somehow, I just had the instinct that this one was gonna deliver the goods by the damn bucket full.

What can I say? Sometimes you got to run with your instinct. This being a case in point. So what’s the promotional guff got to say? Ahem: “10 sings in 30 minutes, sing along hooks, mass lead riffage and tons of feedback. 4 friends playing Rock N Roll”. Fair comment. Brief though it might be. And I suppose it’s also a bit of a vague description, innit. Thankfully (depending on your opinion), I am here to give you my interpretation of the opus in question. 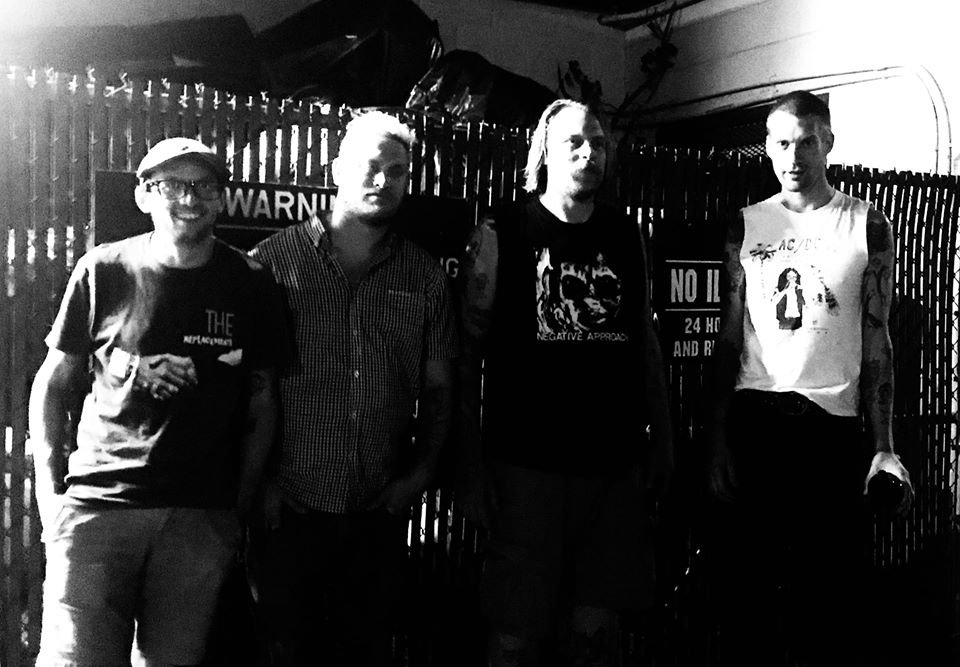 I’m gonna do my level best to try and keep this succinct and not wander off into spurious hyperbole of untold proportions. Which can be a temptation, and I can fall foul of it. This to me is basically what it might sound like if Tim Barry from Avail had been the singer for The Get Up Kids when they were doing Something to Write Home About; only they did a Riverdales record instead. Imagine. Just imagine. That’s the level of skewed genius we are dealing with on this one. Some kind of heart breaking punk blues or some shit. At this point in the year, it’s seeming like my record of the year is gonna be this one or the Ramallah joint. And I’ve not even heard the new one from The Lawrence Arms yet. As apocalyptically bad as this year has been on so many levels, it’s shaping up to be a good year for records, that’s for sure. Tony of Nurgle rating 10/10.