I’d never heard of Heksa before. Small wonder, given the tiny life I have somehow created for myself by only speaking English and occasional bouts of self-inflicted quasi-agoraphobia. But anyway, Heksa are an all girl unit from Madrid via Norway. They describe themselves quite humbly as: “4 friends doing punk from Halden (NO) to Madrid (ES)”. They’ve been around since 2015 and have one previous LP (s/t) under their belt. Their second outing has been co-released throughout Europe by a whole raft of labels (see end of article for full list and locations).

I am almightily grateful to my dudes Bo and Col at Pumpkin Records for putting in my grubby, scaly claws (well, normal and clean hands but it sounds more dramatic / better). I put the record on with no prior knowledge and no expectations whatsoever. It’s just a bit of a special experience to go into something more or less blind and have a really pleasant surprise. Another surprise: I managed a whole two paragraphs without including a single expletive. That must be a first… 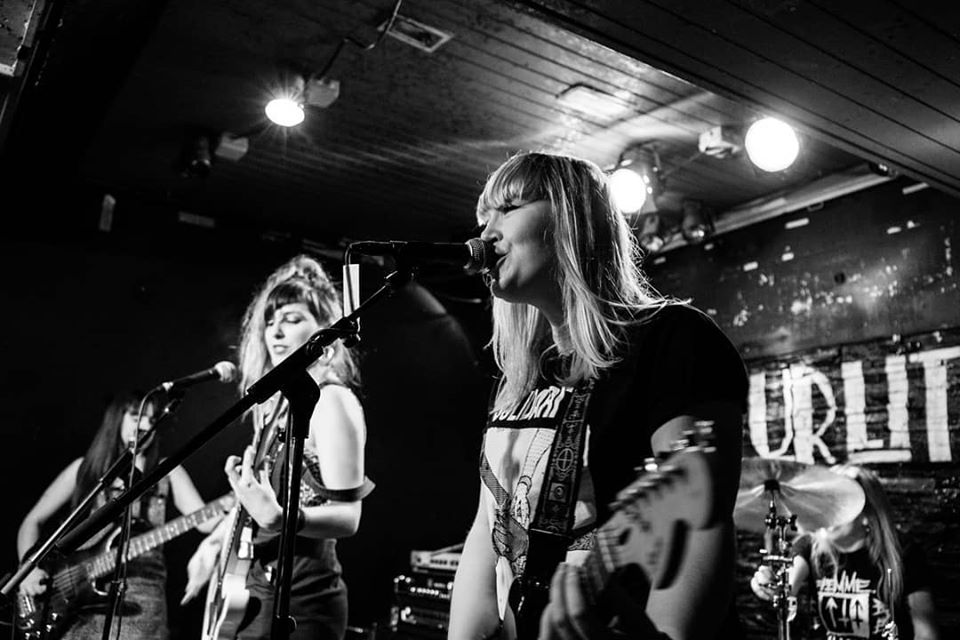 Usually when I review a foreign language (to me) release, I usually end up going off on some kind of rant about how poorly educated we are in this country and what a nasty, small minded country we are, but today I really can’t be arsed. But… this isn’t entirely a foreign language LP. Some of the songs are in English! Which is great, as I don’t have to pretend all the songs are about cuddling nice dogs, drinking heavily, lynching bigots or any combination of the aforementioned you may care to specify. Which I may imagine more often than you’d think. Poorly educated, mate. Soz. 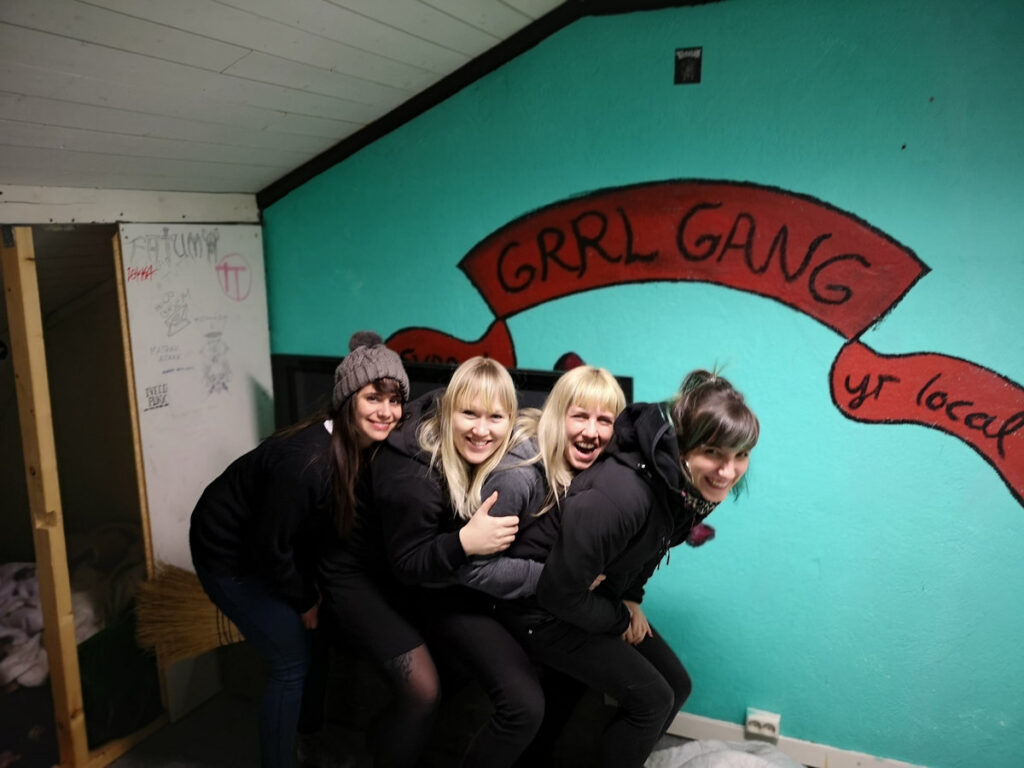 For me, the sound of this band (at least on this record) seems to fall somewhere between trad Riot Grrl and old school hardcore punk (with a flavour of UK82 thrown in for good measure). Think of a sound somewhere between Amyl & The Sniffers, Rites of Spring, Bratmobile and Discharge and we are probably in the right area, broadly speaking. I love the way the vocals complement the music here, with the multi-vocal interplay providing some kind of perfect counterpoint. The vocals just sound so right, to the point that for the half the album where I have to imagine what’s going on (see earlier), I just don’t care. It sounds nice, mate, the vocals feel I guess like an instrument… And I’m happy with that.

I’m feeling like this might be a crucial part of the soundtrack to my summer. Well, assuming it doesn’t devolve into some kind of long and grinding dirge that veers spectatcularly between deluges of rain and intervals of dismal, overcast skies. Tony of Nurgle rating: 9/10