What an incredible and unexpected breath of fresh air this is! About a gazillion miles away from both the skate punk heydays of the 1990s, and a totally different ballpark to the renaissance period of the mid-2000s. Moreover, a total departure from what for me, personally has been by and large a generalised melange of “meh” over the last few years, with the odd nugget of gold.

An interesting project this, being a couple of guys brought together by Fat Mike. A couple of guys he describes as “kinda boring”. Tommy he met in Israel, and June is of Iranian-Colombian descent. Two guys that live in totally different parts of the world brought together by Fat Mike to record an LP he then produced. It’s kind of a cool story, and beyond this, the reality of this union seems likely to remain a total mystery. No official photographs of this “band” or duo or whatever seem to exist. We just have this weird Blues Brothers style image from the front of the record… 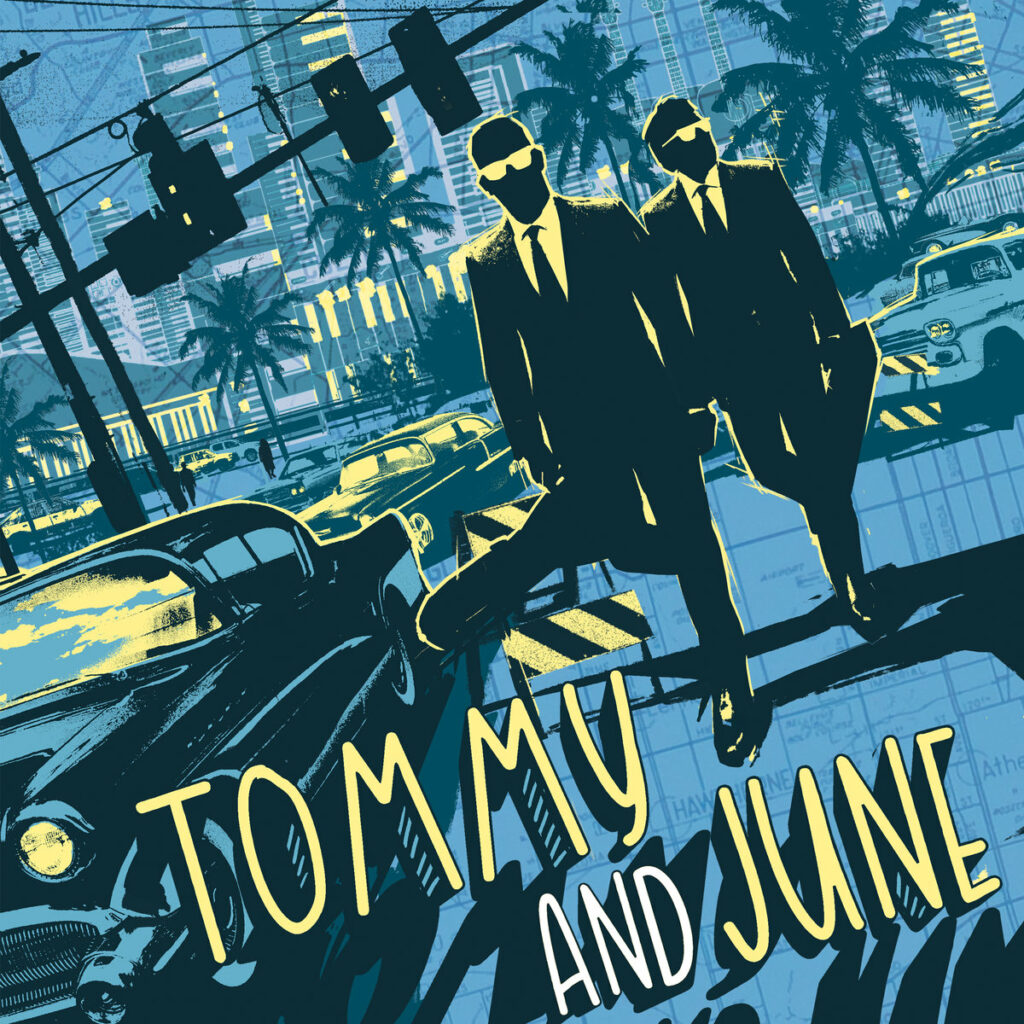 This is something of a broadly acoustic, dual vocal project, with the odd track featuring a full band backing. It’s not really your typical “punk guys go acoustic meets Springsteen tribute act” effort, either. This is more of a softly sung, gentle affair, dealing with the trials and tribulations of real life. Seemingly this has more in common with Death Cab For Cutie, than say Chuck Ragan or Dave Hause.

Something that really struck me about the song writing here is that there is a great deal here that put me in mind of Tony Sly’s moments of particular genius and the ear for pop of Bracket. Whether this appears in the forms of lyrics, vocal melodies, or chord structures varies from song to song, and these facets seem to occur either individually, or in majestic astral conjunction. Well not astral, but the planets must’ve been aligned…

I don’t think I could sing the praises of this record quite highly enough to do it justice. To me, this is a fucking incredible and honest feeling record. I’d say this is by far the best thing that’s come out on Fat Wreck for a long-ass time. Not only are these acoustic 2 minute pop gems bordering on perfection, but this record completely and utterly subverts all expectations the majority of people will have about the output of Fat Wreck Chords. This has surely got to be a serious contender for my album of the year. I have to wonder, will I ever get to see these guys live? I fucking hope so man. Tony of Nurgle rating 10/10.

What more can I possibly do than urge you to listen to this immediately:

I’d assume you can pick this up direct from the Fat Wreck Chords webstore, but it seems to be strangely absent from the UK/EU store. It’s on the core Fat Wreck site here though