Apathy and Exhaustion is proud to bring you yet another exclusive premiere, in association with Disillusioned Records, Just Say No to Government Music Records and the band Punch Drunk.

Cape Canaveral called it a day in 2006 and Gram had no intentions of playing in a band again, in fact he sold all of his kit bar a couple of guitars!! Fast forward 10 years and he started writing songs again. When the real chance to be in a band with close friends came about, the chance was jumped at. 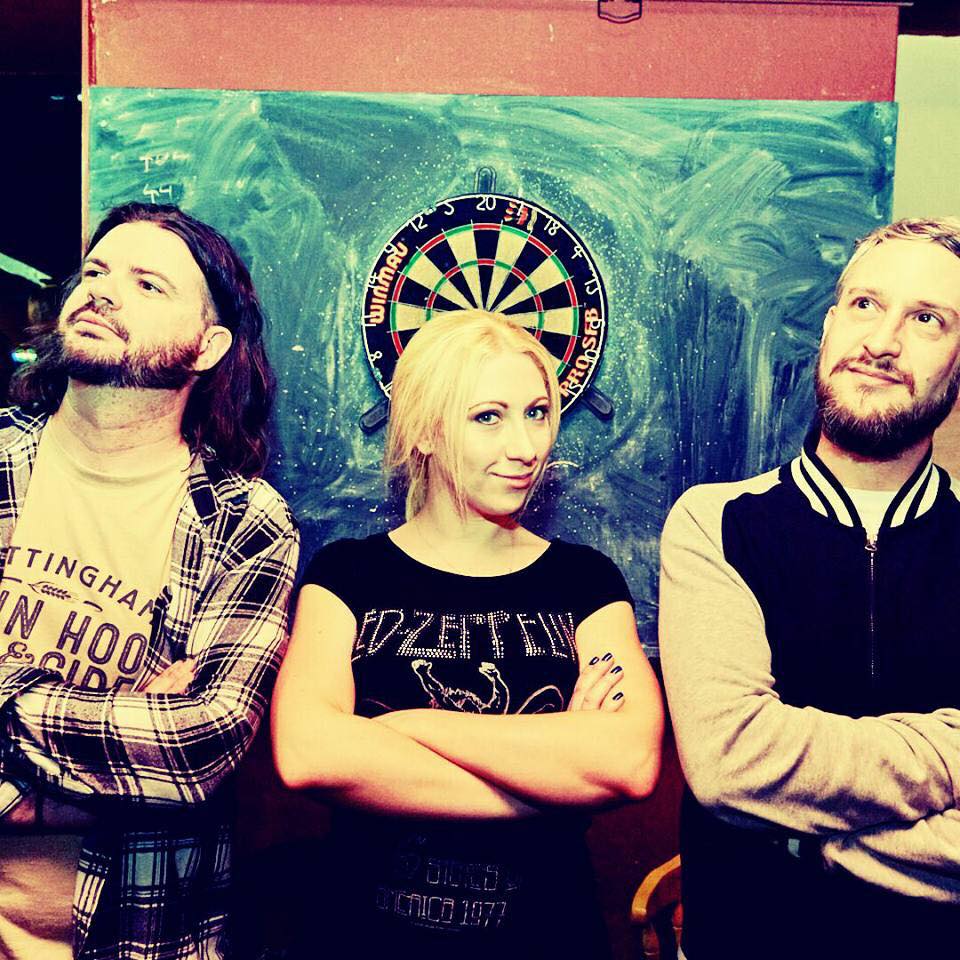 After some practice time and a handful of gigs under their belt the band went into Moot Group Studios to record a 10 track album in the summer of 2018. The sound is a kick-back to the 90s with an up to date spin. Bands like Jawbreaker, Husker Du, Sugar, Hot Water Music, Texas is the Reason and Buffalo Tom are sure-fire influences whilst hints of Nirvana are there too. The band call themselves a pop punk band but there’s an emo tinge with a punk edge all the way through.
The album is named ‘Sassy’ after the sassy little cat on the cover and will be available soon through Disillusioned Records (cassette) and Just Say No To Government Music Records (CD).

Hit play on the player below, and then have a read through as Gram talks us through the stories and hidden meanings behind the music…

CHUMP CHANGE There comes a point in your life where you realise that you’ve treated some people as shitty as you’ve been treated yourself by others. It’s the natural order of life, more commonly known as karma. Once this realisation has occurred, you have the choice to continue being the same or make some positive changes and avoid that car-crash. Don’t be someone’s Chump Change but at the same time, don’t be making people your Chump Change either.

WRECKING BALL This was always meant to be a joke title but it stuck. The song mentions Miley Cyrus and more specifically her song Wrecking Ball but all in all it’s an anti-love song. All the unhealthy shit that can happen when it all goes south; the shouting in the streets, the late night crying phone calls, the knowing stalking on social media, the jealousy, accusations and recriminations. It’s fun to be in love. 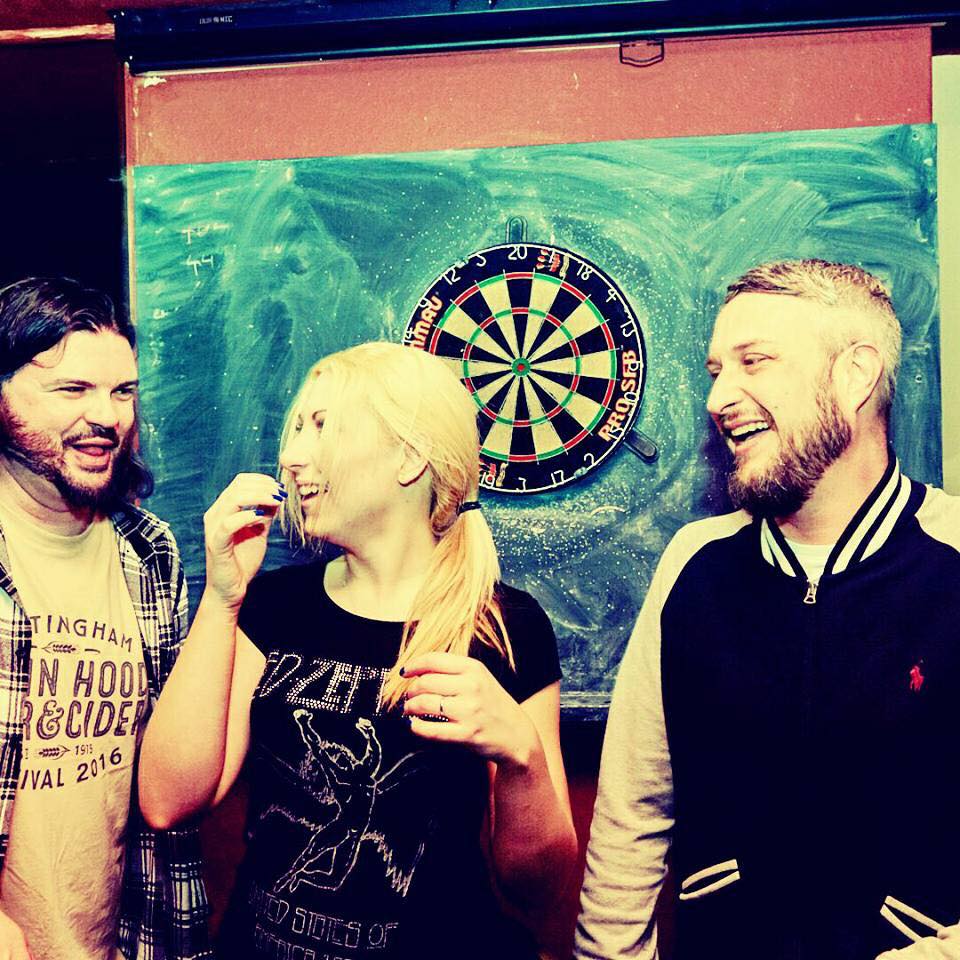 STUMBLE This is my rallying cry to myself to get the fuck up and do something. I have many mental health issues and all of them affect me differently. The person I’m searching for in the opening verse is a search for the stronger me. I’ll always stumble, I’ll sometimes fall however; I will always search for that person I want to be even if I get there on my knees. On the flipside, the second verse is the implications of letting the voices in. The ying/yang of depression.

QUILT Relationship over, you’re wondering what went wrong, you feel remorse and you pretty much don’t like that person anymore but then there’s that base human instinct of maybe just one last time, you know, for old times’ sake. When sex is involved we can be pretty weak.

THE BLUES As mentioned, there’s a lot of the Black Dog in my life and this is one big huge fuck you to that predicament. 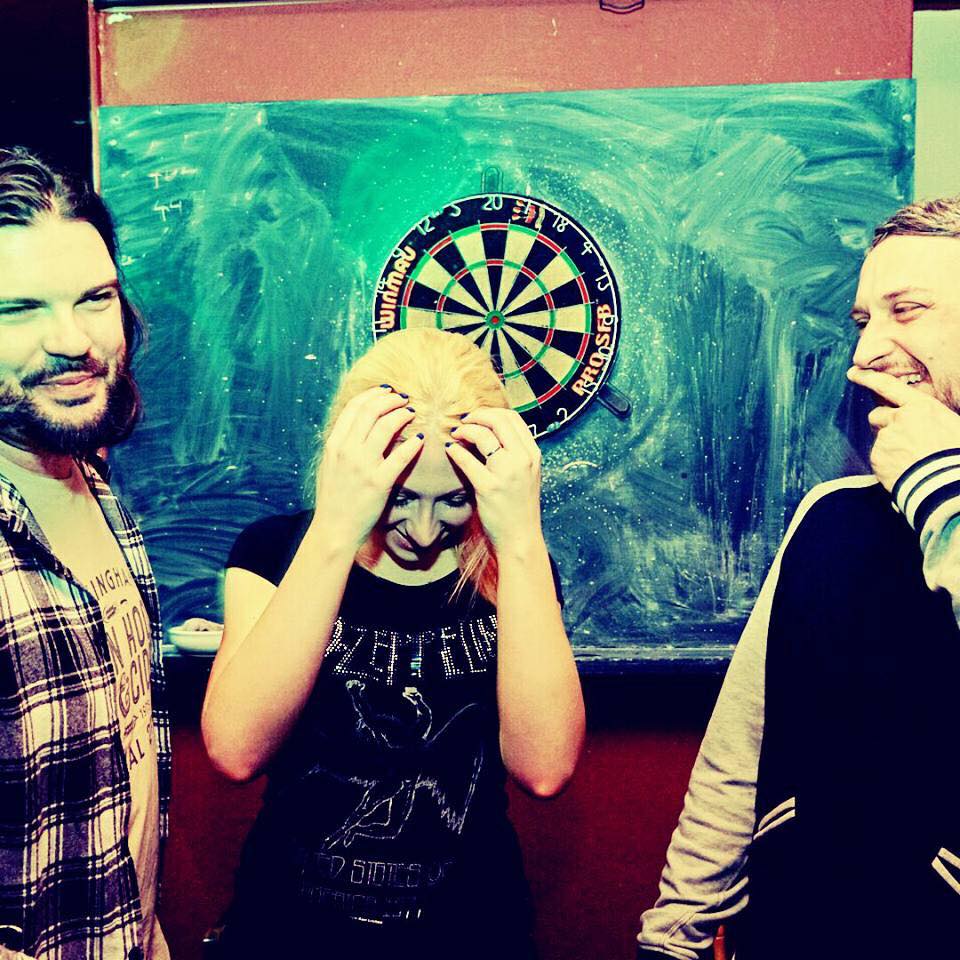 RED-HANDED In 2016 we had a vote that has become one of the most divisive issues currently affecting British Society. We were made so many promises and told so many lies and yet some cling to that result like it is the will of the people. This isn’t telling you how to vote, but just a calling out to those that lied through their teeth and, in some cases, persist with those lies in order to get your vote.

GIDDY There is nothing being more amazing than being a father. I’ve watched my little girl grow into a young woman ready for University. It freaks me out a great deal whilst filling me with immense pride. At the same time, she is the reason I am still here. The chorus is a reference to suicide and the fact that, “you get in the way” is saying that she will always be the reason I will never take that path no matter how dark the days get.

LANE Choose a lane buddy. The world is political, your boss is political, and the person that prices your food is political. There’s no longer a time for you not to have views and air them. The right have risen because the left have been attacked over and over by the mainstream media. They want the status quo to remain but it just doesn’t work. Too many people go without whilst too few have way too much!

OLD GHOSTS When at your lowest, when the strength has left you and the voices/memories that haunt you start to seep back in. They are there to give you the kick in the teeth you don’t need when you’re already down. I call these my Old Ghosts. I see them less and less these days but every now and then they’ll sneak back into my dreams or quiet moments. Thankfully I have many tricks I have acquired over the years to fight them off but they do like to remind you they still exist and sometimes at the strangest moments.

MIGRAINE Ever had that friend that likes to talk at you rather than to you? I feel that I’ve pretty much weeded all of these people out of my life but every now and then you get caught. I can’t help but always find myself thinking about being on an open road with the sun blaring down on you, for hours, without sunglasses or water and the migraine that could induce. It sounds painful but fuck me, it would still be better than speaking to this prick again!!

There we have it folks. The album will be available on 12th July through Disillusioned Records (cassette) and Just Say No To Government Music Records (CD).