Light Years, the debut album from A Time To Stand, apparently bridges the gap between pop punk, skatepunk and hardcore. The resultant sound is said to appeal to bands such as Such Gold, Handguns and No Trigger. Well, that’s the promotional bumph exhausted of useful facts, then. No information on who the band are or where they are from. Perhaps an episode of Star Trek judging by some of the song titles… In fact I think these guys are named after an episode of Deep Space Nine?! In actuality these guys are from Paderborn in Germany, and appear to have a couple of releases to their name already.

I’m always wary of these bands that “bridge the gap” or “mix together” styles. I kind of get put in mind of those shitty takeaway (or take out for the Americans) joints that seem to offer a range of cuisines (e.g. fried chicken, kebabs, pizza, and fish n’ chips for example). The type of joint that can only specialise in nowt apart from being somewhere on the sliding scale of ‘mediocre to shite’ at absolutely everything.

Nevertheless, I took the plunge. From the opening bars of Generic Pop Punk (intro), I was strangely hopeful that these guys were going to take a leave from the Steal playbook of ripping off Kid Dynamite but popping it up a bit. Sadly things did not pan out along that path. I dearly wish someone was doing that kind of thing at the moment. Maybe they are? I’m blissfully ignorant if so. 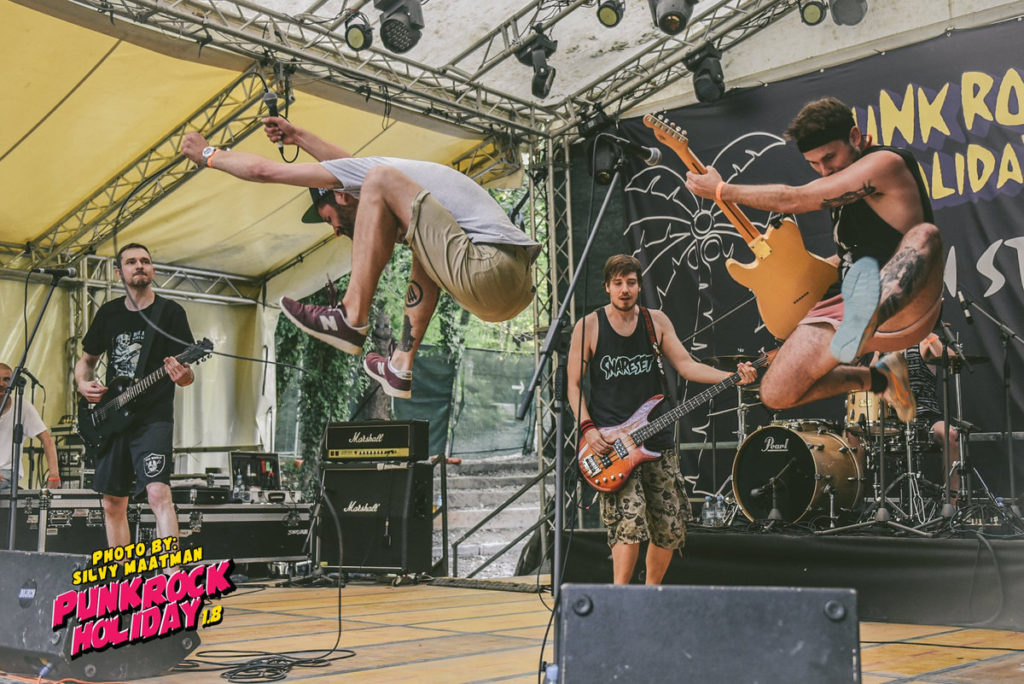 This isn’t bad at all, though. I mean, as I’m rapidly approaching 42 years of age, it’s not really for me, to be honest, but anyway, I shall carry on. This is, I suppose yet another example of what people younger than I am refer to as ‘easycore’. The type of stuff that I usually find to be a total turn off, and typically practised by young dickheads that only want to get famous and boff some girls. But, you know what? It’s actually kind of good. I can pretty much see the appeal here. I’m not inclined to dedicate much more of my life listening to this, but yeah.

I’m totally put in mind of a faster version of the first couple of New Found Glory albums (i.e. before they got terribly boring) and the first Brand New album (i.e. before their singer turned out to be some kind of sinister predator of underage girls). The drummer I think likes the drum work of that Travis Barker chap from Blink 182 quite a bit.

It’s kinda cool, this. If I was 18 at the moment I’d probably be all over this. It IS fun. And it’s got sci-fi references and dinosaur on the cover. I really do like the cover art, even though as a serious reviewer (whatever that means) I probably shouldn’t. I guess it’s the big kid in all of us making themselves known or something. It’s bouncy, catchy, and kinda fast. And also totally inoffensive. Like I say, if I was significantly younger, then wow, I’d be totally sold. I accept that I’m not the target audience for this kind of thing, and that’s totally fine. I’ve mentioned in previous reviews of this kind of thing that I’ve been waiting for a band of this type of genre to prove me wrong, and debunk the universal scorn I tend to pour upon ‘easycore’ type bands. I’m not saying that A Time to Stand are necessarily that band. What I am saying is that they are perhaps ‘the exception that proves the rule’. Who even came up with that phrase? It doesn’t even make sense.

This is weird. I don’t often have this much to say about stuff I love!! Anyway, I’m off to score some prune juice (as Worf would have it, “a warrior’s drink”), and hit the holo-deck. Tony of Nurgle rating 7.5/10

You can get this on a variety of formats, as well as digital download from the A Time To Stand Bandcamp page. Also available from Disconnect Disconnect Records in the UK; 59SRS in the Russian Federation; and either Fond of Life or Keep it a Secret in Germany.