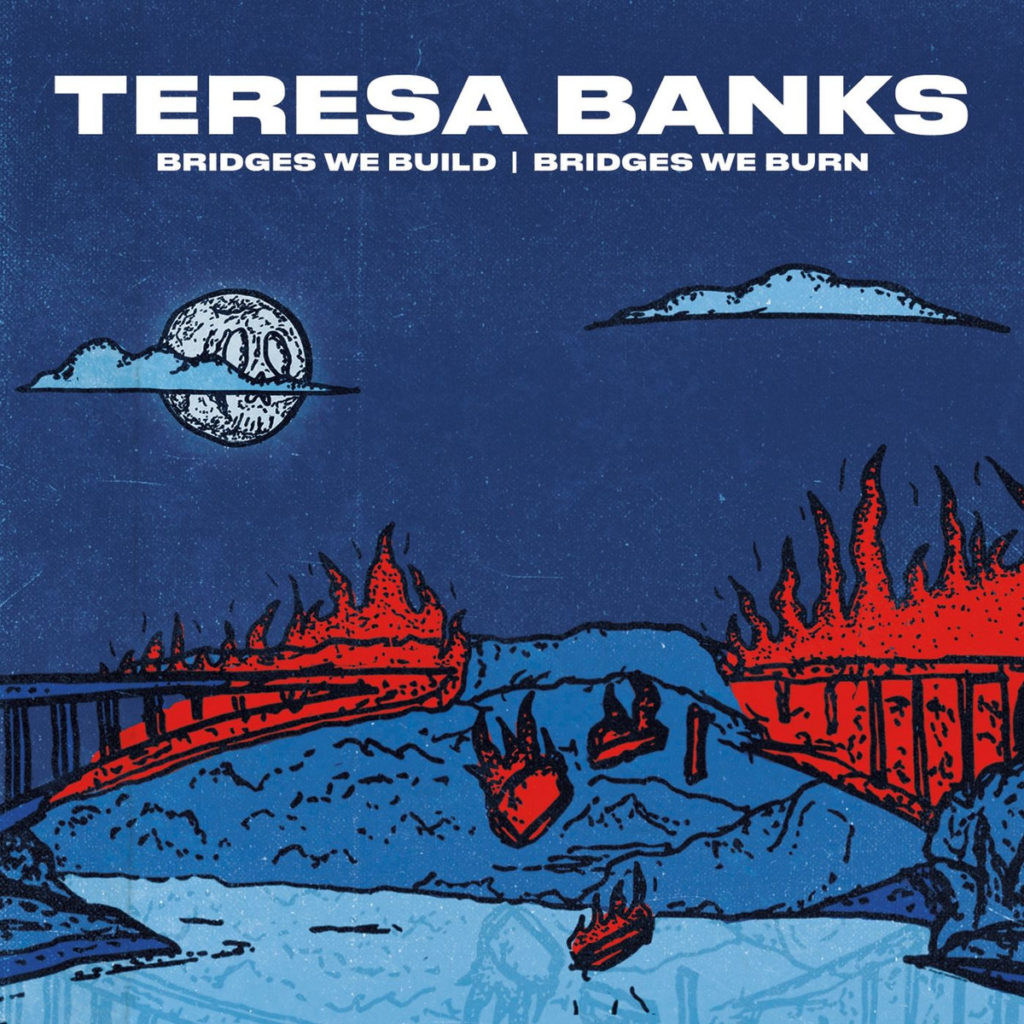 It’s always nice when you get approached by a band for a review. Especially when said band has their record released in several regions of the world already. It speaks of a certain level of proactiveness that I can 100% get behind. Perhaps I feel this way because I’m an eternal procrastinator and overthinker.

Teresa Banks are a Finnish / Spanish / Italian punk band based in Helsinki, Finland. If I had found myself without any kind of foreknowledge such as the detailed but straightforward bio they sent me (other bands looking for reviews take note), then I would probably have guessed these guys were Swedish. If you find yourself nostalgic for that late 90s / early 2000s Swedish skate punk sound as popularised by No Fun At All, Adhesive, and the first three Millencolin LPs, then motherfucker, this is the set of jams you are looking for. And doubtless your whistle has already been wetted by the very very decent recent efforts of No Fun At All and Millencolin. Trust me, you need to make this one your next stop. Whoever plays guitar for this band can SHRED mate, and the drums while a bit techy are totally sensibly structured enough to keep things focussed and interesting at the same time. 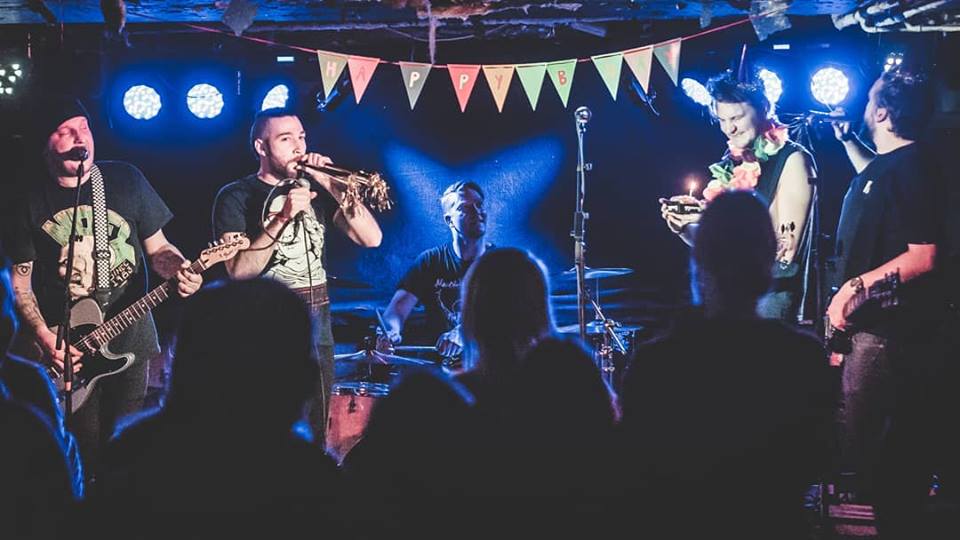 The sound is seemingly further tempered by an appreciation of your classic era Epi-Fat bands. I love the NOFX style bass fills. Every time I hear a band doing this type of stuff and doing it as exceptionally well as these guys do, I feel fucking stoked, man. And the vocals, man, well, let’s say the guy sounds like a European Jason Shevchuk (Kid Dynamite / None More Black / La Grecia etc.)!

UK listeners should note that Teresa Banks are playing Rebellion Festival this year, as well as joining the bill for Cigar’s London show. So, er go and see them. Anyway, it’s a Tony of Nurgle rating of 9/10 for this.

You can get this in Europe from Melodic Punk Style or Fast Decade Records on ecologically friendly CD. It’s also available in the US and Canada from Punk & Disorderly Records and in Japan from Milestone Sounds

Down By Law – Redoubt 10in (Pine Hill Records) 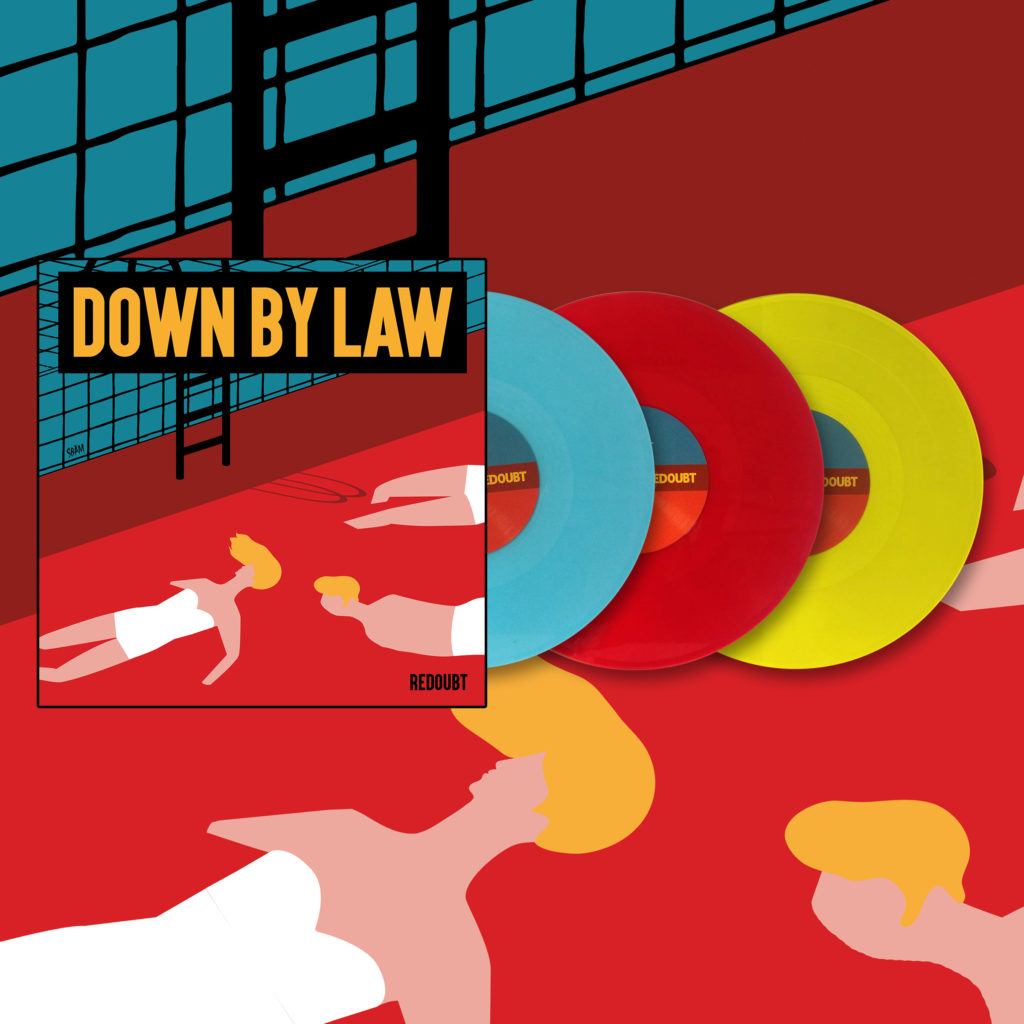 Bloody hell. Remember this lot? The chances are that if you were into the whole Epi-Fat scene in the 90s / 2000s then you probably will. Gruesome Gary anybody? Especially if you used to buy those Punk-o-Rama compilations. To be honest, I’d largely forgotten that they ever existed.

I mean, I had their album All Scratched Up about a zillion years ago. It had some pretty great songs on it, and a whole bunch of mediocre ones. Kind of in a similar way to Ten Foot Pole, I suppose. 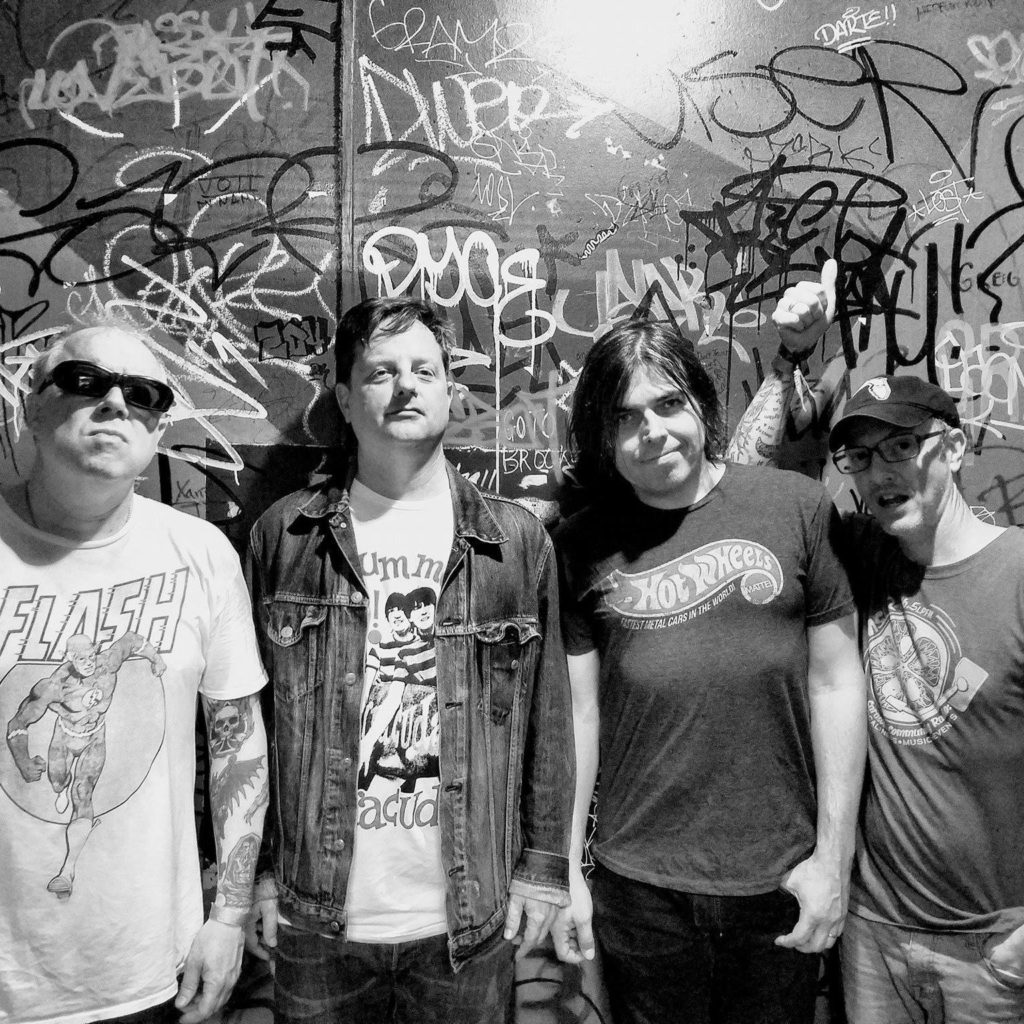 Dave Smalley (the only original member left to my knowledge – although I could be wrong) is something of a lifer. Having served time in Dag Nasty, All, Down By Law and more recently his latest outfit, Dave Smalley & The Bandaleros. So, is this exercise in making a comeback any cop, then? Well, it’s pretty decent, but I’ll admit that it’s not likely to set my world on fire anytime soon. I can’t help but draw comparison to the recent and (in my opinion) far superior full-length Smalley recently released with his Bandaleros, a review of which you can check out here.
But yeah, as I say, against all expectations, this is pretty decent and worth a check out. Tony of Nurgle rating: 8/10

Redoubt is available from Pine Hill Records on 10in vinyl, of which 500 copies were pressed. Choose from blue, red, or yellow vinyl. All physical copies come with a download card. 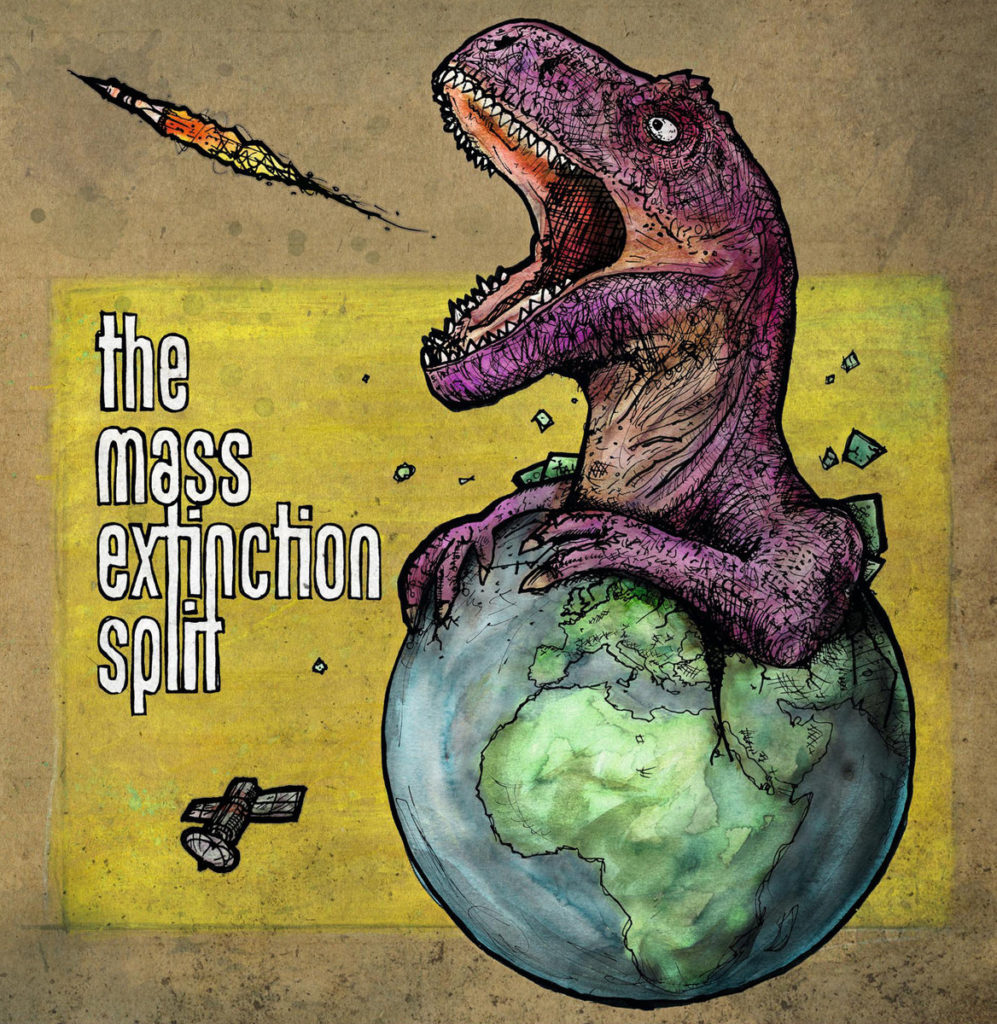 Straight away I felt momentarily and unjustifiably annoyed. The backing track of Stoj Snak’s opener Drink From the Well for some reason put me in mind of Gogol Bordello, the darlings of wacky fuckwits everywhere. It brought back jaw grinding irritation in in the form of memories of having to play Start Wearing Purple on a weekly basis in Satan’s Hollow. Fuck that noise. Thankfully however, it was but a blink of an eye. The StojSnak vibe seems to me more along the lines of the first Against Me! Record meets Chuck Ragan. It’s rabble-rousing acoustic anarcho punk interwoven with fiddles, jaw harps, and an incredible vocal performance. It’s pretty great. 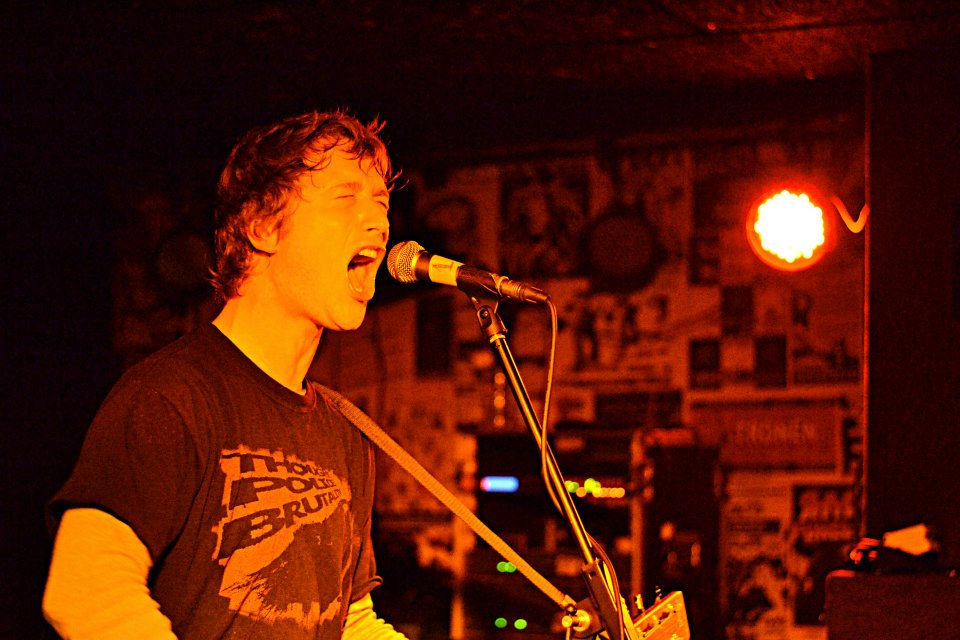 The Speed Dinosaurs side is an entirely a different kettle of fish. This strikes me as being like a politicised version of Keith Burton and His Beef Curtain. Featuring as it does jaunty tunes, cleverly witty lyrics and turns of phrase. However, I did find the song Mass Extinction pretty annoying by the end of the track, chiefly due to the silly vocal performance. 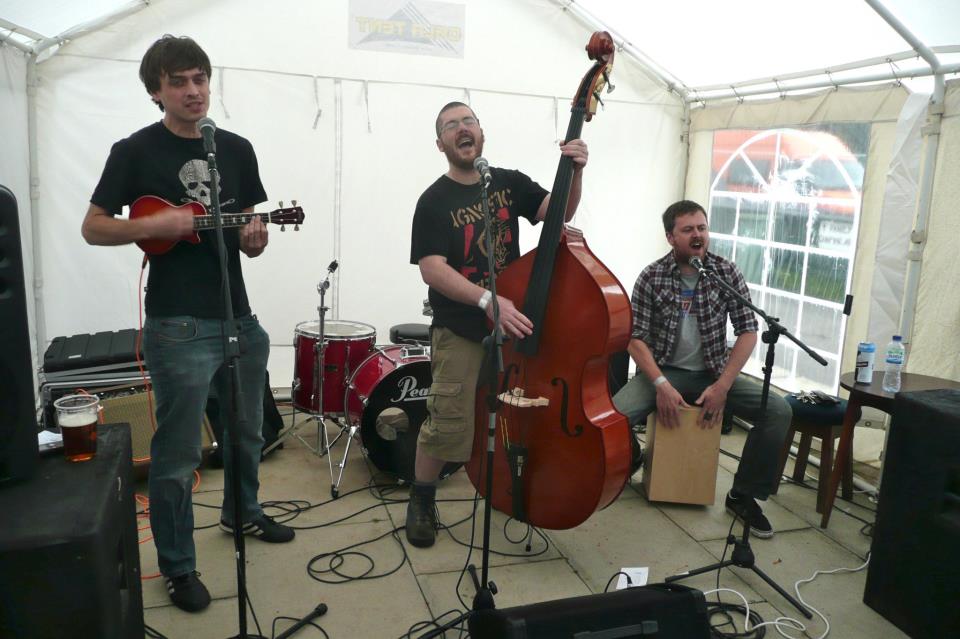 Drawing directly from the promotional blurb, people should note this: The overarching theme of the record is ecological disaster caused by humans. So bear that in mind when listening. The lead track by each of the contributing artists can be heard below. As for my score, it’s a Tony of Nurgle rating of 8/10.

This can be preordered on 7in in a choice of white, or magenta with black marbling from TNS Records.