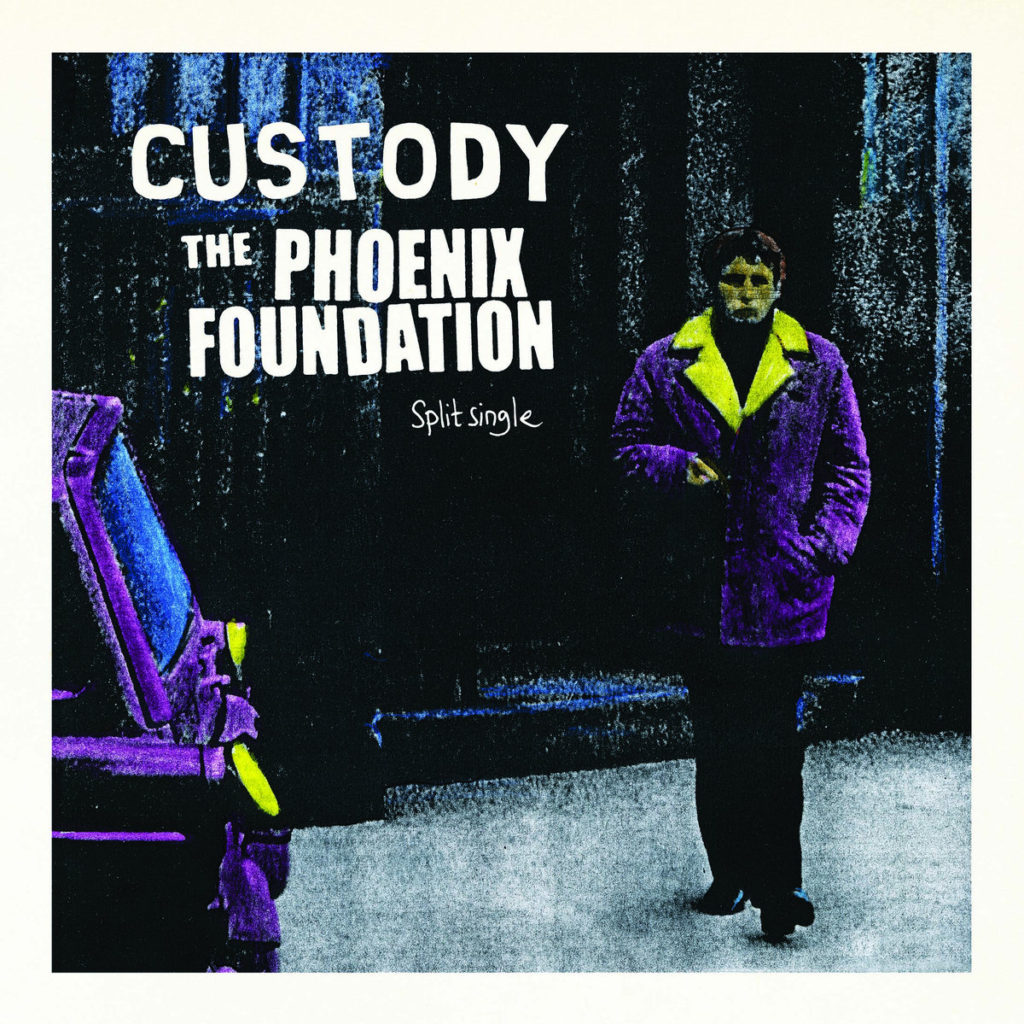 When Graeme Philliskirk hit me up about this one, he said he wasn’t going to say anything to me about this ahead of me hearing it in order to see if he could predict what I had to say about it. Both bands are from overseas: Finland. The latter having been around for donkey’s years now. I was convinced that despite having heard the name that I’d never heard anything by them before, but it seems I did in fact see them (I think it was at The Phoenix in Manchester University’s Precinct Centre? (now demolished) or The Castle?) about 10-odd years back. Custody on the other hand are a newer act, but have seemingly clocked in a collective century of experience in other bands… 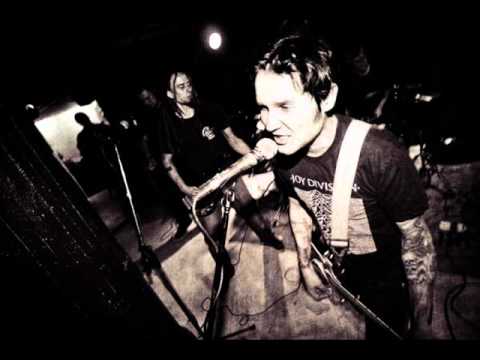 Well, this one is a pretty straightforward release in terms of being one song from each band, so a side for each. I suppose I’m generally used to there being a couple of songs per side, but it’s safe to say that those involved have opted for quality over quantity here, and the resultant package is well worth a few of your spare quid, mate.

Now, I’ve not actually managed to say what it’s like or anything. To me, this 7in encapsulates the two sides of the Samiam sound. Custody seeming to channel the pop punk hooks that many bands down the years have tried and mostly failed to emulate. The Phoenix Foundation have boldly captured the raw, searing emotional hardcore edge of Samiam’s more soaring aspect, and combined this with a dash of Texas is the Reason for good measure. 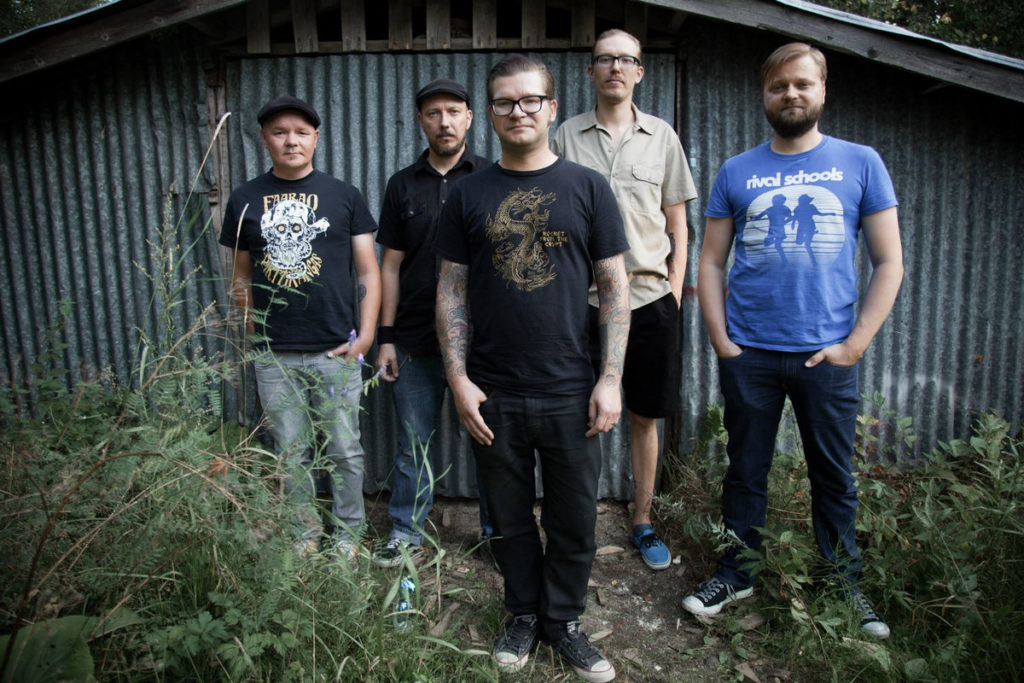 This is so great that I’ve now lumped myself with another task I’ll hopefully get around to: checking out the back catalogue of both bands. I mean, I’m already about three months behind on loads of reviews. Fuck my life. Argggghh!!! Tony of Nurgle rating: 10/10

You can get this on 7in (ltd to 200 pieces) or digital download from Little Rocket Records. 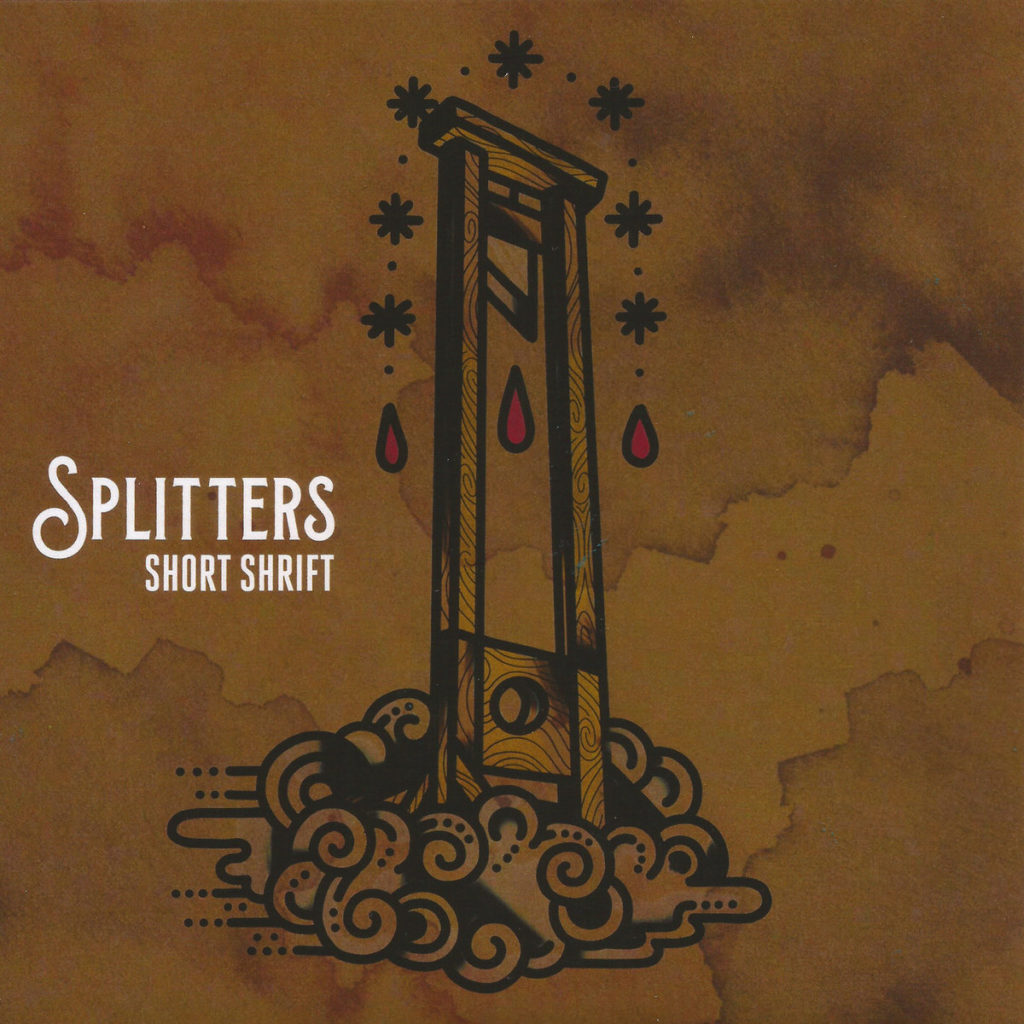 Alrighty then. The Splitters hail from Detroit, Michigan. Just like, er, Robocop? But they don’t look like a skateboarder that’s too soft to go without pads that’s then sprayed himself silver. They look like 4 ordinary blokes. Legit.

Now this one is going to please anybody that digs on that emotive mid tempo mid-West punk rock sound often demonstrated on Red Scare Industries releases for example. This in particular recalls bands such as Red City Radio, Arms Aloft, The Lawrence Arms and Pegboy. There’s also an element to this that puts me in mind of The Gaslight Anthem’s first LP, Sink or Swim (i.e. before they became very shit indeed and were actually pretty good), not to mention a soupcon of Smoke or Fire (particularly the vocal which reminds me of Joe McMahon). 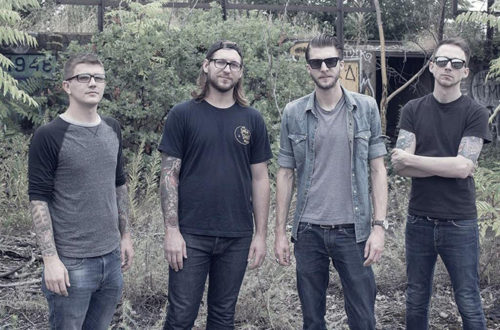 Perhaps I’m also hearing a bit of Alkaline Trio circa Maybe I’ll Catch Fire here too, or maybe I’m just daft. Either way, I think it’s pretty decent this, although it’s a bit more of a grower than an instant pay-off kind of affair. Tony of Nurgle rating: 8.5/10.

You can order this on limited red 7in vinyl (only 4 copies remain, so be quick!) or digital download from Little Rocket Records

The Bouncing Souls kind of confuse me a bit. Sometimes, they are truly capable of greatness (How I Spent My Summer Vacation and The Gold Record for example), mostly they inspire only ambivalence in me, and on the rare occasion they really curl out a real turd of a record, like Ghosts on the Boardwalk.

So I was somewhat sceptical going into this release to be quite honest, particularly as their last full length effort, Simplicity was a bit flat feeling for my tastes. Given that as a band their output has been pretty variable in quality, as well as being sceptical, I had absolutely no idea what to expect. I suppose I couldn’t even predict it would be a death or glory scenario seeing as the bulk of their records have been a bit, er, ‘meh’? Do the kids still even say meh? 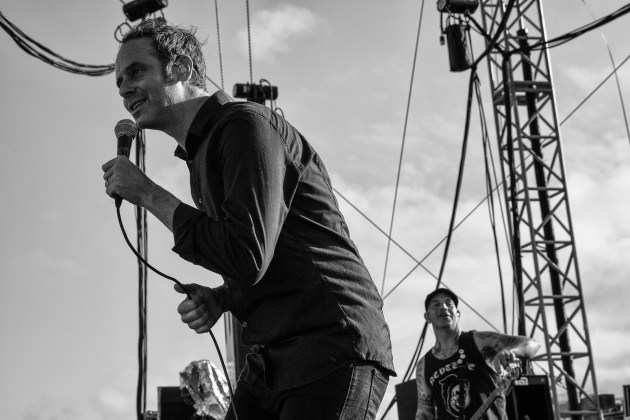 Anyway, rather pleasant surprise – I’m digging this. It’s pretty sick, yo. I’m clearly on some kind of a bizarre mission to use as much outdated street-cant as possible in this review. This. Is. Bodacious. I shit you not. It’s really really great, this. 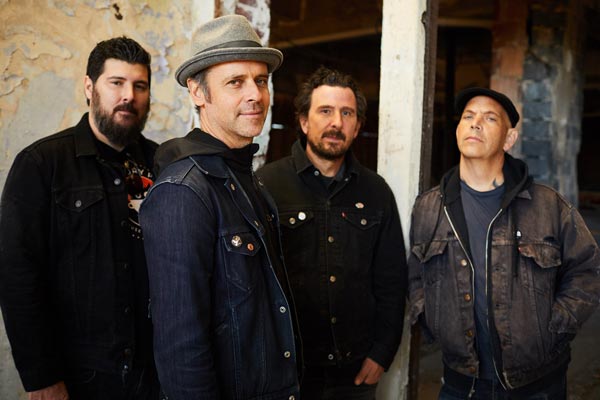 This EP is definitely a bit of a career highlight as far as I’m concerned. It’s got those essential feel good skate punk meets street punk parts. It’s got call and response parts. It’s got them good old anthemic soulfully wistful emotive sing along bits (remember Gone?). It’s got stripped back and amped up ragers that remind me of H2O meets Bad Religion.

Even the cover art seems to be bizarrely self-referencing in a way that seems a bit like a visual interpretation of how the Beastie Boys liked to sample their old material in new songs on occasion. In a weird kind of way, I’m trying to say these veterans have gotten absolutely everything bang on correct with this. Socks utterly blown off, mate. Perfection. Tony of Nurgle rating: 10/10. 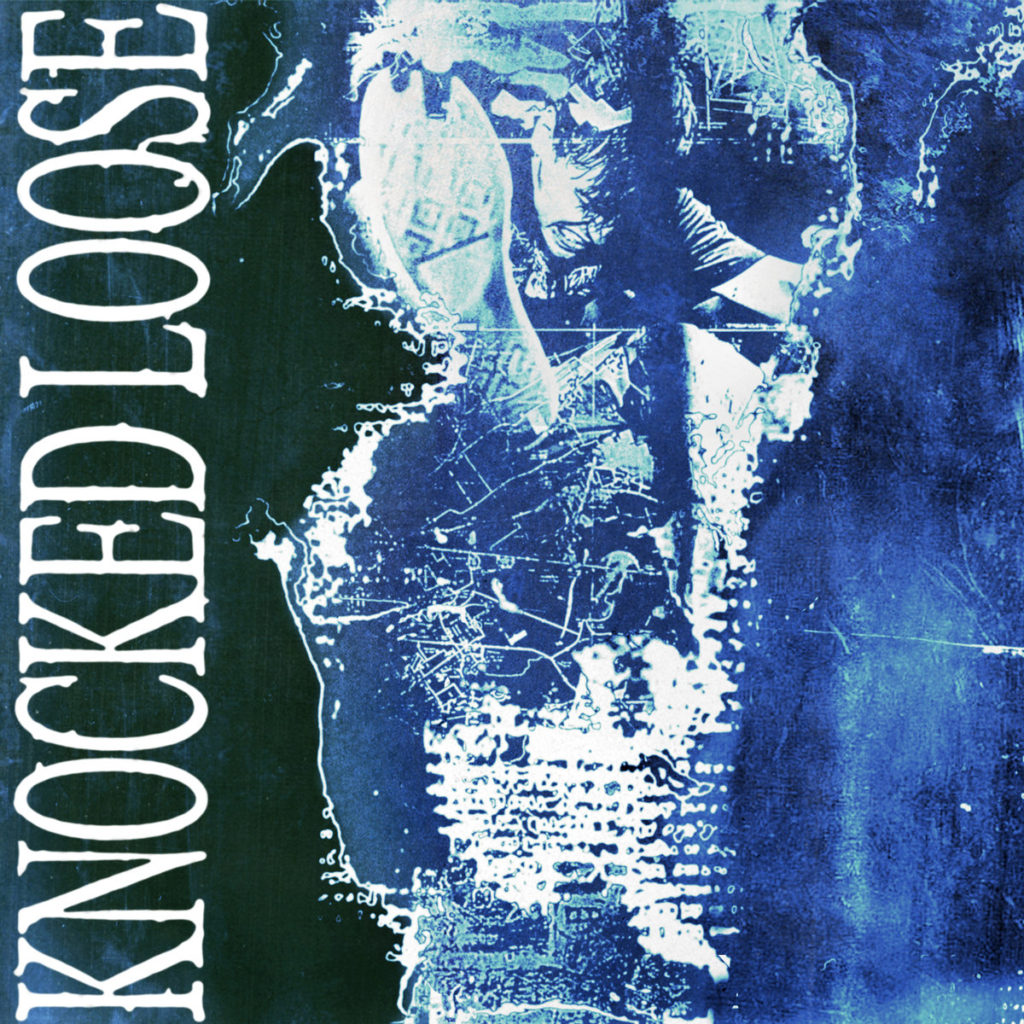 You know when you have preconceptions about a band? Well, I’m guilty as charged here. I was pretty convinced I wouldn’t like these guys. And I was pretty much correct. So, now I don’t feel so bad for avoiding them.

The fact that they have covered Slings and Arrows by The Warriors here only cements my opinion. All I can think of is back in the mid-2000s DJing in Satan’s Hollow and all these bell-end new-jack fake hardcore kids in them shitty New Era caps and basketball shorts doing the Kung Fu moves they’d been choreographing in their bedrooms to that fucking Warriors song. And you’d never see a single one of them at an actual gig. Fucking tragic. And I don’t even need to mention the pathetic little fights they all used to get in, attempting to prove how hard they were. 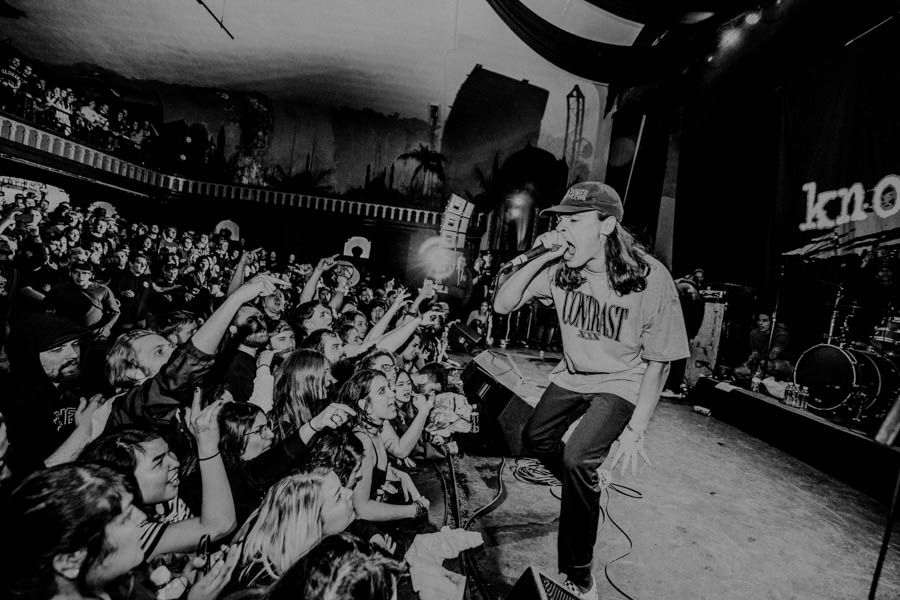 And this whole thing just sounds like generic chug-chug-squeal metalcore masquerading as tough guy hardcore. Just like The Warriors used to make. It’s beyond embarrassing, this – and totally for overgrown Limp Bizkit jerk-offs to act hard to. Tony of Nurgle rating: 3/10