Sarah at Lockjaw was pretty sure I’d dig this new mini album from Portsmouth’s Misgivings, and it’s clear why. Although our music tastes are somewhat divergent, there is an amount of crossover, so I was all ears. However, on opening the press material and seeing that it cites “the hooks of The Flatliners” (Jeezerz, that band are pretty much Canada’s 6th worst export following on from Nickleback, Sum 41, Celine Dion, Bryan Adams and Avril Lavigne) my heart fucking sank.

Nevertheless, I stuck it on anyway, as I’m never one to let a press release deter me. Opening pairing Call it Off and the Artless Life kind of reminded me of a couple of much loved and classic northern gruff punk bands like The Dauntless Elite and Above Them. Only like a slightly shakey rendition. In the latter, there were a couple of not overly shabby Frankie Stubbs inspired slices of riffage. The thing is, if you are gonna fuck with Leatherface style risks, you need to be great at it, and without wanting to piss on anyone’s chips, it strikes me that the guitar player here is punching a little bit above his weight.

If I’m honest (which I feel I have a duty to be), the songs here feel like they are good enough to go on a demo, perhaps because the quality of the recording is pretty good, and that only serves to highlight how sloppy and rough around the edges the tunes here actually are. Some people reading this are gonna feel like I’m being harsh or something, or even mean spirited. That’s not the case at all. I feel like as a band, Misgivings have definitely got a lot of potential. I really hope that they can realise that potential on their next release: practice hard, and then practice some more. Write some more songs, and bounce them off someone that’s gonna be 100% honest with them, because I feel like as a band they may have fallen victim to well meaning sycophancy. 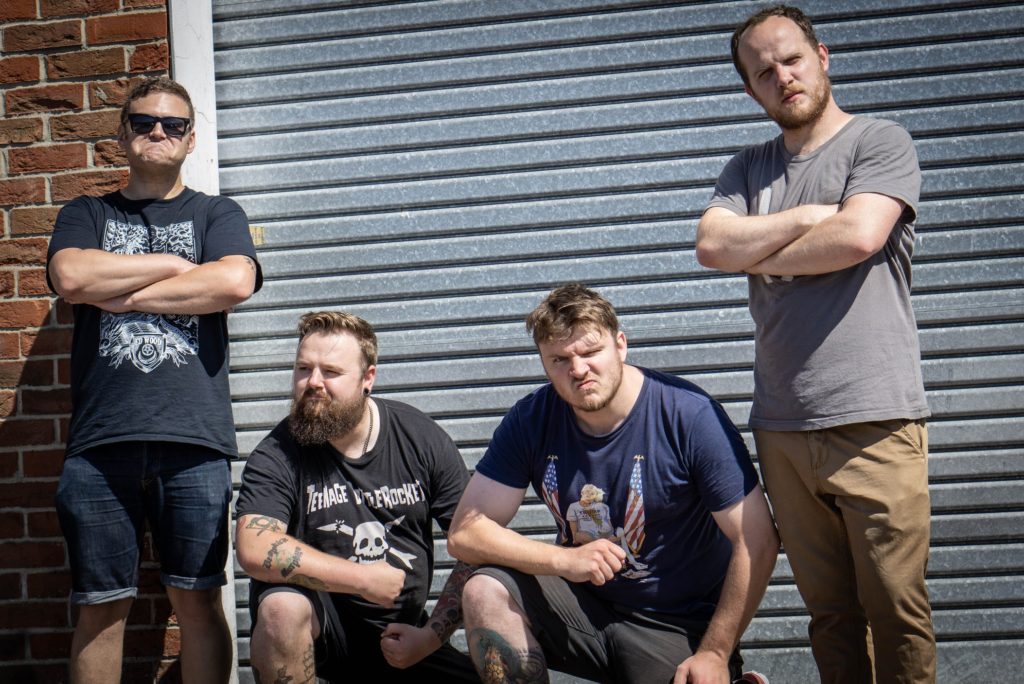 It’s not all bad news, though. Tracks like the final three, Johnny Come Late, The Last Word and I keep Hoarding Up are actually pretty decent and show for me, what Misgivings are actually capable of. Gruff punk bands are ten a penny, and have been for many years. Sadly this means that by virtue of that, the majority of them just don’t cut the cheese as they are either unconvincing, or just plain and simple not good enough. A case in point here would be that band from Rotherham, Four Dumb Kids that started out as a shitty ska band. I can remember them blagging their way on to an alldayer I put on about a billion years ago (like before bands put much effort into getting anything online) telling me they sounded like a cross between Lagwagon and Ten Foot Pole. I digress, there, but they at some point decided to rebrand themselves as a shit version of Leatherface, and it was just bad and unconvincing… and they should have just started over as an entirely new band with a new name, and just been shit in their own right. Anyway, anecdote over. Back to Misgivings. Again, I’ll reiterate that these lot are a band I’ll keep an eye out for in the future, but sadly for now, I can’t justify a Tony of Nurgle rating of anything more than 5.5/10.

You can get this from Lockjaw Records on blue suede vinyl