Well whaddaya know? The year of our horde, 2018 is yet to draw to a close, and here we are with another exclusive stream from the kind folks at Zegema Beach Records. Well, I say folks, but realistically it’s folk singular, in the form of Dave Norman. Anyway, what do we have for you to pour into your eager yet grubby little earholes, then? 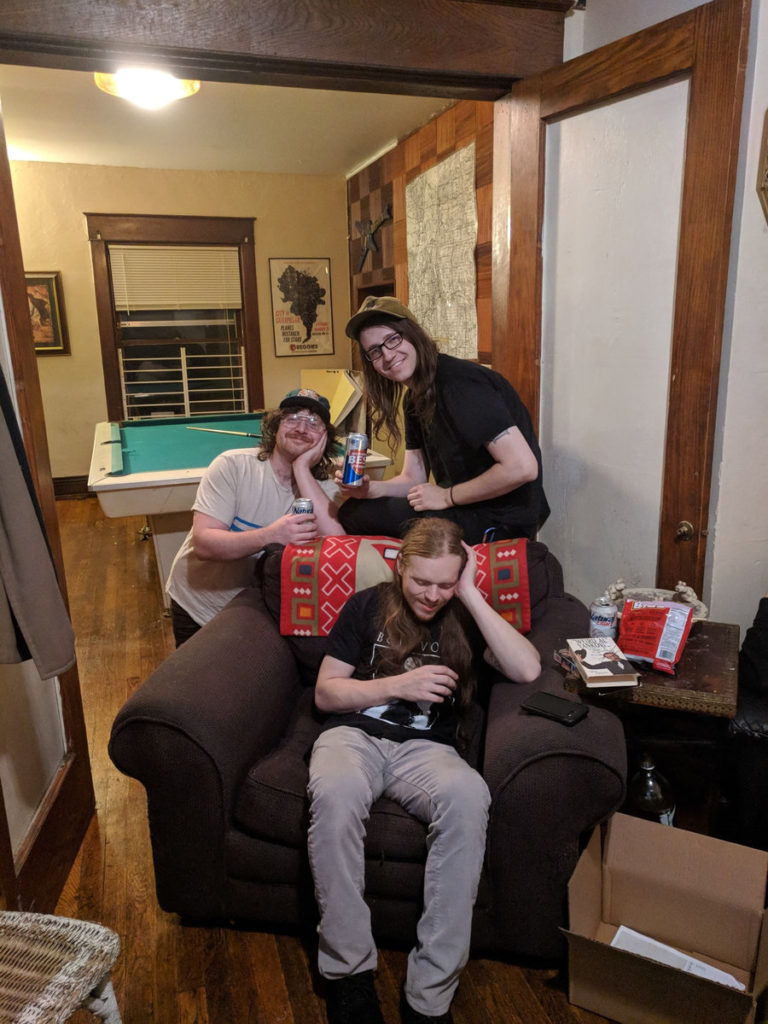 I shall tell you. It is a track by Kansas City outfit, Big Water. This crew a three-piece beat combo that will appeal to fans of Heritage Unit, Snag, L’Antietam, Ten Grand, Slow Fire Pistol and Yaphet Kotto (the band, not the dude from Homicide Life on the Streets, although maybe him too, I dunno man, what can I tell ya?). They have a record coming out really soon called Drink More Water, a title which also serves as helpful advice to those at risk of imminent dehydration.

According to their bandcamp page, these cats describe themselves as a “Curb Your Enthusiasm themed Natty Light fueled rock band.” Their ranks include members of Canyons, Bummer, and Regret, The Informer! The catchy title of the track is My Name is Chappie Johnson and I Can’t Open This Damn Pickle Jar and you can jam it in it’s full 1 minute glory below:

To me, this sounds pretty much like The Locust having the shit stomped out of them by Charles Bronson while a speeded up Fugazi bootleg slowly bursts into flame in the background. It’s every bit as aggro and jerky as that somewhat ridiculous description would indicate.