Something magical happens when the member of Cursive get together. It’s been a long six years since their last release, “I Am Gemini” was warmly received by fans and critics alike – however, sadly for me, it failed to make much of an impact. It’s not that it was a bad album by any stretch, however it didn’t feel like the same band that brought us such classics as “The Ugly Organ”.

Thankfully, “Vitriola” finds Cursive firing on all cylinders – bringing back the dramatic dynamics of jagged guitars, lurching cellos and wailing synths that make Cursive such a cathartic joy to behold. Lyrically, Tim Kasher can’t help but observe the landscape in which he finds himself now – an America fuelled with hate and fear as he approaches middle age. In the past, Kasher has focussed on and dissected divorce, relationship and personality collapses set to deeply emotional music – here, those similar feelings of personal turmoil remain, but the scope is wider and laser focussed. “Wish I had time, wish I had hope”, he spits on the beautifully anthemic “Under The Rainbow”, before declaring that he’s “Checking the news, checking the stocks, checking for clues and checking the Doomsday Clock” – painting a picture of not only a country under immense pressure but of a human feeling that pressure also. 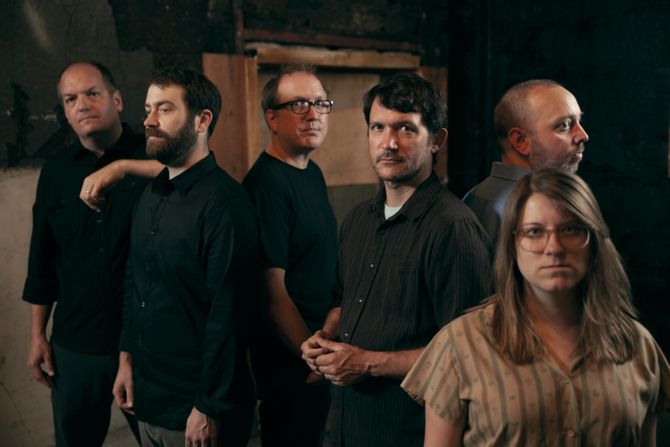 Musically, the band play a deep, rich and knotty brand of post-hardcore meets indie-rock – a sound that stays steady and full for Kasher to vent his spleen over. However, when they let loose and fly into extended instrumental sections, things really come to life. Chaotic guitars and distorted keyboards clash with complex bass and cello lines that escalate and build in intensity that threaten to collapse under their own weight, as evidenced in the fantastic “Ouroboros”. “Vitriola” also exhibits some truly life-affirming choruses in among the madness too – the truly gorgeous refrain of “Everending” is a particular highlight while album closer “Noble Soldier/Dystopian Lament” is sure to have crowds singing along in unison to its refrain of “Now I fall in line, fall in line, fall in line….” and become a firm live favourite in no time. 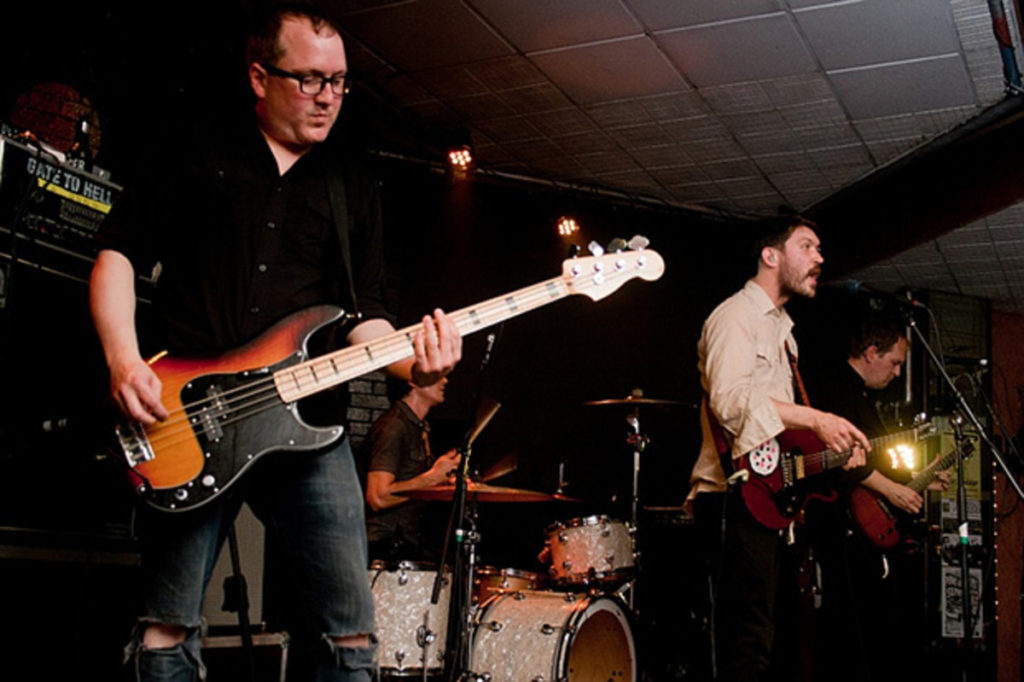 A friend of mine commented a couple of years ago, regarding the sorry state that both the UK and US found themselves in politically, that at the very least we would get some good music out of it all. “Vitriola” is a shining example of that argument – an anthemic album for all of us stuck in these chaotic, messy times.

Listen to the album on the bancamp player below:

The album is available via Big Scary Monsters in the UK/EU, and 15 Passenger in the US.