Y’know when you’ve heard a band’s name mentioned over and over again for years? For me, Bedford Falls (from Cardiff) are one of those bands. People say good things about them, but somehow you never get round to checking them out, even though they’ve played a few shows local(ish) to where you are living at the time for whatever reason: apathy; not enough hours available to check out everything anybody says is good; lack of memory. The list goes on. Realistically, there is no real reason I can offer for not checking these guys out.

So, operating on the assumption that you, the reader are as much of an ignoramus as I am, I’ll give you my thoughts on this record.

The overarching thought is this: why does more British indie rock not sound like this? I mean, this is pretty decent. I feel like I can get behind this. I mean these guys aren’t reinventing the wheel or discovering flight for the first time or owt, but it’s pretty decent. And best of all, not even a hint of the pedestrian, knuckle-scraping machismo of your typical shitty bands favoured by football fans and people with shit faux-Mod haircuts. Why is it that those bands always have terrible vocals and weak rhythm sections, by the way? Why do some of them (mainly Oasis) sound like somebody carried out a frenzied stabbing attack on a set of bagpipes and then throw them down the stairs? This however, actually has balls, and manages to express a level of sensitivity and existential angst in a way that feels genuine. No scraping of the sky in your supersonic car or owt that Oasis used to sing about. Think more along the lines of Dinosaur Jr., Dogs on Acid and Superchunk, and I reckon you start to get what this lot are all about. 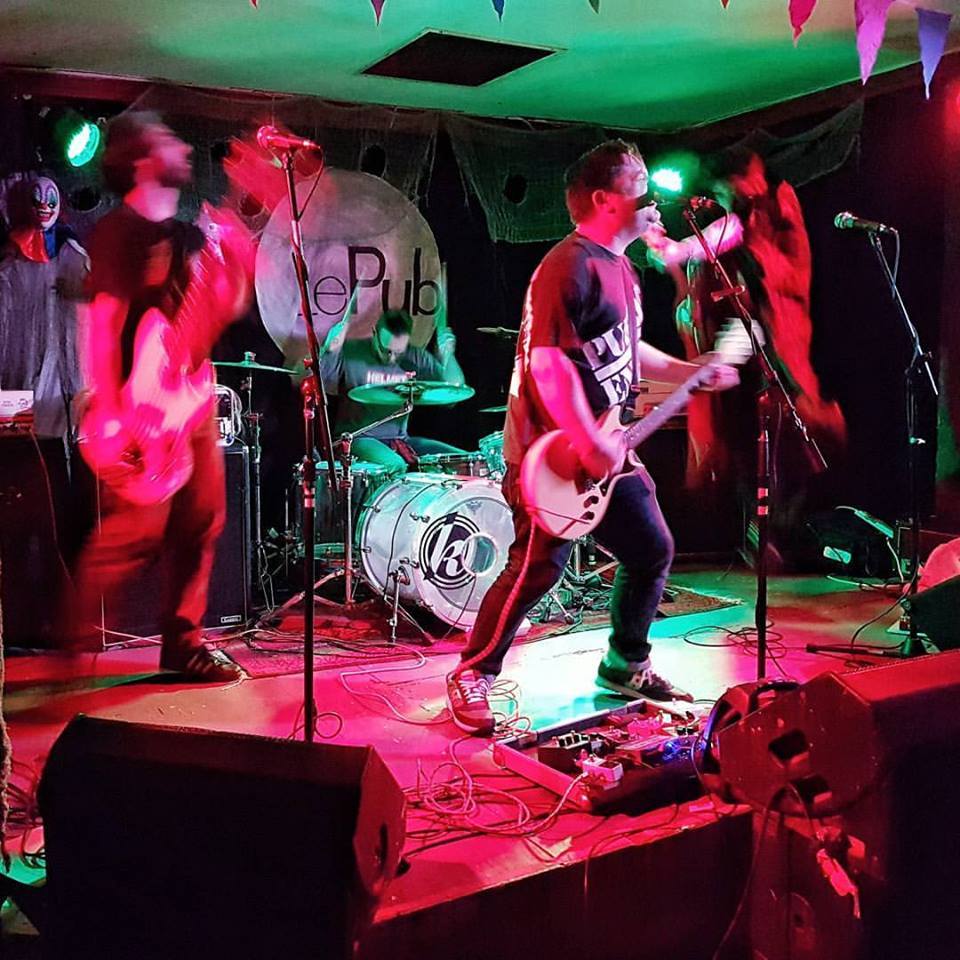 This is in fact also seems to me to hold more in common with some of those old Deep Elm Records bands that were doing the rounds during the late 90s emo revival. In particular recalling Pop Unknown and Brandtson, as well as other more known acts that were breaking through in the same period such as the Get Up Kids and so on. You’d also probably not be wrong to variously detect a bit of Sugar, Bob Tilton, and interestingly, a Johnny Marr-esque element to some of the guitar parts here.

If I had a minor criticism, it’s that sometimes the vocal can feel a touch monotonal in places (bearing in mind that I’m monotonal as fuck, I can’t really complain), but overall this doesn’t detract from the record as a whole. In summary, this is pretty good, as it goes. I’d probably watch them live. One day I may get around to checking out their other stuff, but I don’t feel an overly urgent compulsion to do so. I’d definitely say it’s worth a look if you are very big into your indie rock / emo revival as described above – in fact you’ll likely get more out of it than I did. I’d still give this a Tony of Nurgle rating of 8/10, which I think is still pretty respectable. My top cuts here are Nubuck, Moral Compass, Everything Ends and Defeat Artist.

Give this a blast for yourself on the bandcamp player below.

This is available in the US from the Dead Broke webstore on random coloured vinyl, and in the UK on blue vinyl LP or CD from Brassneck Records (Boss Tuneage appear to have sold out of their supply).