According to the Deadbroke bandcamp page, Jon Creeden, of Ottawa, Ontario has been operating as a solo act since 2007, traveling & performing across North America/Europe. Stall is his concession to finally starting a full band and recording some songs as the Flying Hellfish. To be honest, until hearing this, I was a complete stranger to Jon Creeden’s music, and yet after hearing this record several times, I feel almost like he’s a once close friend I’ve not seen for many years. That’s how bizarrely compelling I found this record to be.

I’m so stoked on this. It reminds me in a way of first discovering Dead Reckoning by Small Brown Bike way back when. These great, bold, big feeling melodic punk rock songs with that scraped raw edge that make you want to rage and break down weeping at the same time. Or maybe hearing Hot Water Music’s Fuel For The Hate Game for like the third time (back in 1999) and finally getting it. 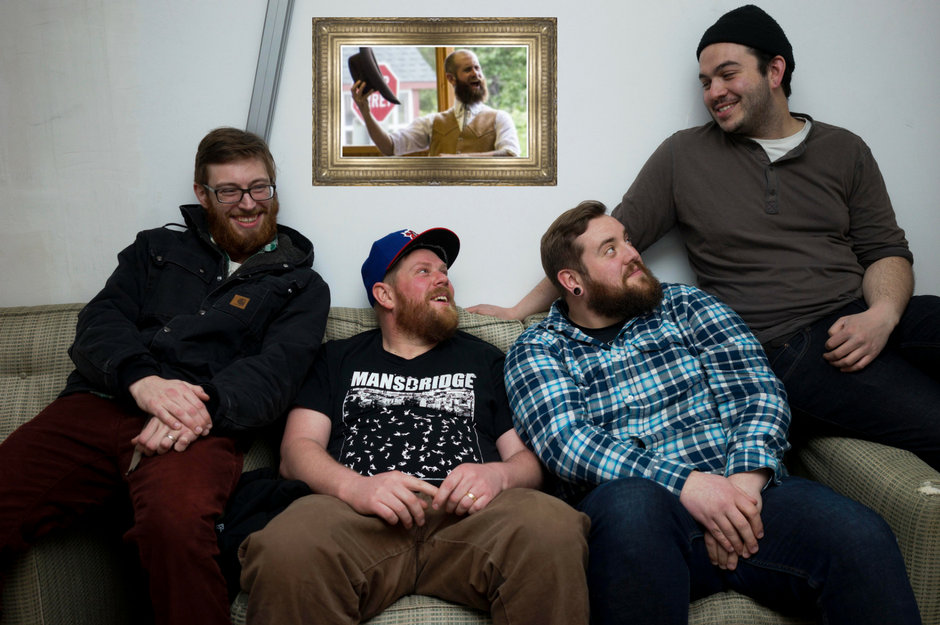 Embroider this with the bipolar feeling lyricism of the likes of John K. Samson (The Weakerthans), Dan Andriano (Alkaline Trio) and of course Blake Schwarzenbach (Jawbreaker / Jets To Brazil) and then you start to get a feel for this rich audio tapestry. There’s just something so very CONVINCING about this that makes me feel certain that this record could hold it’s own alongside many of the classic records from the artists listed above, not to mention more recent genre favourites such as the soon to be defunct Nothington.
To be perfectly honest, I sometimes sit here feeling somewhat foolish writing these reviews. Y’know, wondering why I bother, and so on. I can happily tell you without spinning a line of bullshit that it’s because of records such as this one. Discovering something new to me that seems to speak the truth. And wanting to tell the world about it (or at least anyone that will listen). I’m pretty sure that a chunk of people reading this will happily dismiss it as overly purple prose or some shit like that. To which I have but one answer only: give this a try, as I feel like you will not regret it, friend.