OK then. This lot, Monkish, approached me through the Facebook page. Being the gregarious soul that I am, I agreed to give them a look. They claim that their history breaks down like this:

Since playing their first gig in 2006, Monkish steadily built up a following worldwide with their unique sense of humour, and their wild and energetic liver (sic) performances. The band have played all over the UK, as well as the USA, Ireland, Italy, Germany, Belgium, Holland, and Austria. Their debut album, “You Can’t Polish a Turd” (verily) was released in 2011, and the new album “Quorn is Murder” is out now.

Admittedly, straight off the bat, I was pretty sure I wasn’t going to be feeling this based on the cover art alone. Sometimes you have to trust your instincts, sometimes you’ve got to overcome them. Anyway, I’ve given this a decent listen through. Content-wise, as far as I can ascertain, their “unique sense of humour” revolves around being judgmental, mocking the afflicted and being generally pretty fucking juvenile. I’m sure they’d like to pass it all off as “just having a laugh, mate” or “being witty” or “pure jokes, mate”. Realistically though, it’s just fucking annoying. It’s not funny, it’s not edgy – it’s just inescapably lame. I’m sure they’ll think this is “political correctness gone mad” or that I’m against people having a good time (which I’m not), but over the course of this album, targets include people that don’t eat meat, diabetics, the homeless, agoraphobics, people in “serious” bands, “birds” and more. 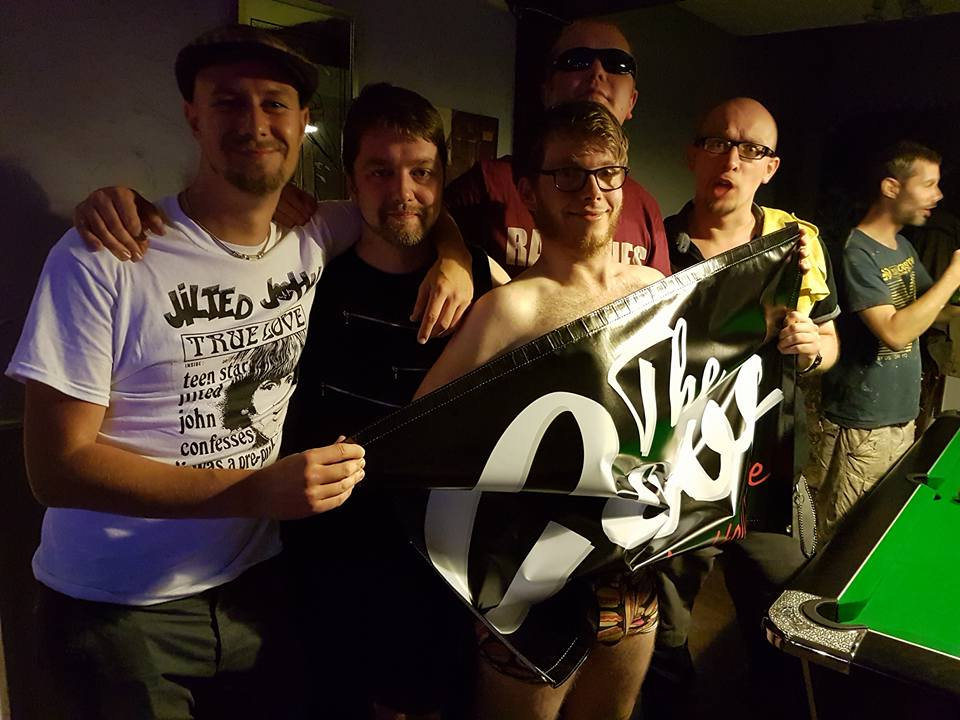 Musically, this is basically 12 versions of Kicking Pigeons by that shitty band [spunge], variously played either in a ska fashion, or employing power chords and a jaunty drum beat. Realistically, though, fuck this nonsense. Unless of course you are a total cartoon character of a person that probably wears one of those bowling shirts with fire round the bottom and one of those stupid fucking ska hats. Or maybe one of those brightly coloured imbeciles that goes to watch Me First & the Gimme Gimmes in a Hawaiian shirt.

Given the number of references they make to being really shit, only a fool would take such claims as their actual opinion of themselves. They clearly think they are actually quite good. Otherwise where would be the point in labouring the point?

Still, I have to congratulate Monkish on achieving that loftiest of goals, by proving in their own way that you indeed cannot polish a turd, and also providing me with the worst thing I’ve been subjected to in 2018 (previously Bobby Funk carried this particular crown). Tony of Nurgle rating 0.5/10

If you for some bizarre reason feel compelled to check this out for yourself, you can do so on the bandcamp player below: