For those unfamiliar, Rainer Maria are an indie-rock band that formed in the summer of 1995 in Madison, Wisconsin. Caithlin De Marrais, singer and bassist, along with the guitarist Kyle Fischer and the drummer William Kuehn cut their teeth in a college town not necessarily known as a nexus for any scene. It may have been this disconnect that led them to craft their own unique type of introspective rock music; aided by a joint love of the literary from Marrais and Fischer, who had met at a writing workshop and gave their lyrics a poetical slant.

Fast forward to 2006 when they released probably their most accessible and poppy album to that date, Catastrophe Keeps Us Together, their fifth full length record. However just as they were cementing themselves as one of the leaders of the midwest indie rock scene the band felt a desire to explore other avenues of living, and so, after a few rapturous farewell shows attended by fans from around the world, Rainer Maria hung up their hats.

I was fortunate enough to be at one of those farewell shows in Manchester, which took place at a great little DIY space of the time, The Phoenix on Oxford Road. I remember the venue was rammed full of fans enthusiastic to see a band that was rapidly gaining an iconic status. One friend, Stevo (who actually turned me on to Rainer Maria when he recommended I pick up their third album A Better Version of Me), almost cancelled a trip to Kenya to play a support slot. I’m sorry to say Stevo, the gig was amazing. 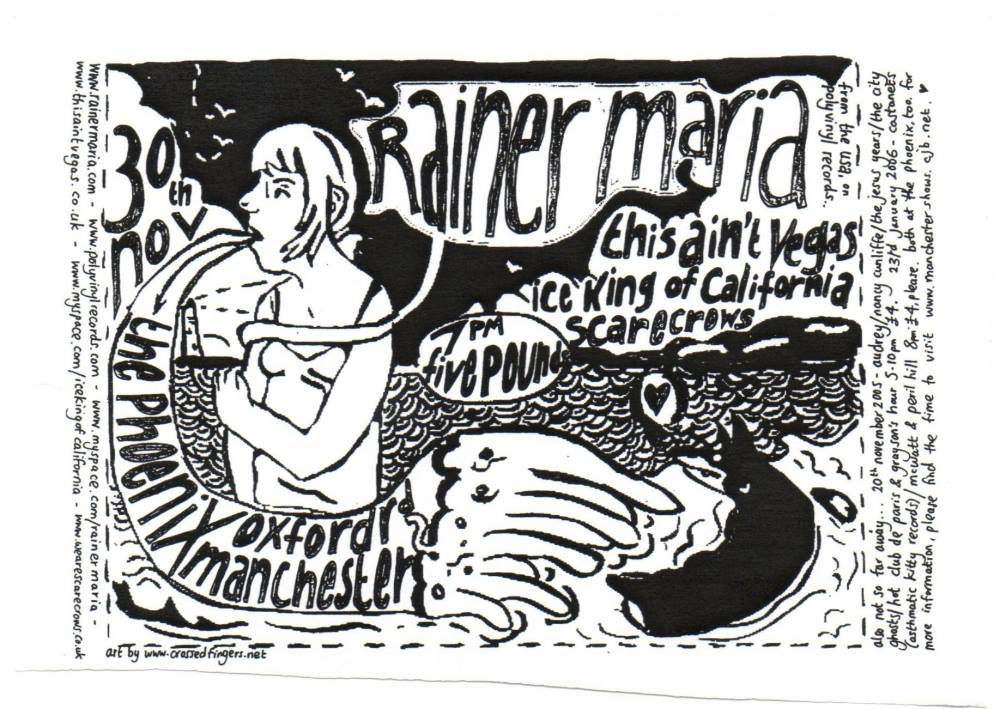 So following their reunion in 2014 it has been with much anticipation that this latest release has been met over a decade later. It starts with the lazy opening bars of Broke Open Love, and immediately it feels like a warm blanket wrapping itself around you, their familiar style making a grin form on your face. This is a great opening track, inviting you to settle in and get comfortable for the rest of the album.

Suicides and Lazy Eyes, which has been available as a single, picks up the pace with a driving drum beat. It is indicative of a more straight up nature that the album takes compared to their earlier releases, while still maintaining a degree of grit and energy.

As the record continues you know this is Rainer Maria, but there is a definite maturity overall in their sound, helped by an assured production from Kuehn. This is an album that will engage existing fans and also serve as a great entry point for those who have yet to experience them. You can hear hints of the Yeah Yeah Yeahs and The Corin Tucker Band, but then Rainer Maria helped shape the scene that bore these bands forth.

As we get midway we have Blackbird, which slowly builds to the repeated refrain of “Don’t stop now / Can’t walk away / The wait is over / Blackbird get away”. Many of the lyrics are rooted in natural imagery in this way – soil and greenery, weather patterns, and other markers of country life, apparently influenced by the more pastoral setting outside De Marrais’s window.

The album closes as it opened, at a slower pace with Hellebore, bringing mind to me echoes of Mazzy Star. It’s a satisfying end, leaving the listener happy and content.

Overall this is definitely a grown up Rainer Maria, no doubt in no small part thanks to the decade of adventures and explorations in music and life as individuals. They wear it well.

Carpet is a beardy ex-punk who lives in north Manchester. He used to run a club night called Refuse To Lose! but stopped because he can't handle the late nights any more. Now he just spends too much money on craft beer talking about mouthfeel and dank hops.