Avid readers (assuming there are any) may remember with fondness (doubtful, but I’m open to the possibility) my review of Marvelous Mark’s debut LP, Crushin’ which was part of my intro series on Drunken Sailor Records, and is well worth checking out. If you want the background on this guy, you can find it there, rather than me retreading old ground when I don’t need to.

So, is this a new Marvelous Mark album already then? Well, not exactly. Buzzin’ collects the two EPs that preceded Crushin’ – Husband Material and Bite Me – plus seven brand new demos. Realistically, I have absolutely no idea if anybody is gonna click back to the previous review I linked above, so I may as well give you an idea of what to expect. Read on then, read on.

Marvelous Mark is something of a one man Toronto powerhouse, crafting heavily fuzz-laden saccharine pop punk songs that are seemingly underscored by an appreciation of British shoegaze acts of yore, such as Slowdive and My Bloody Valentine, and the non-conformist scuzzed out indie-rock of Sonic Youth. I would not be massively surprised if this chap was partial the odd jazz-fag or three of an evening. I could easily imagine these recording sessions being accompanied by heavy fog of pot smoke.

Don’t get me wrong, there’s not that much of a shoegaze aspect to this at all. That would be, like for hipsters and shit – and basically, fuck hipsters always. I’m more talking the guitar sound, which has a thick, dreamy, fluffy texture to it, yet with a really meaty core to it – kind of like the deep throbbing heft of the guitars on Siamese Dream by the Smashing Pumpkins (not that we talk about them anymore, because these days Billy Corgan is a bit of a loathsome prick, innit), or the first Weezer record, interwoven with those sick, sick lead parts that J Mascis busts out for Dinosaur Jr. 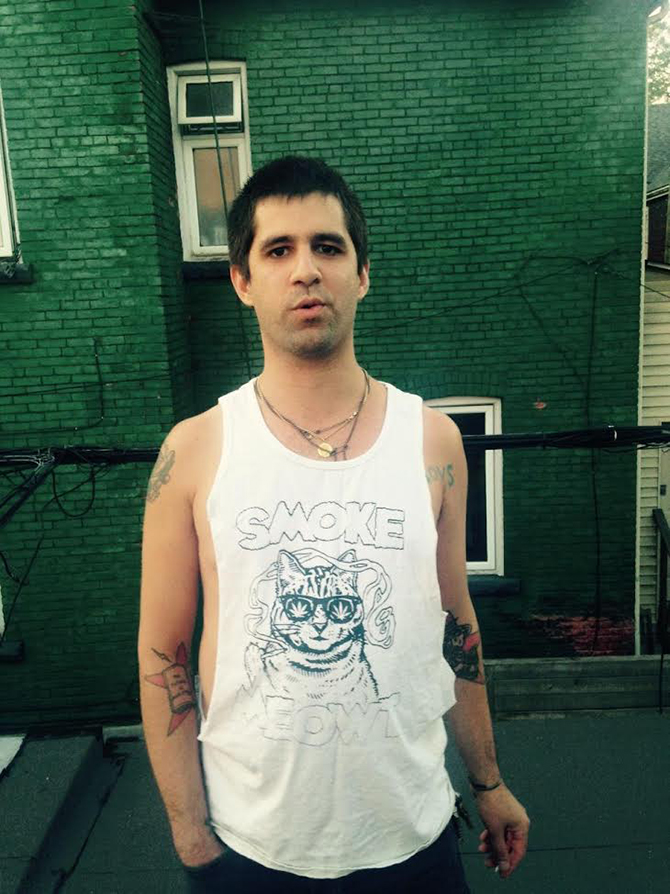 I will readily admit that it has taken me a bit of time to put this review together. As good as this little collection is, I did find that I had to be in the right mood for it. I had a kid 3 months ago, and delightful as he is, a reduced volume of sleep (which on it’s own tends to make me rather maudlin) and heightened level of stress does not typically put motherfuckers in the mood for sugary music, mate. On such days, trying to listen to this, I’m like “nobody deserves to sound this cheerful”, despite the often melancholy theme to some of the lyrics.

Thankfully though, the little man has been allowing us a better amount of sleep than expected of late, which has left me in a position to fully embrace the element of Beach Boys melodic sweetness to its full extent. This is kind of perfect for the big, overgrown indie kid hiding within us all. Most definitely mood music for me, though. Even so, this scores a Tony of Nurgle rating of 8/10.

You can give this a virtual spin on the bandcamp player below:

You can pick this up from Drunken Sailor here on pink vinyl. It obviously comes with a free, sexy 12in square picture of two flies getting down to bzzzzness (sorry – I should be taken out an shot for that one).