You could make immediate mental leaps to The Evens (Ian MacKaye and Amy Farina, Dischord Records) as this is an duo comprised of someone that runs an established independent record label, and somebody from a band that no longer exists, playing acoustic songs with boy/girl vocal harmonies. I would encourage you not to do so, though. Based purely on my own opinion that The Evens are about as exciting as watching an abandoned pie slowly decomposing. I’m sorry Ian, but The Evens record was incredibly pedestrian, feels (by turns) really arch and uninspired, and people only pretend to like it because you are involved. Given your impressive back catalogue and achievements in the wider music scene, you really don’t need anybody to continue to blow smoke up your bum.

Anyway, now that’s out of the way… Ogibuko Station is a collaboration between Mike Park (who runs Asian Man Records, is an all round great guy and was/is in Skankin’ Pickle, The Bruce Lee Band, Kitty Cat Fan Club, amongst others – as well as releasing solo records and music for children) and Maura Weaver (of Cincinnati’s Mixtapes, plus her own solo works). Prior to putting this on, I didn’t have too much of an idea what to expect, beyond maybe this sounding a bit like one of Mike Park’s solo albums (which you should check out by the way, as they really are rather quite good).
I was not disappointed, and was in fact most pleasantly surprised, nay, delighted by this 6 song package. I feel like the stripped down, gentle and simple approach taken here has something of a universal appeal – I’d advise leaving your prejudices at the door and giving this a whirl. Each time I hear this, I feel like my soul has undergone some kind of much needed rejuvenation.

It’s quite rare for me to buzz off something so utterly bereft of negativity or ennui (well, at least by my usual listening standards, even if that isn’t in actual fact a 100% accurate statement, as this record does deal with heartbreak and racism amongst other things). It’s true that whilst I freely admit to being somewhat jaded, that what I really crave deep down is some kind of karmic equilibrium, which this record goes someway to restoring. Realistically, this record is not going to achieve world peace or chase evil from the world – I’m not a fucking idiot. But it does produce an uncharacteristic aura of optimism. 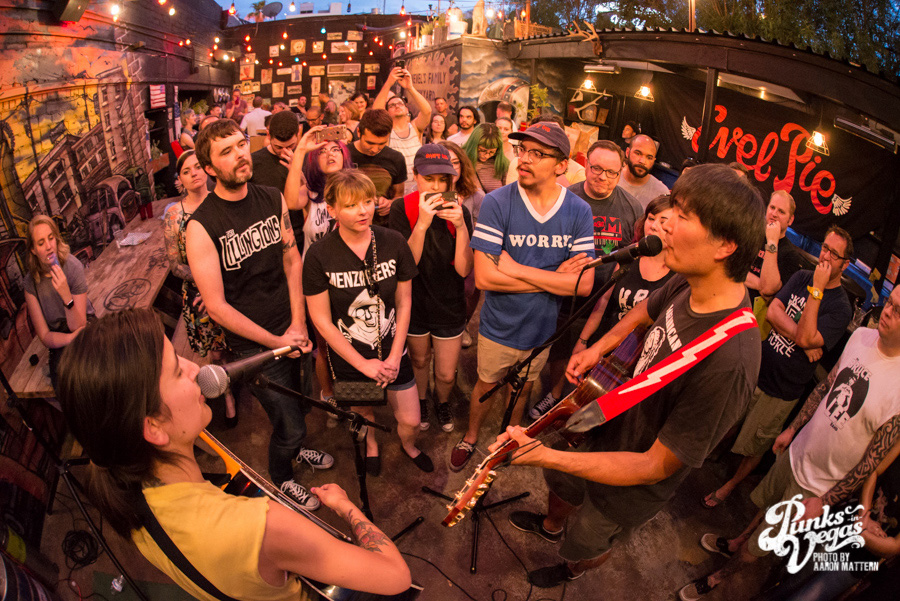 I challenge you to put this record on and not have your heart and spirits lifted by the delicious boy/girl harmonising, underpinned by well considered picking and strumming. Although it’s a bit of a different vibe to your usual punk rocker turned bard kind of fare (ala Chuck Ragan, Tim Barry, Sundowner, Brendan Kelly etc. etc. etc.), there is 100% a definite cross over in appeal here. If you dig on any of the aforementioned acts, and do not give this a whirl then not only are you missing out on a real treat, you are being a right old silly billy aren’t you?

If I was pushed for favourite cuts, I’d plump for This World Breaks Your Heart and Makes You Grey and Hey Good night Goodnight All Goodnight, or Bound to Wear Thin. Realistically though, it’s a pleaser and a pleasure from end to end. It’s left me with happy memories of one of my favourite shows I put on back in the day: Mike Park and The Sundowner.