I’ve known Ian for a very long time, probably since the early days of when I DJ’d the Thursday punk room at Jilly’s Rock World in Manchester (a recurring theme in this series of articles!). I think he also used to work at the poster shop in Afflecks, and certainly on Saturdays in that shop in Afflecks that used to sell the knock-off live CDs and T-shirts by dodgy metal bands, Sabotage Records (does it still exist?).

He’s been a key member of various Manchester / Salford bands over the years, notably Day For Airstrikes (whose debut album I put out back in the day), Thade, Claw The Thin Ice, and most recently, he’s doing vocal duties for trad emo outfit, Burrowing who are very very good indeed, and Grotbags (who I’m yet to hear). But in the main, the music over the years has involved smoking copious amounts of weed, and creating ambient soundscapes or heavier than hell sludgy doomy grooves.

He’s a good lad, with a way with words. I’ve also never known him say anything negative about anyone. What a guy. Read what he had to say about his formative journeys into music and that… 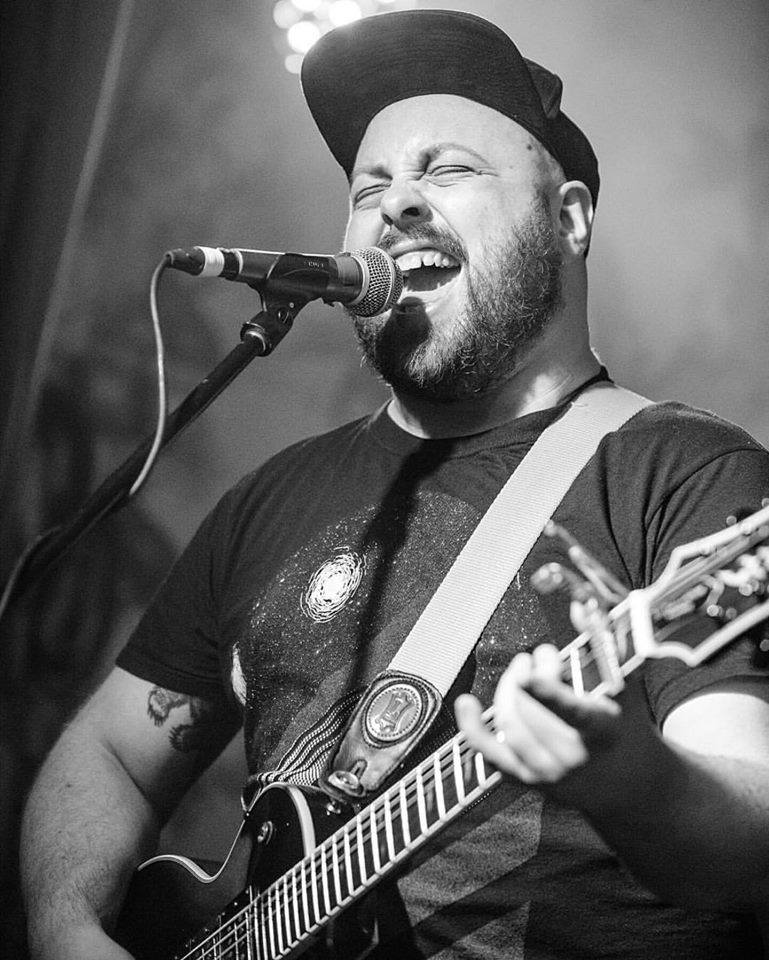 What was the very first way that you became aware of punk? i.e. what was your first encounter with punk

I became aware of it in high school, I think thanks to my cousin. He’s a few years older than me and he used to give me cassettes with stuff like Nirvana and Soundgarden on when I was about 9 or 10 years old. I remember really liking “Nevermind” and “Ten” by Pearl Jam when I was young cos they were on a tape he’d given me, but then became mad obsessed with “Superunknown” and “Siamese Dream” when I was in high school. I heard stuff like Far, Mineral and Sunny Day Real Estate when I was year 10 at school, which led me down the path towards falling in love with “emo”, but then saw Converge just before finishing my GCSE’s, so that was my first punk/hardcore show.

How did you get into punk / alternative music?

To be honest I’ve never really been the biggest punk fan. I felt like it never really connected with me. However, I fell way more in love with the emo/indie/hardcore sound and so got well into stuff like Appleseed Cast, Cave In, Botch – I basically just started going to DIY shows of bands I liked, picking up flyers for shows of bands I’d never heard of and turning up to them to see what they were like, picking up compilation CDs at merch stalls – basically just nerding out on stuff that I thought was inventive and passionate.

What was your first gig?

Smashing Pumpkins at the Manchester Arena in 1995 or 1996 I think. I’d been to a bunch of shows before that with my parents that I have very vague memories of.

First album was “Wish” by The Cure. I got it in John Menzies in Middleton on LP, I still have it now and listen to it every now and again. It’s not my favourite Cure album but it is good. It also still has the price sticker on it – £8.49 for a double vinyl. What a steal.

Regarding first punk album ever bought – I think the first one I got was Knuckledust’s “London Hardcore” in about 1998. I don’t think I liked it that much to be honest. I got given a cassette with a couple of Converge albums on – one side was “Petitioning The Empty Sky” and the other side “Caring And Killing” – from my friend Jay when we were in college though. I was completely enthralled with that.

Were you in a band while at high school or college? If yes what was the name, and how bad did you suck?

I tried being in bands when I was in school, but it just stank. We didn’t have any names that stuck, but one was Three Cubed (so it looked like a big 3 and a little 3). I started my first proper band that actually did stuff when I was 18.

What is the biggest influence that punk rock has had on you as you’ve developed as a person?

That’s difficult to say. I think probably that it pushed me to appreciate doing things yourself – supporting the DIY scene, putting the work in with your own bands – when you do well, it’s a good feeling to know that you’ve accomplished it by working hard.

What has punk rock caused you to question most about the world we live in?

What THAT smell is at crusty venues.

What was the most recent gig you went to? (any genre)

The most recent was Mew at The Ritz, Manchester. They’re one of my all-time favourite bands – they’re from Denmark and are essentially a pop-rock band, but they are so extremely inventive and experimental. I love the diversity and unpredictability in their music and I’ve been an avid fan since seeing them live (by total fluke) in 2002. They write songs like no other band can.

What was the last record you listened to? (any genre)

The last record I listened to was “Alphabetical” by Phoenix. It’s good background music for when you’re working in a quiet office on a sunny Friday morning.

I geek over music really. Equipment, instruments, production/mixing, writing. I’d say that’s the thing I obsess over the most.

Give me your top ten records EVER, and a BRIEF rundown of why you’ve chosen each one…

This is hard. But here goes. In no particular order:

2. Julee Cruise – “Floating Into The Night” – another super moody album, the climax of final song “The World Spins” is such an emotional suckerpunch.

3. Cave In – “Jupiter” – massive riffs, great hooks and the biggest left turn in the history of hardcore.

4. Pink Floyd – “Animals” – sinister, angry and totally unique – another totally unexpected step in maybe the most unpredictable band of all time.

5. Sunny Day Real Estate – “LP2” – the sound of a band at the peak of their powers imploding, nonsensical lyrics and unfinished songs, all adds to the mystery of this record.

9. Mew – “Mew And The Glass Handed Kites” – the sheer scope of this record is difficult to describe – pop songs that veer off in wild directions, an absolute all time classic.

10. Kayo Dot – “Coyote” – the heaviest album of all time and there’s not a single guitar riff to be found (save for the bomb-string explosion sounds).