I kinda had high hopes for this one for some reason. Perhaps it was some of the quotes used in the promotional blurb:

“…have found their own way to meld the ferocity & thuggery of punk with a singular melodic voice.”

“…tunes like “Theatre of Lunacy”, “Made of Shadows” & “Drop Dead” rage with a desperate fire”

You kinda see why I would have been hoping for some sort of Black Flag or Bad Brains or Cro-Mags worshipping masterpiece, right? Y’know, like these guys were the next Cloak/Dagger or Shark Attack? Cue massive disappointment for Tony.

This is some full-on wishy –washy, clippety-cloppety, repetitive dreary nonsense. About as exciting as watching a puddle of stale piss air-drying. It’s really that tedious. This record has absolutely no balls or attitude of any kind whatsoever. It’s kind of like the weakest animal in the pack exposing its throat to the alpha animal, in a display of utter submission.

If I had to try and describe this in band comparison terms, I couldn’t do much better than saying it’s like a gutless, spineless version of The Germs playing half-hearted covers of songs by The Dandy Warhols. It’s truly horrid, and gets exponentially worse as the album progresses. However, these guys look like they are probably nice people, as in the picture below they are all smiling quite cheekily, which kind of makes me feel a little bit bad about panning their record, but I’ve got to give my honest opinion, innit. 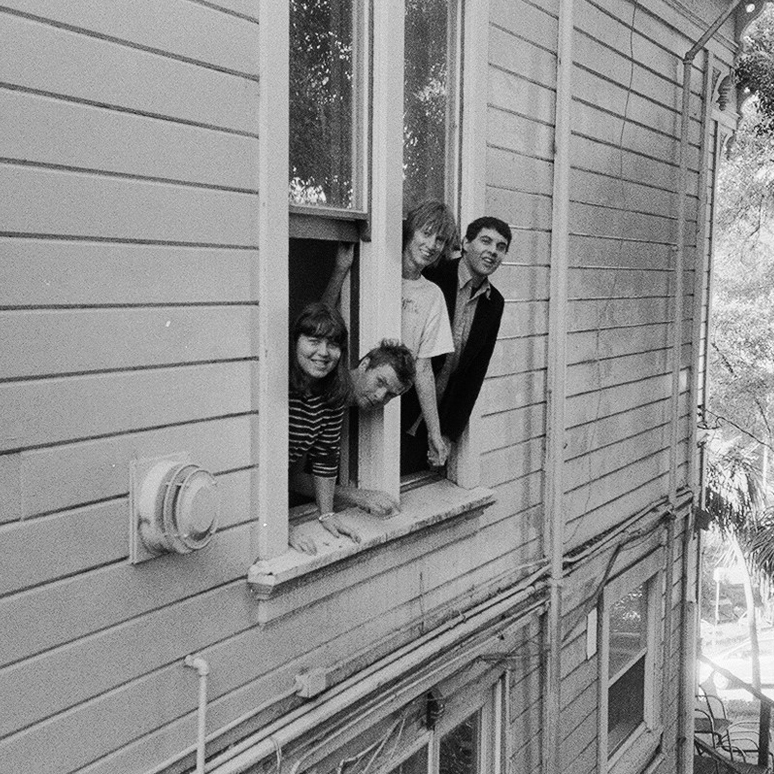 Why the hell I forced myself to suffer through this twice I honestly do not know. I’m a fucking sucker for punishment, clearly! Usually, if I think something is utter garbage, I can think of a couple of people that might dig on it, or at least see why some people might find it appealing. But this… I honestly cannot imagine anyone getting any enjoyment out of this on any level.

Tony of Nurgle verdict: This doesn’t even slightly rule in any respect. 0.5/10

Usually, I try and put in an album stream link, so people can go listen and form their own opinions, but on this occasion I was unable to find one.
If I can come across one in the future, I’ll throw it up.