Throwing Stuff are a four-piece hardcore punk band based out of Manchester, but has members hailing from London and Liverpool, too. I’d heard the name before, typically as a prefix to “are dead good”. However, I’ve never seen them live. This is partially due to the fact that in typical Tony of Nurgle fashion, I object to leaving the house and mingling with other people unless I really, really have to. It’s also partially because Throwing Stuff don’t play live all that often. I’d also had vague intentions of trying to seek out some of their music online, but never quite got around to it for one reason or another (in other words there was no particular reason why I hadn’t).

A few weeks back Tim TNS got in touch, as he was quite excited about releasing their debut full length (although it’s only about 23 minutes long), and thought I’d be particularly into it. He wasn’t wrong. It ticks a fair few boxes for me:

a. the songs are short and sharp with no unnecessary embellishment or fucking about – i.e. it steers away from being unnecessarily techy
b. it’s aggressive and melodic
c. the songs are unashamedly ferocious rants about stuff that matters
d. there’s a good amount of subculturally pleasing reference points to punk and hardcore bands that were active in the early 80s, as well as more recently
e. the vocals are not Americanised or in ‘mockney’
f. the guitar sound has a good level of meat or heft or whatever to it 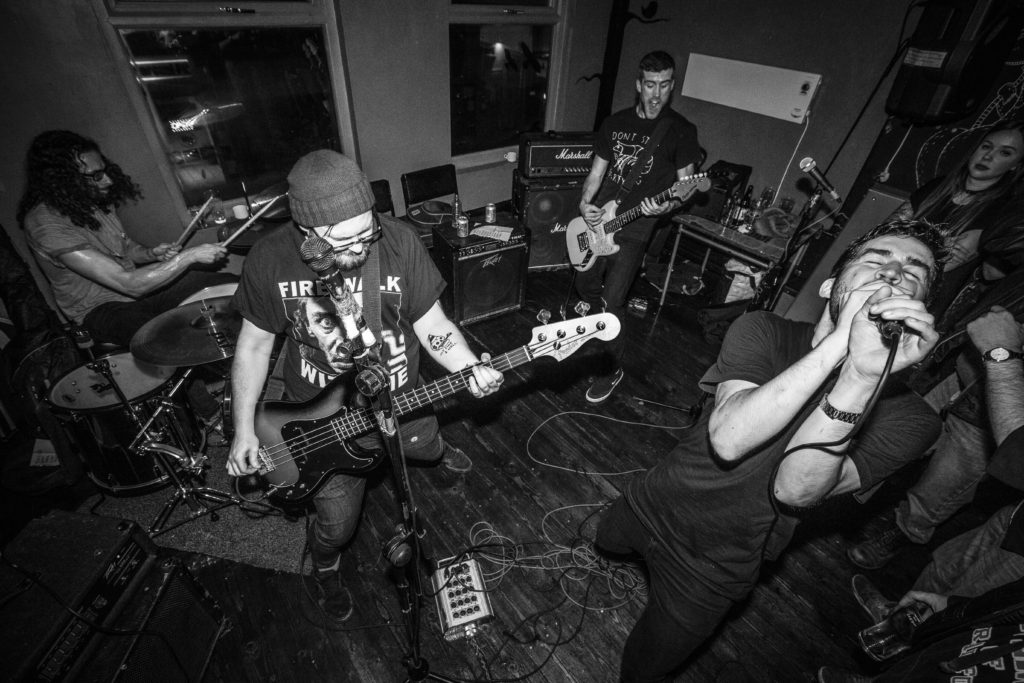 The promotional bumph I got sent indicates they take influence from the likes of Minor Threat, Paint it Black and Cold Ones (who I’m not certain are still around, but they came out of Merseyside in the late 2000s, for those that don’t recognise the name). Whilst there are clearly more than the odd tip of the hat to the aforementioned groups, I’d throw it out there that they don’t sound a million miles away from Black Flag (The First Four Years / Damaged, SST 1978 – 83), the Circle Jerks (Group Sex, Frontier Records 1980). There also pointers to OFF! (who’ve been releasing records through Vice over the last few years). So, coincidentally, loads of stuff that has involved Keith Morris at some point or other. Another fairly obvious comparison would be to sadly defunct Kingston-upon-Thames band The Steal (who released two albums through Gravity Dip, an imprint of Banquet Records in the mid – late 2000s). This, amongst other stuff, I’d personally say is all for the good. It also clearly explains their fast, thrashy, snappy approach to hardcore punk. 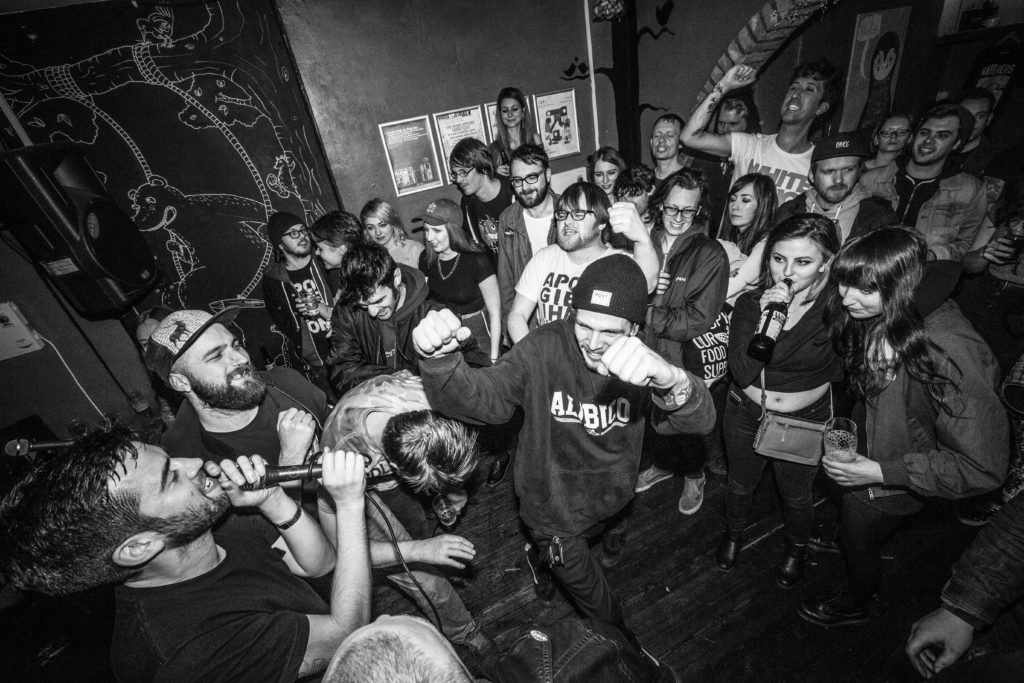 To reference the press info once again, the title of the album comes from the final line of the album closer, Father’s Day, which is about vocalist Ben’s experiences coping with his dad’s terminal brain tumour over the last year. Despite claims that he is still fit, fine and well, this must be pretty heavy stuff to deal with, as a close relative. Sadly, my father-in-law recently passed away from terminal cancer (shout out to Phil), I have some inkling of what this must be like. Ben, I feel for you, man. There are also some other personally focussed songs ( I Know What’s Best and Hangxiety) which discuss mental health issues. Given that the media claims that one in four of us will suffer from a mental health issue at some point in our lives (probably a gross underestimation given people’s lack of awareness about their own health and/or unwillingness to speak to anybody about it for fear of being viewed as weak), it’s subject matter that is incredibly relevant to huge swathes of the populace, not least myself. 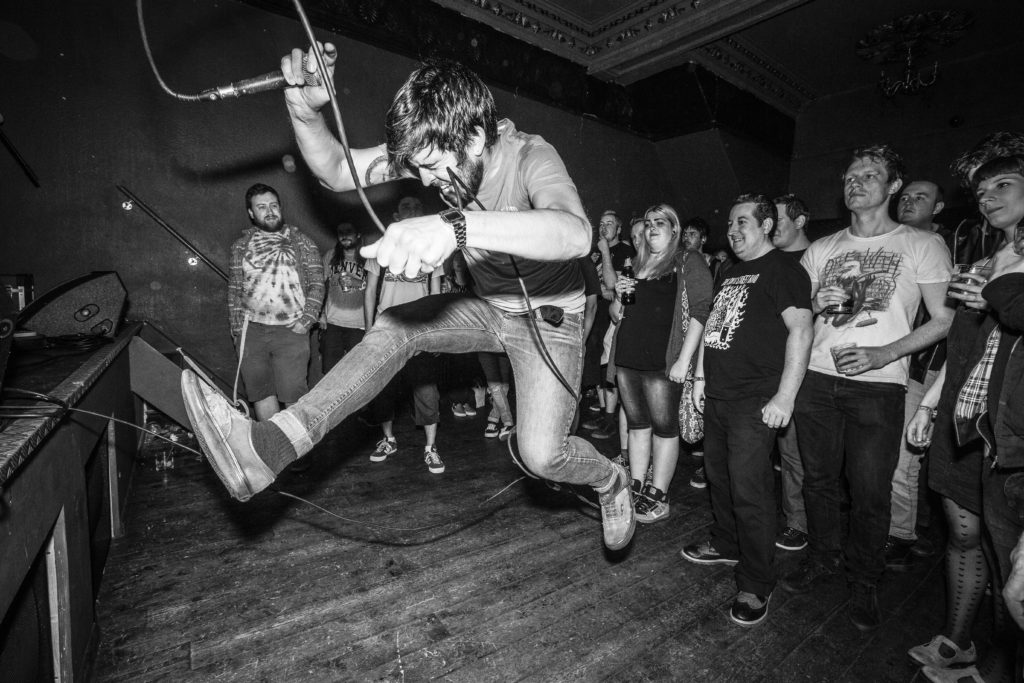 As I mentioned earlier, these guys also have an many an axe to grind about a variety of issues. Without wanting to overly reference the promo material (but credit where credit’s due – there’s some great content there – props!), some of these include the trade in rhino horns (The Hunter), David Cameron’s leadership (We Wrote This Song Before David Cameron Resigned), the pitfalls of evolution (Whatever Made You Think that Paper Was So Valuable?) or genocide (The Butcher). Without dwelling on this and without making too many drastic (and for all I know, maybe intentional?) leaps in logic, some of the issues addressed in some songs could be considered causes or effects of issues in other ones, or at least demonstrate where parallels could be drawn. It’s pretty refreshing to hear stuff sometimes that goes beyond the standard fare of being deserted by a girl / not being able to get a girl or being dishonoured by friends. Smart move as far as I’m concerned. More power to ya’s.

The album is due for release on April 7th and is available to pre-order direct from TNS now. The album will be available on one-sided milky clear vinyl as well as on CD. Unless they’ve all gone already, the first 25 vinyl orders will be a limited edition record with the off-side spray painted with the Throwing Stuff logo, so hop to it.

You can stream this record over at Dying Scene.

You can listen to the previous Throwing Stuff releases on their bandcamp page.

You can catch them live at the Manchester Punk Festival and on a tour of the UK with Aussie punk n’ rollers, Clowns this April: 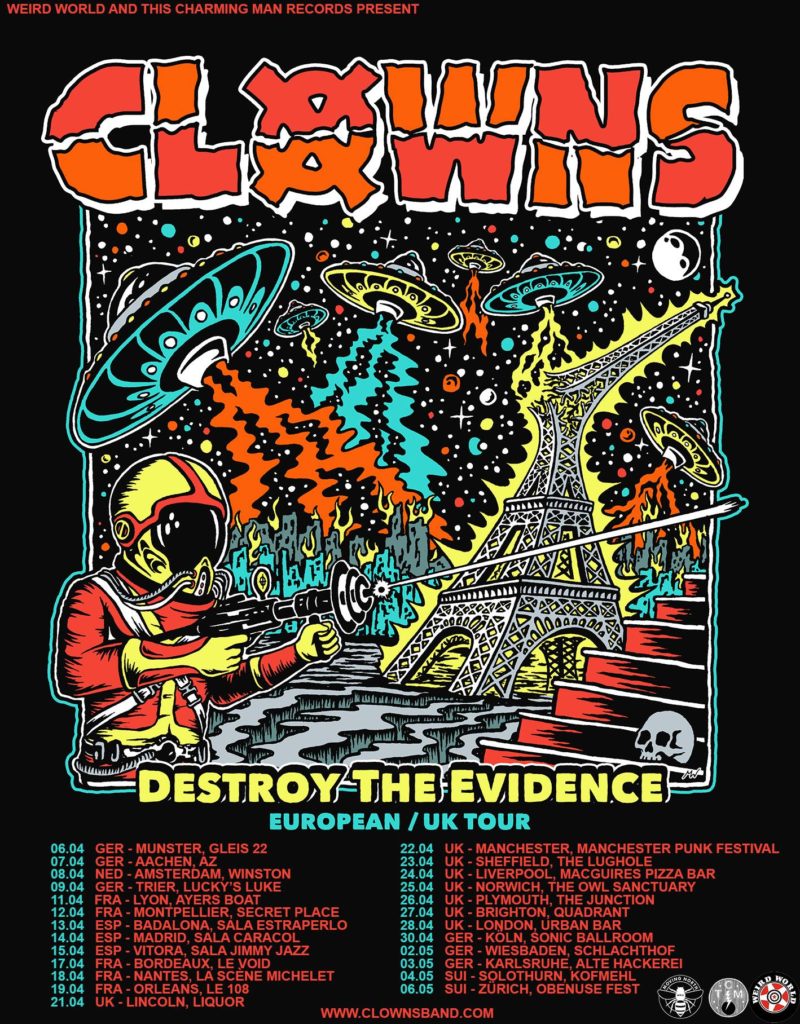