If there is one thing we can be almost certain of, 2016 was the precursor to the impending apocalypse. It also seems likely that 2017 may well be prime time for the mouth of hell to yawn open and suck us all in to an everlasting and most fiery doom, while Donald Trump, Theresa May, Vladimir Putin and that North Korean guy with the Lego hair stand by and laugh.
It is therefore, an appropriate time for a new era of crossover thrash to soundtrack our demise as things we have no control over make our lives unrelenting unbearable and the world is run by Spitting Image puppets made flesh once again. Yes, it might as well be the 1980s.

And yet, need we despair? Realistically speaking, well, er, probably, yes, we probably should.

But fear not, Iron Reagan bring a different brand of insanity to the fray with their own brand of crossover hardcore / skate-thrash. As a kid growing up in the 80s and 90s, there’s a lot of references that resonate here. But I guess that may become apparent as we go through the review… 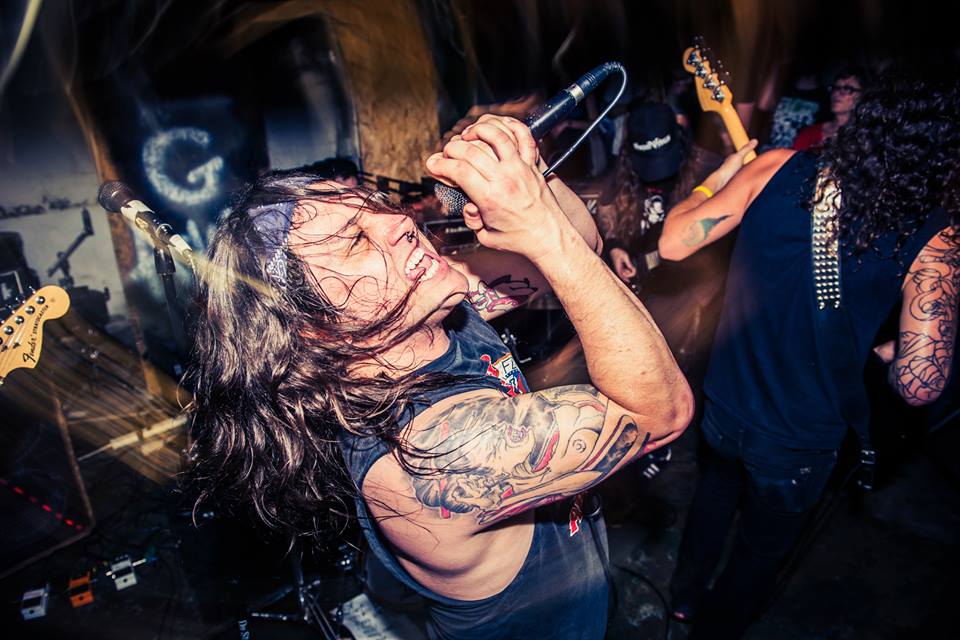 So, what do you need to know about the Iron Reagan crew? They’ve been around since 2012. They feature members of Municipal Waste (Tony Foresta & Landphil), Darkest Hour (Ryan Parrish), and Cannabis Corpse (Landphil again) amongst others. This really shows through, and adds a really modern flavour to what is essentially a pretty old school blend. Their previous full length, The Tyranny of Will peaked at 22 on the US billboard chart. Kurt Ballou of Converge produced this particular opus, as you can tell from the trademark rich, meaty tone to the sound.

I’ve been peripherally aware of Iron Reagan for a while, and they’ve been on my list of “bands to check out when you get a chance”. My pal Andy Moore sent me a link to a video of theirs on Youtube (Miserable Failure) a few months back, which I think seems to feature a mosh flashmob (or series of). It’s pretty fackin’ pissah, guy!

These guys, just like Municipal Waste, are out to bring the party. Thrash madness, subcultural references, homages to, knowing indulgence in awesome clichés that are… pretty awesome. Now, the thing with this is that it also distils some formative musical experiences of mine into an updated and compacted format. Those years at high school (88-93) listening to the “big four” (Anthrax, Metallica, Slayer, Megadeth – but, y’know, mainly Anthrax, obviously), amongst other things. Discovering stuff like Suicidal Tendencies, NOFX, Helmet and Biohazard… Ah! Nostalgia! First stage dives. First hardcore gig (although I didn’t know it at the time).

Day to day, I’m a serious kind of person. I freely admit to having an outlook on life that usually moves between being overcast at best to bleak at worst. I’m introverted to the point of being anti-social. I wish I wasn’t, but it’s just the way I’m put together. It’s because of this that I’m grateful for the existence of bands like Iron Reagan and Municipal Waste. This is music that manages to pay respect to its influences, whilst light-heartedly poking fun at them in an appreciative way. This shit slays, but it exudes fun without veering into the dangerous zone of being wacky.

I realise I’m meant to be talking about Iron Reagan here, but I have such find memories of seeing Municipal Waste numerous times when they were touring Hazardous Mutation and The Art of Partying that I have to briefly mention them. They were awesome gigs. People were rocking up with inflatable crocodiles to crowd surf on, and beach balls. At one gig they had a trampoline on stage to assist with the stage dive action. People were coming dressed as Rambo and wizards and shit like that. It’s thinking about stuff like this that rekindles a youthful vigour in this old fucker, here. 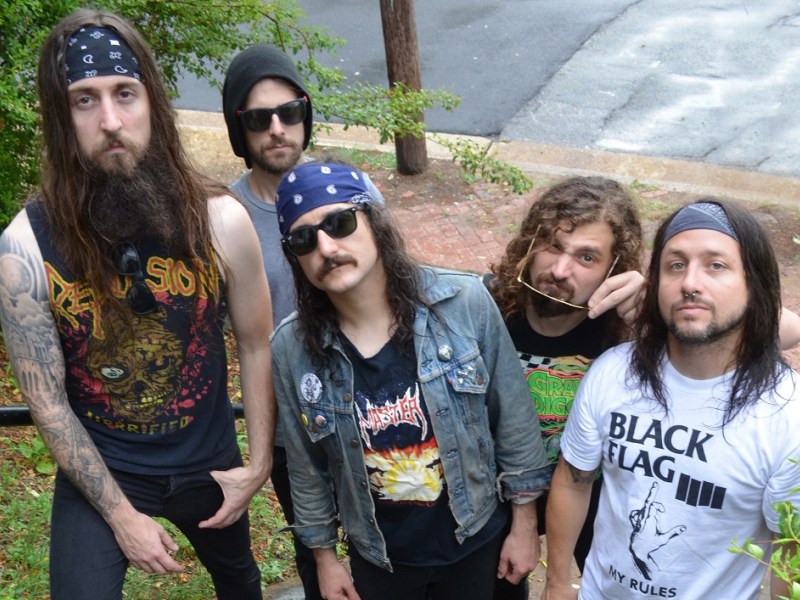 Back to the matter at hand. This record has it all. Beefy mosh parts, choppy and aggro circle pit breaks, and buckets o’ riffage. It flows smoothly and intelligently between these constituent parts. It’s fast. It’s heavy. It’s catchy. It’s melodic. It’s fun. It’s… anthemic? It’s certainly posi. Every time I put this on, it seems I’m picking up a new sub-cultural reference of some kind, enmeshed in the subtext. It’s all there: Anthrax, Suicidal Tendencies, Minor Threat, Black Flag, DRI, Murphy’s Law, Nuclear Assault, Token Entry, Bones Brigade – all that shit and much more. 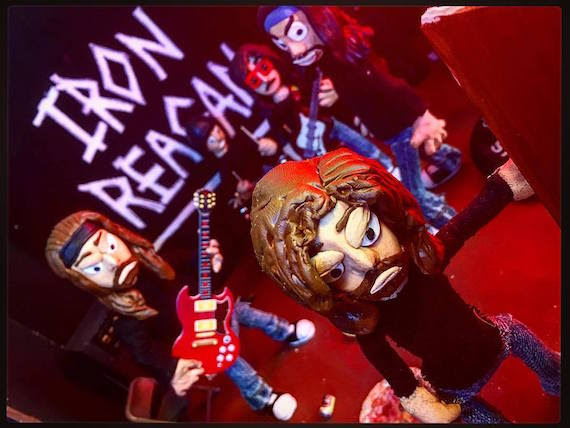 I should at this point drop in the latest awesome video clip. It’s for Fuck The Neighbours, obviously about partying hard and being loud as fuck. Kind of a clay-mation, stop-frame animation affair, done by one of the Robot Chicken people. I’m sure everybody reading this probably have had (or currently have) neighbours at some point or other that make an unnecessary amount of noise at inappropriate times, and I for one would love to throw some kind of outrageous party just to get back at them, and just be able to say “fuck the consequences, yo”.

If I had one criticism, it’s probably got one or two too many songs (18 of them shits, although, this is less than the previous records), but as the whole thing clocks in at around half an hour, at an average of less than 2 minutes a song, as far as criticisms go, it’s a pointless one. But really, this is a ton of fun, and ably stands up to many repeat listens. This would be an ideal choice of soundtrack for thrashing the living shit out of your board at a decent skatepark… Ah, the halcyon days of being skate-mental. Death to false dudes!

As ever, I would urge you to form your own opinion – I’m just some prick on the internet. Listen on their bandcamp page – and note you can also buy it direct on LP, CD or MP3 from the same place.