There was a time when A Fire Inside, or AFI as they are more commonly known, actually had a fire inside, and were a band worthy of respect, even if you personally didn’t get along with them musically. I’d been hoping for a return to form of some sort, based on a track (White Offerings) from AFI (The Blood) that they shared prior to its release. Sadly, it’s a been long time since this band were worthy of anything but scorn. Bands I love have come back from the point of seeming no return: Lagwagon with Hang, Against Me! with Transgender Dysphoria Blues and Rancid with … Honor is all we Know being just three examples from recent years. It’s totally possible to record a killer album, even if your last few have been completely and utterly poo.

AFI seem to have had something of an unusual journey since their inception in 1991. They had more than one name fitting the AFI tag, previous incarnations including Asking For It, and Anthems For Insubordinates (the latter clearly inspired by TSOL, aka True Sounds of Liberty). Going from a hardcore punk band with teeth, albeit with borderline comical lyrical themes, they arrived at their 4th album – and my personal favourite – this album truly destroys, to this very day – Black Sails in the Sunset (Nitro, 1999). With that one they began to go to a darker place both in terms of sound and lyrically. Popular conjecture has it that it was around this time that vocalist Davey Havok started dressing like The Crow and pretending to be some kind of dark, brooding vampire or something. But the important thing to remember is that at this point they were still kicking out some righteous, anthemic jams, such as Malleus Maleficarum, Clove Smoke Catharsis and God Called in Sick Today (in fact, it’s pretty much all decent). Their new horror punk / gothic pastiche was pretty much acceptable. Historically, The Misfits and The Damned (amongst others) had also previously pulled this shtick off successfully without looking and sounding like complete and utter melts. 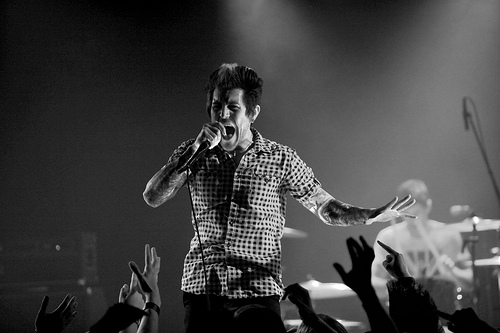 Moving on a few years, following Black Sails… and The Art of Drowning, which also had a few pretty good moments (and I’ve already glossed over loads of stuff anyway), they released their major label debut Sing The Sorrow (DreamWorks, 2002). As is often the case in situations like this, they achieved mainstream success at the expense of their credibility. OK, OK. Leaving Song pt. 2 was kinda good, but it was too slow for this guy right here. Girl’s Not Grey was getting loads of airtime and screen time on satellite channels, and face it, that song was only – in all seriousness, too – favoured by gothy sixth formers with badly cut black-dyed bobs and those hair-farmer types with 15 different haircuts allover their heads. It was properly shit. Figuratively speaking, the looking creepy vampire had yanked out its own fangs, ceased to have any pretence of being a hardcore band and became a bit of a joke. Gone were the choppy mosh parts. Gone were the up tempo riffs and drumming. Gone were the aggro, yelped vocal deliveries. AFI’s bollocks had effectively retracted into their own bodies. Not that I’d say that to Davey Havok’s face though. He’s reportedly as hard as fuck, and I’m a fucking dweeb.

And lo! The punishing, exponential downward spiral of self-parody and throwaway garbage continued: not content with being a merely minor embarrassment to the punk scene, they released an apparently worsening array of records. Havok released an appalling pair of solo albums under the moniker Blaqk Audio. Seriously, don’t be tempted to check it out, it’s dogger of the highest order (or lowest, depending how you look at it).

Anyway, back I suppose to the matter at hand. AFI (The Blood) has quite a polished sound to it, and is I suppose pretty well produced. I’m not sure what exactly the target market for this album is, though. I’d take a wild guess at maybe gothy teenagers (do they still realistically exist?), and women in their 30s that wear Emily the Strange t-shirts, Jack Skellington bags and stripy stockings, even though they are well old enough to know better. 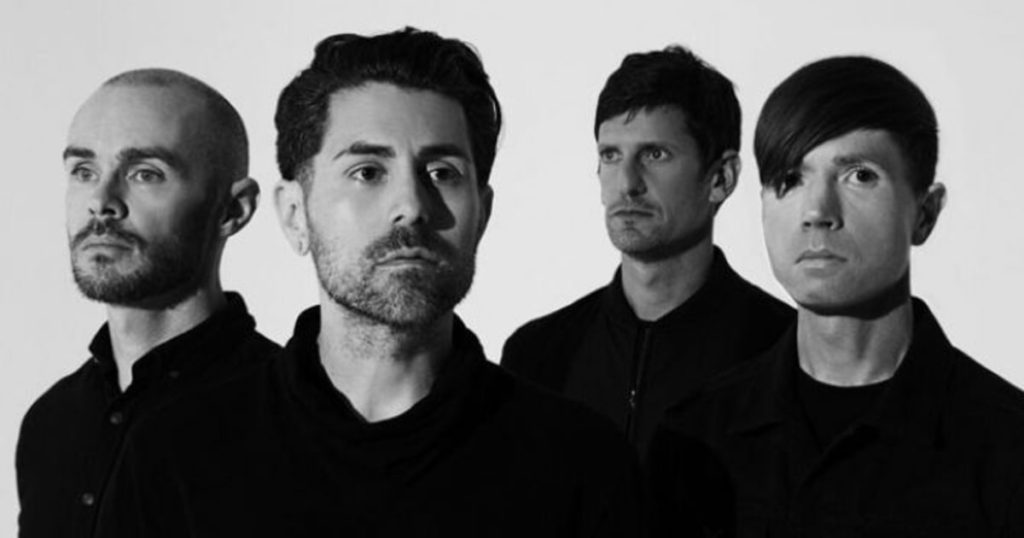 By and large, this is a horrible record that sounds like a bizarre melange of Poison, Fall Out Boy, Evanescence, Marilyn Manson, Placebo, The Editors and their own Sing The Sorrow. It’s dire. It’s so wince-inducing that I’m embarrassed on their behalf. It’s fucking excruciating. These guys must be in their late 40s. Quite why they are making absolute drivel like this utterly bewilders me. Quite why I forced myself to sit (more than once) through this eye-watering, hour long meme for twerps that used to like My Chemical Romance is admittedly beyond my ability to explain.

However, there are a couple of reasonable cuts on here. The aforementioned White Offerings, Dumb Kids and So Beneath You. These all seem to be harking back to the days when you could imagine this lot busting the doors off their bleedin’ ‘inges, mate. Realistically though, it just makes the rest of the record even less forgivable. This packet of utter bulbs probably ought to have stuck to shoving live ravens up their own arses or whatever they get up to behind closed doors, because what’s on offer here just plain reeks of failed potential.

In conclusion, people may as well just listen to Black Sails in the Sunset, and pretend nothing else they did exists. At least that way there is some chance of having a satisfying audio experience of some kind. The three songs in the previous paragraph would have made a pretty satisfying 7 inch record, though, even if the other 11 songs are pretty dreadful.

Normally I’d encourage you to form your own opinion and listen yourself, so I won’t make an exception here. You can stream it at your own risk on Spotify Web Player here