“Irrespective of your age, income or background, the likelihood is that you or someone close to you has experienced mental illness. One in four of us, around 13 million people, will have a common diagnosable mental disorder in any given year. Below the age of 16, one in ten children suffers from a diagnosable condition, the equivalent of three pupils in every classroom” – Introduction to the Government’s response to the Five Year Forward View for Mental Health, January 2017

Mental health is more of a conversation topic than it has ever been – from the impact of social media on young people, to the documented conditions of every single celebrity under the sun.

My echo chamber is an endless loop of reminders to support and understand a variety of disorders – articles, graphics & pithy sayings are a constant re-assurance that this is no longer a taboo subject.

In the real world however, is that really true? The excellent ‘Time to Change’ campaign (led by Mind, and aiming to reduce discrimination) is required solely because those who experience mental health conditions say that they feel “isolated, ashamed and worthless”. In addition, I hear countless stories of people hiding how they feel (and therefore who they are) from family, friends and employers. This in itself risks people falling into a spiral of loneliness, addiction, or other damaging behaviour.

On January 9th, Theresa May announced a package of measures to help tackle the mental health crisis that the UK finds itself in (itself exacerbated by broader pressures on the chronically underfunded NHS). At a snappy 55 recommendations across 29 pages, I’m sure this is supposed to reassure me… but it doesn’t.

In a culture where so much of how we think is dictated by media and what “society” (whatever that is) values, I can’t help but think we need to treat the cause and not just the symptoms. This article is about changing our start point – and recognising the many incredible characteristics that those who experience mental health conditions hold.

Anyone who has seen the fantastic BBC “Sherlock” series will be aware of the compelling nature of the main character, excellently portrayed by Benedict Cumberbatch.

Sherlock can be unpleasant, heartless, and battles many addictions… and yet he is also painfully intelligent, fast, and witty. Many viewers want to be him or be with him. Yes, this may be fiction, but it topically sums up to me that all human beings are a mixture of attractive and less attractive characteristics – with some personalities simply more extreme than others.

It seems to me that as a society we are obsessed with seeing mental health as a disease. What we completely fail to acknowledge are the strengths that come along with it. I’ve picked three to discuss below – and I’m sure a psychologist could give you more. And yet I couldn’t find a single article that discussed this concept on-line (only one medical journal that requires a subscription). Why are we letting this topic only be seen from a “glass half empty” perspective? Any other change to the human race – for example technology – is seen as both a blessing and a curse. Isn’t it time to be kinder, and to do the same about mental health?

My best understanding of what it is to suffer an extreme mental health condition comes every time I get on an aeroplane. The average age at which someone develops a fear of flying is 26, and up to 1/3 of people are known to be anxious about flying (with women statistically more affected). In my late 20’s – and having had several unpleasant panic attacks & an increasing dependency on the in-flight drinks service – I went on a course to help “fix me” (Virgin’s ‘Flying without Fear’, which I would highly recommend). This taught me that my anxiety was due to a lack of understanding and control, and if I could improve what I knew about how this big metal box stayed in the air, I would feel a lot calmer. It worked.

We all experience anxiety in some form every day. Did I lock the car? Am I going to be late? Did that meeting go well? Will this cheese make me fat?? On a basic level, it is what keeps us alive. My experience of anxiety in more extreme forms is that – whilst it can be debilitating – anxious people are pretty useful to have around! They are often the meticulous planners, or the people who spot risks that no-one else did. They care & over-think about every small possibility… and as a result they are the people who make things happen, and make sure they happen in the right way.

Celebrate the anxious people around you – and help them realise that they shouldn’t want to be any other way.

Otherwise known as manic depression, Bipolar (“BPD”) is probably the most highly publicised mental health condition, encompassing Winston Churchill to Stephen Fry. Recently I heard that in the 1970’s the average age of being diagnosed with BPD was 41. It is now 14.

Much as with anxiety, every one of us knows what it is to feel low. As I write this, I am anticipating Manchester United’s game against Liverpool, in the full knowledge that it will ruin my Sunday night (and probably my Monday) if the result goes the wrong way. Yes this may sound trivial, but to many sport is a religion and a compass.

Now if I imagine a world where that sense of grey is all-pervasive (something I very much visualise as JK Rowling’s “Dementors”), it becomes easy to see how Monday could not only be unpleasant, but something that I wouldn’t want to leave the house – or even bed – for. For Bipolar is as terrifying to me as the worst stories and nightmares imaginable… a place where nothing has worth. The glass is not only half-empty, but not even there at all – and in its most extreme forms, BPD can lead to suicidal thinking (rates in young men are presently particularly terrifying). 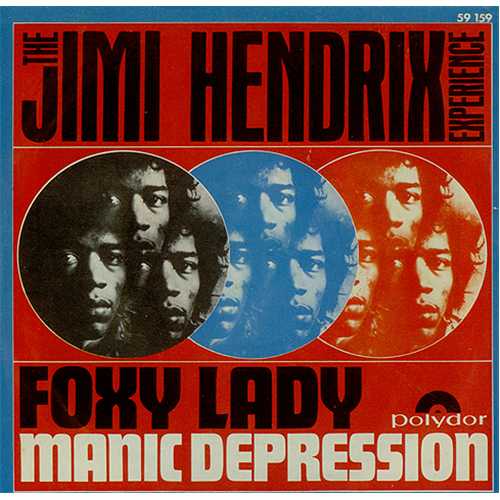 But, BPD is also a game of extremes. For every low there is an equivalent high – “mania” or variances of it. I have seen this in action, and I have seen the energy, passion and creativity that it brings. Friends with BPD often tell me they wish they could “even themselves out”… and whilst some manage to do that (often through a combination of CBT and medication),
my observation is that if we don’t celebrate the highs – and the brilliance and joy they create – then we aren’t even giving people a chance. We aren’t helping them put their dark days into context, and we aren’t showing them how much we value the brilliance that they exude at their best.

This one is pretty simple. Experiencing a mental health condition – and the resilience it takes to manage it – creates some of the most caring, thoughtful & empathetic people you could wish to meet. In a world of materialism & self-interest, those are about some of the best qualities to look for in a friend, family member or co-worker.

The smartest people I know are invariably on the mental health spectrum…. And smart these days isn’t just about IQ, it’s about understanding people.

“People in negative situations being negative SHOCKER” – is it really a surprise that the topic of mental health often leads down a worm hole of worry and despair? And do we really think that allowing the flames to be oiled in that way is a good move??

It’s clear to me that adjusting to a world with a higher – and more visible – prevalence of mental health conditions is going to take some time. Awareness is a good start. Proper conversation is a good middle. But the end really needs to be a culture and structure that accepts this as normal – because that is what it is. And normal has good AND bad attached to it.

Statistically our managers and leaders – be it in government, business or public sector – are all impacted by this too. Many of them don’t talk about it. Many are afraid to. The taboo won’t end until we show that it’s our brains that make us who we are – and that many successful people would never have got to where they are by being “sane”.

Those who are familiar with mental health issues will know only too well how hard it is to take control, to be rational, and to see everything they are experiencing as anything other than “glass half empty”. Telling people to do those things simply doesn’t help – but if we could try observing, understanding & genuinely believing in the counter-balances that are out there, then we stand some chance of being a society that supports people positively, and without patronisation.