Frozen Teens are a garage punk band and have been around on and off since 2009, are based out of Minneapolis, which is, as we all know, a traditional hotbed of punk rock talent. They are apparently something of a local favourite, and the internet tells me that their ranks include members of Constant Insult, We/Ours, Cortez The Killer, Hello Shitty People amongst others, none of whom, admittedly, I’m familiar with. This six song EP is the follow-up release to the Oakland Footsteps 7in. They also had their full length re-issued by Dead Broke not so long back, which you can listen to here 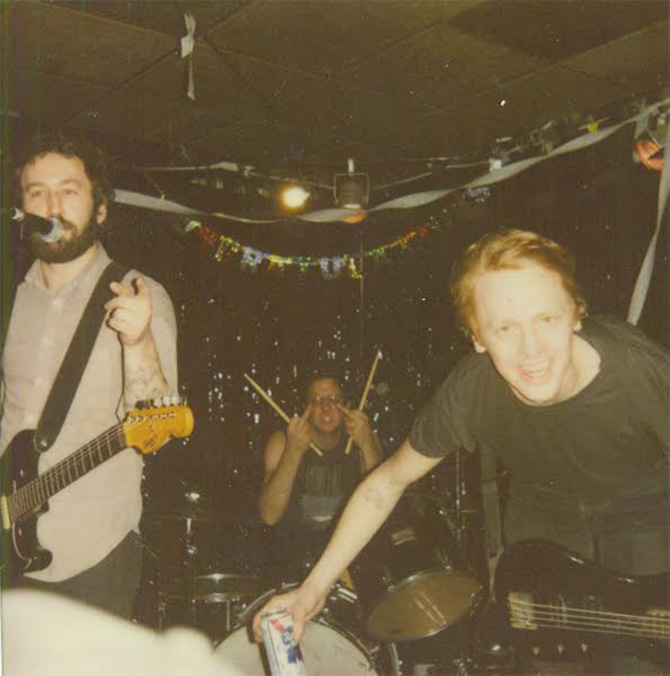 Hey, Good Job! walks a path somewhere between garage punk and 90s indie rock. The songs have a cool, stripped back feel to them, and some of the guitar work, particularly on New Tattoo has an odd Hank Marvin thing going on that really compliments the more, I suppose standard structures of the songs. I know it seems like a weird thing to say, but go with me on this. It really works, although on the first listen through it kinda puzzled me because it was so unexpected. On subsequent listens I found I was really feeling it though.

Lyrically there’s a certain regretful wistfulness to this record. Kinda like if you are going through a bad patch in life and you start to project your internal shit onto the trivialities of day to day existence. Ah, fuckin’ life, man. Underlying the whole record is a sense of raw, heart-felt ‘gentle aggression’ if that’s not too much of a contradiction in terms.

In terms of reference points I can offer you, this seems to sit somewhere between classic Get Up Kids, The Lemonheads, Pavement (circa Slanted & Enchanted and Crooked Rain) and Crimpshrine.

Personal highlights for me are Berryman’s Bridge and Windows. I’d give it a Tony of Nurgle verdict of 7.5/10.

You can stream Hey, Good Job! on bandcamp here and make up your own mind