So I hear about Pijn and they get compared to a few bands that make me prick my ears up, Explosions in the Sky, Mogwai, Godspeed You! Black Emperor. Bands like that. Bands I kinda love. Bands that comparisons to give lofty expectations. These are great, solid, intricate post rock bands that build soundscapes with their albums. Big massive boots to fill.

Then the press release containing snippets like “…an audio blinding of energy and light…’ “and “…the group’s début ‘Floodlit’ seeks to harness musical and conceptual heaviness by new means.” Then they have that Scandi sounding name, Pijn (pronounced pine), which turns out to be Dutch for ‘pain’ whilst the band is based in Manchester (although I have no idea where they actually hail from). 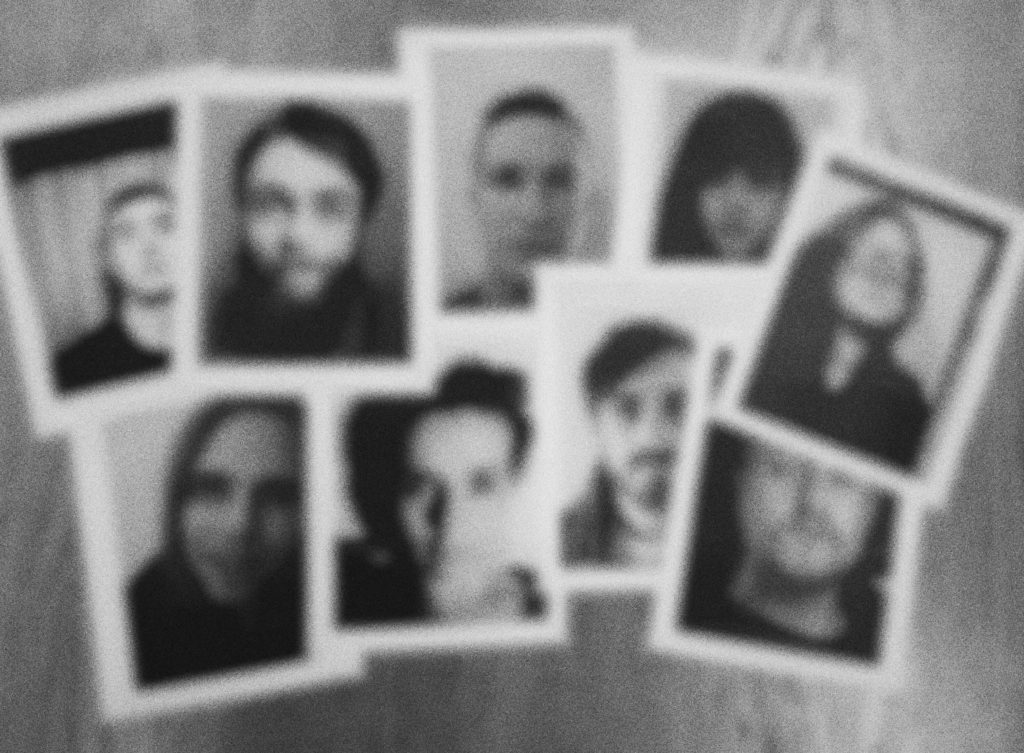 I’ll be honest, I have high hopes and expectations which means that I have written them off already. I can only take so much build before I assume the worst. Right, sleeves up, let’s have a listen. Oh – there might be something here actually. Another listen, yep, something works. By listens ten to twenty (I’ve been a little slow getting this out) I am starting to rate this band very highly indeed and wonder how the albums come across live.

As I say, the band are a manc based trio with collaborators from many other bands. There is not a lot of info out there but it seems like they drafted in a whole bunch of folks to play the many different instruments that add to them quite frankly, orchestral sound that comes across on the album. With so many collaborators it does make me think that a live show would be a very different sound, but who knows.

So what is on this EP? Well, two full formed songs and two… bookends. To be honest, the second track Hazel sounds like an outro to the first track and Cassandra an intro to the final track. Not knocking these two smaller tracks but I feel they support the associated songs rather than bring new entities. I will treat them as such and do so with no cynicism – they are great, I just can’t see them as standalone tracks.

So the first track is Dumbstruck and Floodlit. This is a pretty cool track. It comes across as a post-rock track with rises, swells, crashes and lulls but there is something classic rock about it here and there… in the first movement. Kinda like when Smashing Pumpkins do their epic music pieces – there is a clean edge to the guitars but never in a cheese-rock way. Part two has more of Explosions in the Sky kind of feel, very much the chill lull, the calm before the storm. It takes nice, mellow guitar work and vocals and adds a little Warren Ellis style violin (Dirty Three and The Bad Seeds) which to be honest I could take a huge heap more of. Yet I don’t feel short changed here. Part three is the storm. More like Deafheaven than anything else: a doomy dirge with growling vocals. Yes – all three types of song fit into eight and a half minutes – yet it doesn’t feel too short or overstay it’s welcome. It is the equivalent of the Rodan songs splices together with little effort and it flipping works. Damn.

Listen to it  at: https://pijn.bandcamp.com/

Lacquer, the final track on this EP, is as ferocious as any Deafheaven track, with a sprinkle of GY!BE and Swans, and is easily my favourite track here. Heavy guitars layered on top of heavy guitars with guttural vocals and a solid, rhythmic drum beat that makes me think of Todd Trainer from Shellac. Solid. Again, some nice strings added in but not overdone. And all the rises, swells, crashes and general rollercoaster type ocean comparisons you can fit in. it is more straight forward as a piece – sounding more like one song with different moments rather than three significantly different acts like you hear with Dumbstruck and Floodlit. There is a little sax work on her which is a sounds that grates me. It fits but I still wish it wasn’t there. Still, and this is where the my love of this track shows, it sounds like a recent Mono track. That’s right – Mono. One of my absolute favourite top 3 bands. So lofty praise from myself indeed. I think the only real difference is that Mono would have had an additional heavy section towards the end of the track – and I must say I would have liked that here too. But I cannot complain to heavily. I really do think that this is a well crafted song.

So there you have it. I love it. A gushing review. I wish that there was more and I read that an album may be in the works. I hope so. I cannot wait. In the meantime, pick this up when it comes out on 27th Jan, 2017 (or preorder it now, here).