I’ve decided that it’s best to start this review off with a giant declaration:

1. I love this band, and have seen them 80+ times live over a 10 year period. They are one of my favourite bands in the country and I will argue that with anyone who is willing.

2. I am friends with all of the bands’ members, to the point where we go to each other’s weddings.

3. TNS Records (the band’s record label, which was started by Revenge’s bassist Andy Davies and Tim Bevington) is something I have been involved with to a minor extent for several years, mainly through the podcast but also through trying to convince other people to come to the gigs. 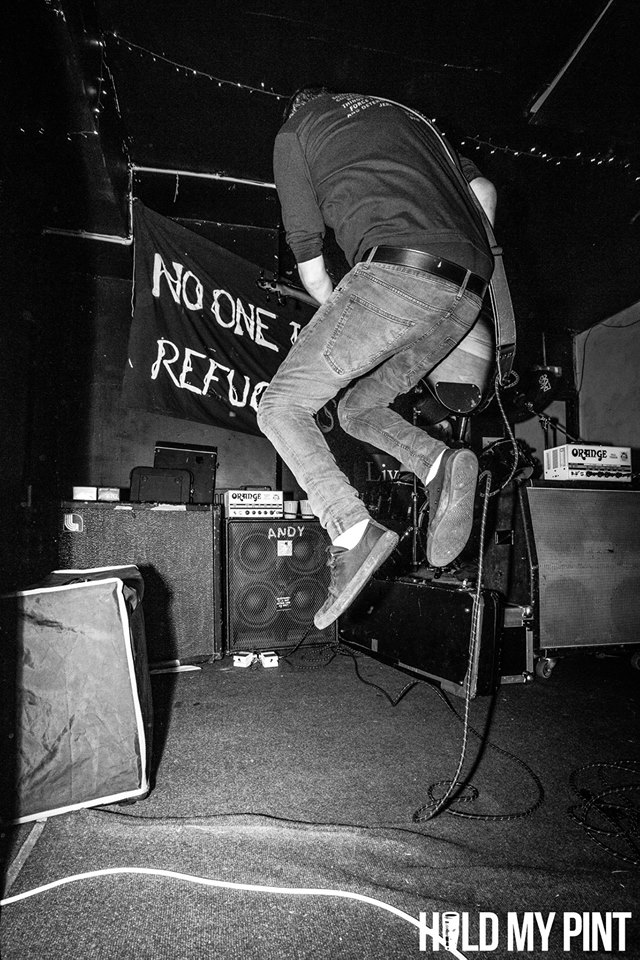 So believe me when I say that this review has not been easy; because, frankly, I’m not a massive fan of the record. I really like the songs, but I knew that already as I’d seen them live before the record had come out, and was the sad twat stood at the back making metal horns to some riff I’d never heard before on the off chance that it caught the guitarist’s eye. But, what I don’t like is the production. As you would expect from someone who has access to the band, I am privy to facts about roughly how much the production cost, and how much time and effort the band has put into making this record sound as it does. I am also aware that the band really like the sounds, and it has been praised by other people. But this doesn’t make me like it. To me – and I’m aware of how inaccurate this adjective is – it sounds a bit cheap. I’d expect this from a band who don’t have the stature of Revenge. This band play to hundreds of people every weekend. They can draw in any town that has its own postcode, and this isn’t something they do every now and again for a cheap laugh. But, at points that’s how it sounds. It doesn’t sound very clear, and whilst I expect a bit of distortion, this just sounds rough. Also, when the guitar is shredding at full pace and the drums are going for it I get some sort of hissing sound through my speakers which puts me off. I’ve tried listening on vinyl (I pre-ordered, such is my nerditry) and through my computer, but the problem persists. So, frankly, it puts me off listening to the record. 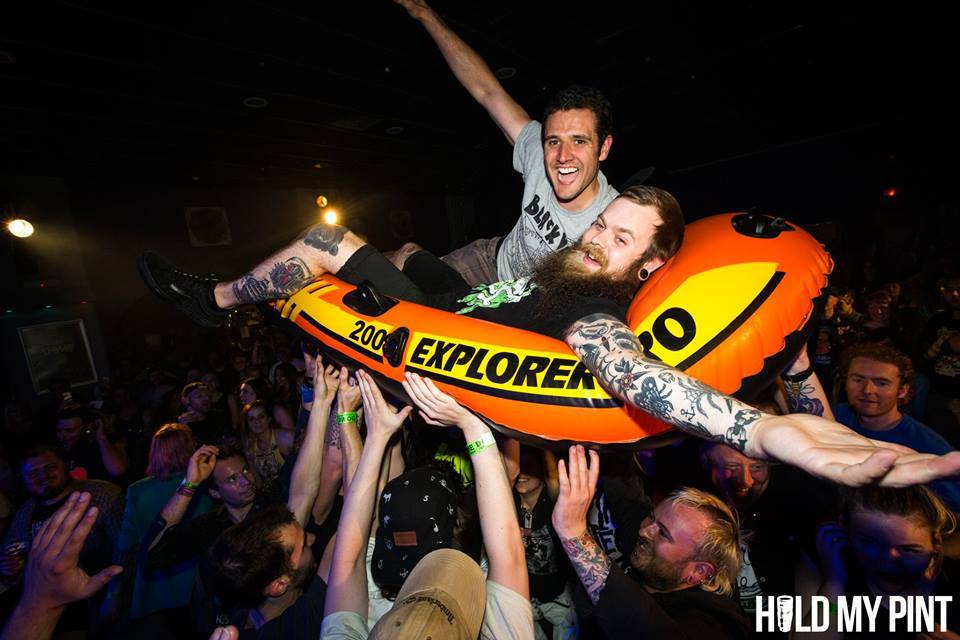 Whilst I’m being negative there’s a few other minor points I’d like to make: having a song called Stop Telling Me What To Do immediately after a song whose last verse literally lists things the band wants people wants to do seems ill-thought out, or a joke I’m not getting; and on the breakdown of I Wanna Be A Spaceman there’s a double-hit on the snare that I don’t think sounds right. There’s definitely a few instances of blatant plagiarism on this record. …Spaceman steals the riff off the Bad Brains’ How Low Can A Punk Get, the title Everyday I Start To Booze is clearly a nod to NoMeansNo (RIP), and the song about the good man Phil McKay (another friend of mine) Malibu Phil borrows from the Pogues. But, frankly, I’m fine with all that. Stealing stuff is completely kosher in my eyes. And if you’re going to steal, that list of bands is a good place to start. 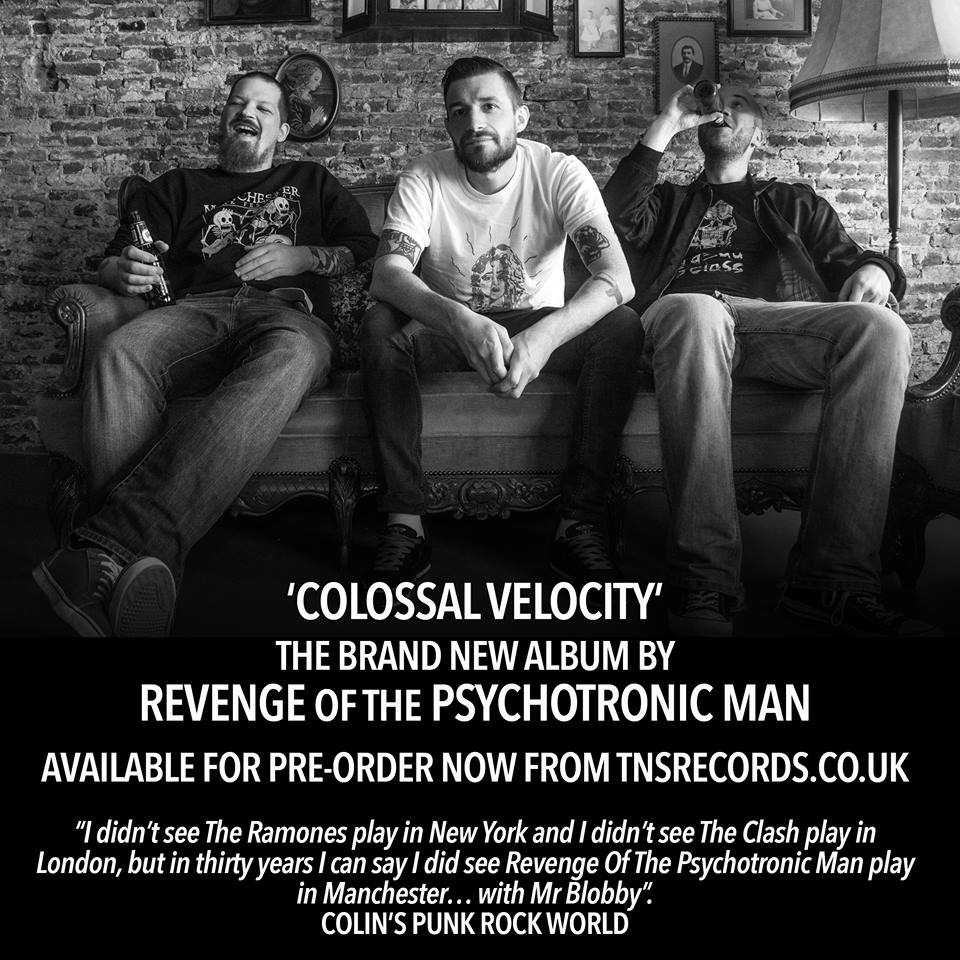 I’m generally an incredibly cynical person – I like to think I’m discerning, but that’s being generous – so apologies for the negative dump at the start, and onto the things that are good about the record. The songs are really good. If you like Revenge then you will like this. The band play a fast brand of raucous punk rock that sends sparks to the marrow of my bones. They are proper fast, they have wheels. It’s not deceptive pace like a country bowler, it’s the free-wheeling spinning in a circle till you fall on the floor kind of fast that also manages to drag you back to your feet and slap you sensible. A song about a cult football hero Niall Quinn can become something that makes you jar your teeth and slam into your neighbour. They can turn a quaint English phrase I Am Absolutely Fuming and make it sound like Discharge’s ugly sister is looking for a ruckus. It’s fair to say that I like the songs in spite of the studio work, and will happily spit the lyrics back at them when I watch them live. Also, whilst I was critical of the placing of the advice the band gives, it’s got an entirely solid base. The band talk of the issues facing the UK underground punk scene, and it speaks from the long hard slog of experience in trying to make a scene that stands for upstanding values, whilst also providing the weekend release needed after a working week of shite. I agree entirely with the lyrics to Hectic Danger Day: They’re knocking down our venue to use it as a car park They’ve boarded up the windows and they’re gonna tear it apart

We don’t need more flats or car parks, we still need a space for music
If your town has a great venue, please make sure you always use it 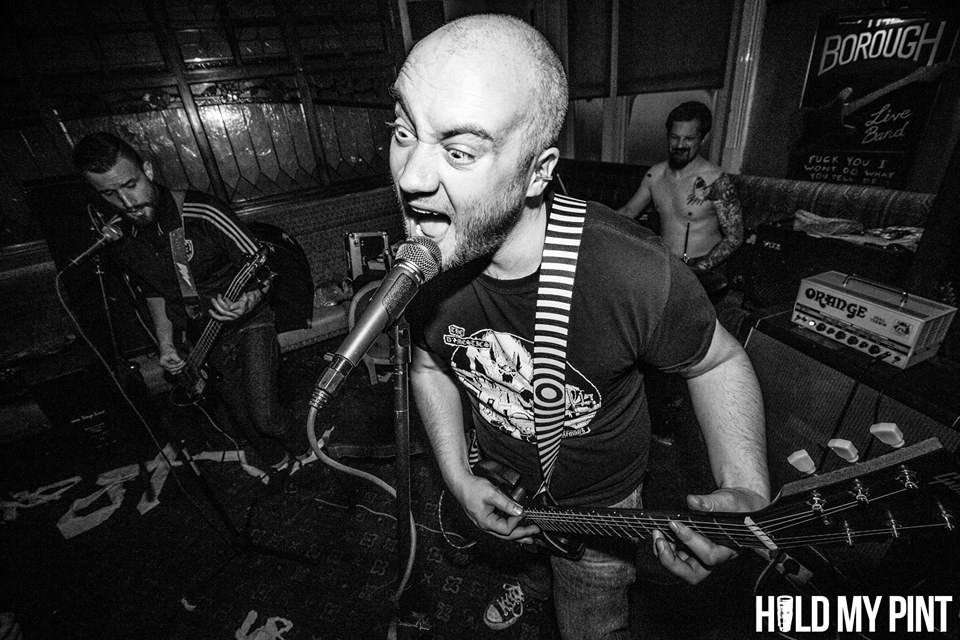 I know this is based on things that are happening in Manchester right now. I’ve seen it happen and it’s fucking bullshit, and I’m glad that a band with their presence addresses the issues head-on. There’s also some good thoughts on the Corbyn movement and the philosophy of art (yes, seriously, Andy can hold his own there). If anyone else can do better on this in 90 seconds then I’m all ears. All in all, I’m putting this album around the 3/5 mark. I like the songs, but it’s a clear contender for ‘Albums I Would Enjoy More If The Production Was More To My Taste’ along with New Day Rising. If I was going to introduce someone to the band I would choose a different record (the last two albums, Make Pigs Smoke and Shattered Dreams Parkway for instance), but I am more than happy that these will be brilliant songs to hear live.