For a lot of people on this side of the pond, I can see the Dropkick Murphys being something of a secret guilty pleasure. Myself, I’ve had a bit of an up and down relationship with the Dropkick Murphys over the years. They’ve done a couple of fantastic albums, but a few stinkers too. Although they have winkled their way into what has become my wider definition of decent street punk (purely based on Do or Die and The Meanest of Times), sadly, I spent a good number of years unjustly blanket disliking them for two main reasons, neither of which are going to make me particularly popular with some people that are going to read this review. There are doubtless people that are going to say “But it’s the Dropkick Murphys!”, but unfortunately being a successful and popular band doesn’t accord you a free pass. I’m all about giving my opinion straight, and if the shit don’t cut the cheese… then the shit don’t cut the cheese.

Reason 1 – Firstly, based on a good proportion of the fan-base they seemed to attract here in the UK: borderline juggallo dick heads; people that thought they were well punk for owning a Rancid t-shirt; and wacky idiots that went to university so they could join the campus circus club and wear those stupid fucking giant Guinness hats on St Patrick’s Day.

Reason 2 – Secondly, what some of us describe as ‘plastic Paddy’ nonsense that (as incorrectly perceived by me at the time and I’d put this down to the UK fan base as described above) seemed to be their key marketing strategy in the form of covering traditional folk songs and carping on about being of Irish stock.

Now, let’s be clear. There is absolutely nothing wrong with being Irish. I’m pretty much as working class Irish as you can get without being born and raised in the Republic of Ireland. My father’s side of the family come from County Cork. My mother’s side come from Dublin, and several generations back, as orphans, escaped a poorhouse over there and absconded over to England. Celtic working class pride etc. etc., and I get sun burned as easy as fuck. Credentials established? Great. Thanks. Onwards.

By the early 2000s, I’d forced myself to see beyond my own superficiality and actually give them a go. At which point I found that I actually rather liked the first album, Do Or Die (1998) (which I still listen to fairly regularly) and the Mob Mentality split with The Business (2000 – rest in peace Micky). The second album not so much… The Gang’s All Here (1999) I thought was pretty good to listen to, although not very memorable. As a fully paid up member of the downtrodden working class, I thoroughly approve of any band taking a supporting and educative view of trade unions through their music. Which is one of the recurring themes of the Dropkick Murphys music that I can thoroughly get onboard with. 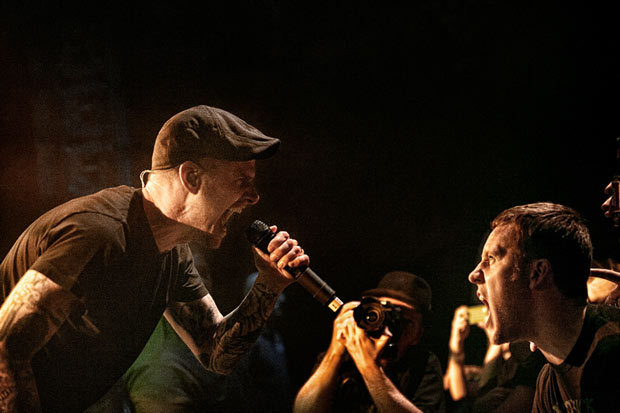 2001’s Sing Loud, Sing Proud bored me senseless. As did The Blackout (2003). As did The Warriors Code (2005). It was almost as if there was a theme emerging. During this whole period, I was getting my Boston street punk fulfilment from the first three Street Dogs records and the Ducky Boys back catalogue instead. But then, when The Meanest of Times came out in 2007, they’d finally released a genuinely decent record again. It had rabble rousing street punk anthems, heartfelt drinking songs and the over the top novelty stuff was kept to a minimum. This is in fact, another record which I still have on comparatively heavy rotation. From that point onwards, they released Going Out In Style (2011), which I thought was pretty pedestrian, and well… dire. I couldn’t even face listening to Signed & Sealed in Blood (2013) when that one came out as I was too worried about being disappointed. So you can understand my reservations going in to this new one, 11 Short Stories of Pain & Glory.

The album has the usual suitably inspiring instrumental intro, which leads straight into Rebels With a Cause, which made me feel like this was heading in the direction I’d been hoping for in terms of being a collection of rousing meat n’ spuds street punk anthems. Moving into Blood¸ we’ve got what I’d term as a decent slow to mid-tempo shout along. So far, so good, I suppose, but it’s not blowing my socks off.

Next up, we’ve got Sandlot, a bunch of working class rhetoric and jealous memories of haves and have-nots – this I can thematically get along with. But… the pacing I just can’t get behind. I feel that this would have benefited from being ploughed through at a much brasher speed, like they used to do back in the day. I can’t escape the feeling that this could’ve done with a bucket-load more balls. It feels a bit too safe and clippety-cloppety for my personal tastes. First Class Loser improves things somewhat, despite having an overtly Celtic flavour. I’m digging the call and response vocals, and the story that’s being told here. It also features the following couplet which I found pretty amusing (also good to see an English cuss word being used correctly by an American band – kudos – it hasn’t gone unnoticed!):

‘We’ve all got some loser in us, but it’s not a full time job!
I may be a little difficult, but I’m not a total nob!’

From the drum intro to Paying My Way, I’d be forgiven for thinking they were going to bust out a cover of We Will Rock You, but thank fuck, this didn’t happen. This seems to be about fatherhood, possibly in a broken relationship. I’m wondering if this song is a sequel to the Meanest of Times (from the album of the same name)? Again I see value in the lyrics and sentiment, but… again I feel that the tempo should have been doubled. I’m feeling pretty disappointed at this point. 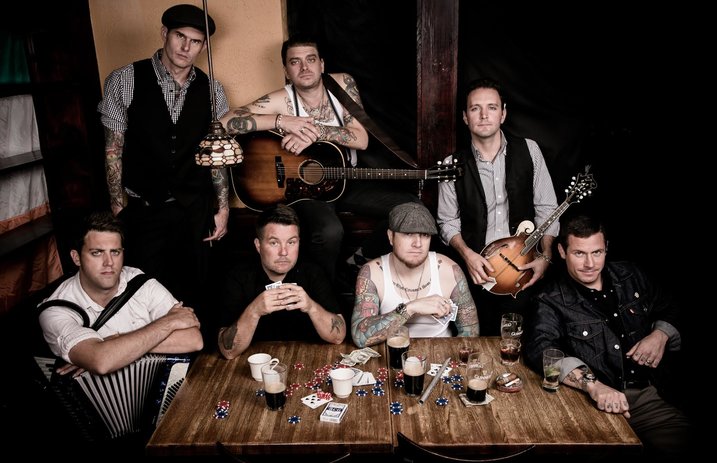 Next up, we’ve got the first of what I’d call ‘novelty’ songs on the album, I Had A Hat. This seems to be a tale of a drunken rampage, and feels a bit juvenile to be honest. Fight Starter Karaoke it ain’t. This sounds more like Chas n’ Dave covering the Pogues. It’s a bit embarrassing to be honest. I can almost feel myself curling into an involuntary cringe-ball. Let’s break this down. Ken Casey (a 47 year-old man) has lost his hat or had it stolen and totally loses his shit and starts fighting the world. Did this actually happen? Now, forgive me if I’m wrong, but I fully expect Ken must have a scally cap endorsement, and if he doesn’t, I’m sure he can afford to buy a new one. I mean, this has to be a hypothetical situation… right? If not, and this is a real story, and I say this with the greatest respect, Ken mate – you need to seriously consider quitting drinking, and be well.

Kicked to the Curb (which should be spelt Kerb in this context by the way – sorry I get a precious about this stuff – English degree etc.), is something of a better moment on the album. It’s got more of a punk n’roll vibe, and I think possibly one of the better tracks on the album. Oddly, next up we’ve got a terrible cover of Liverpool FC crowd favourite You’ll Never Walk Alone. Honestly, it’s not a good rendition at all, and doesn’t quite follow the accepted tune. Just don’t do it. That’s my advice.

4-15-13 – anecdotally speaking, this puts me in mind of when we fell foul of the American way of presenting the calendar. When we went over a few years back, we fucked up a hotel booking (obviously non-refundable) due to the day and the month being t’other way round from our CORRECT way of presenting dates. That’s a really boring story – I’m sorry. Anyway, the song in question is my personal highlight of the album. It’s something of a quasi-anthemic ballad and it’s really very well composed. Kind of puts me in mind of vintage Against Me! in fact. It’s at this point that I’m forced to ask why, if these guys are capable of writing a song of this quite high quality, they are churning out utter drivel and songs that could’ve quite easily hit the mark with a bit more thought? This is released on the band’s own imprint, so it’s not as if they are under any kind of contractual obligation and just doing this to fulfil a quota…

The album closes out with another dreadful ‘novelty’ number, Until The Next Time. Seriously, I’m too fatigued by this point to even start on how much of a waste of studio time this one is. 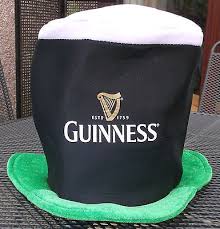 In conclusion, although this record has some good moments, and some almost good moments. They could’ve cut the dross and released a decent enough mini-album. As it’s presented here, it certainly isn’t a good record, I’m sorry to say. Dropkick Murphys have proved in the past that they are perfectly capable of releasing a decent record, and I feel like they were probably due another good one by this stage. Depressingly, it seems as though it wasn’t to be on this occasion. And so, it is with a heavy heart that I have to say that if you are a circus club attending, novelty Guinness hat wearing cartoon character of a person, I’m sure you’ll find plenty to enjoy. Everybody else may as well not bother.

Stream it here on Spotify and form your own opinion, which is something I always actively encourage people to do. This review here is one guy’s opinion, and I’m sure it won’t harm their record sales at all.