The Bible 2 is the latest record by AJJ (aka Andrew Jackson Jihad, the band elected to change the name earlier this year), and despite the name it doesn’t carry on with the story of the Bible after the Book of Revelation. Shame. Whilst I have been aware of the band for a few years this is the first time I consciously listened to their music, so apologies if there are some novice mistakes made about the band. 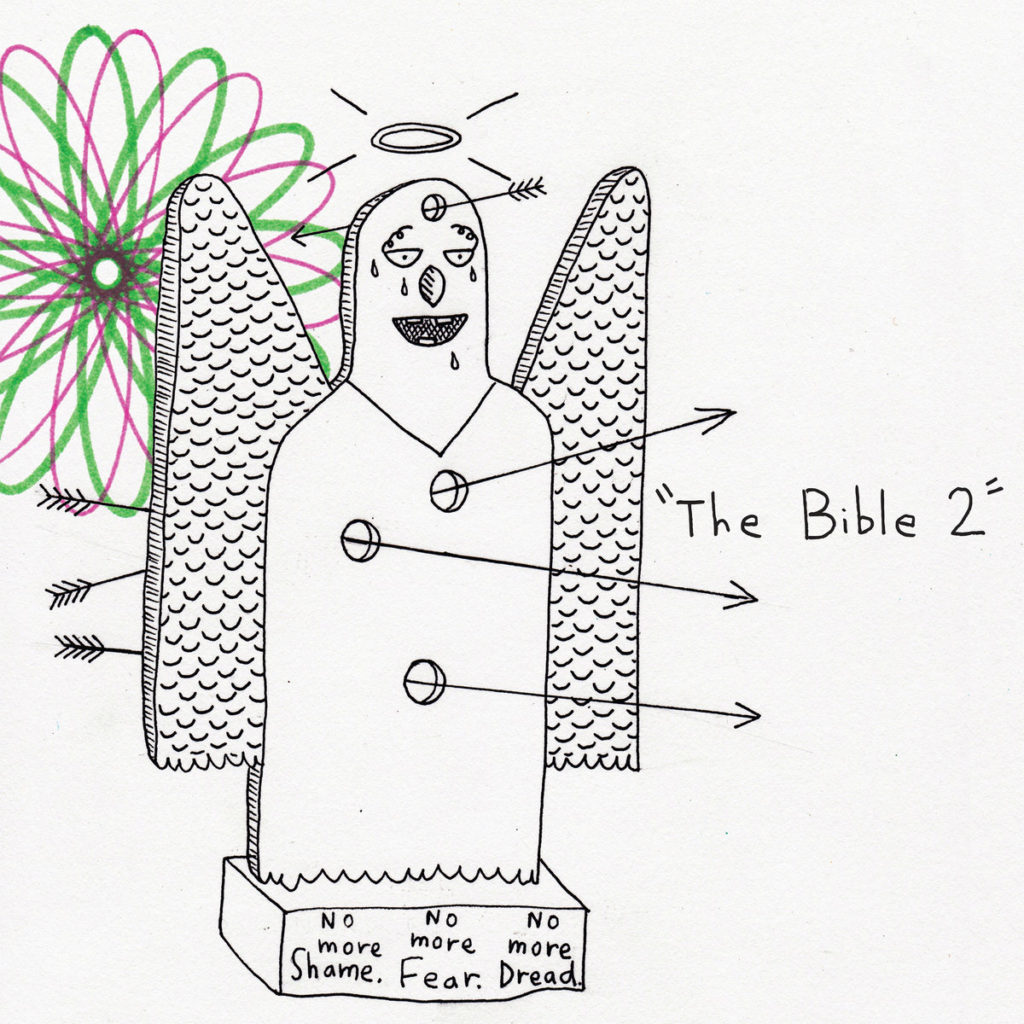 After a few spins one of the things that became apparent was that this would be an album best appreciated as a 12” record rather than through MP3. There are two distinct sides, and quite a lot of images or lyrical refrains end up getting repeated on both. If you have a record player and were intending to get the album anyhow I would heartily recommend getting it that way, rather than CD or MP3. This does mean you would have a larger version of the truly hideous artwork, but you can always colour that in yourself with marker pen. No one would mind. 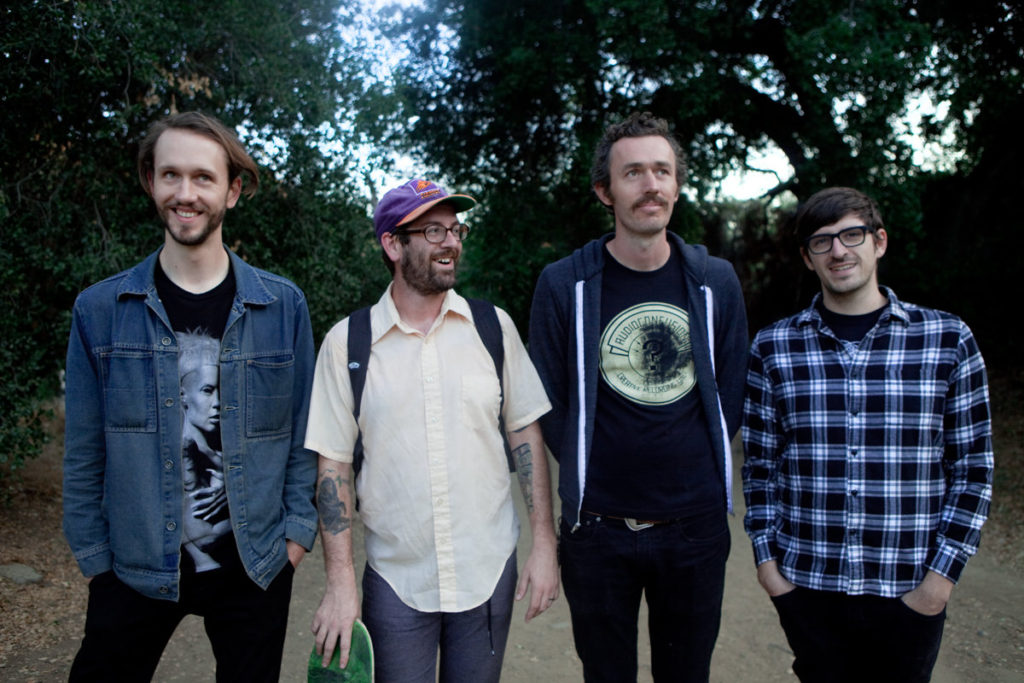 As you would expect from the title, Christianity provides the setting for a number of the (what I’m assuming are) autobiographical songs, and much of the imagery referred to earlier is recognisable to anyone who’s been to Sunday school or watched enough of the Simpson’s golden age. The opener sees the narrator pretending to be asleep so that they can miss ‘them’ going to church; there’s a refrain in the second song about listening to “the devil’s music” which sounds like the resignation of a parent who doesn’t understand their child’s choices (which comes up again on side 2); there’s frequent mentions of shame and churches. Generally there’s a feeling that the writer feels at odds living in a religious part of the US, or at least living within a religious family anyhow. There also seems to be a number of mentions about security guards, but why they seem to feature so heavily is a mystery to me. 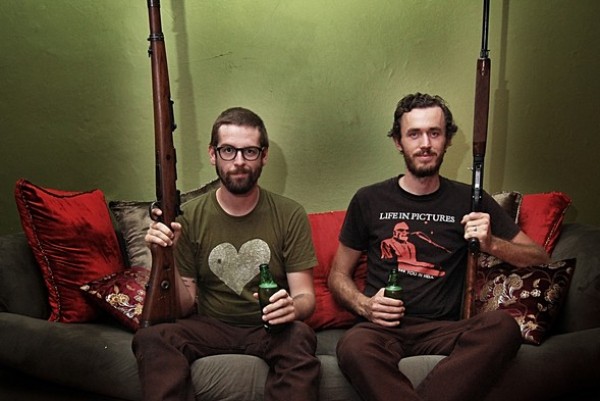 As for the actual music, there’s some enjoyable stuff in here, but I want to get my gripe out of the way first: I can’t stand the singer’s voice. I’ve listened to the album about five times, and it’s just not getting any easier. To my ear it sounds like David Cross, and there’s a reason Tobias was used sparingly. This is purely to do with the tone by the way, the cadence and meter are of a seasoned performer who knows how to bend a melody around a song, but it’s all for nothing really as I have no intention of ever listening to him sing again. 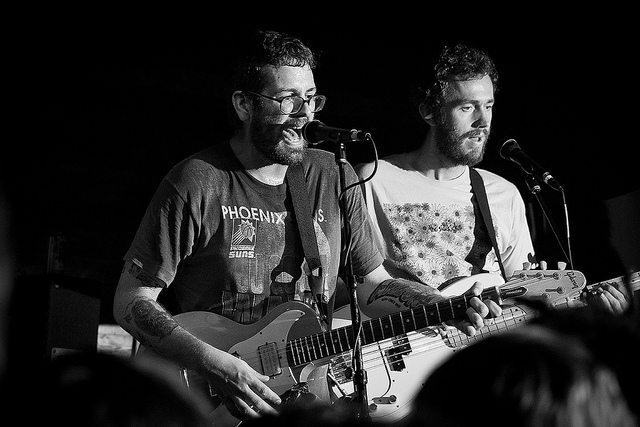 Otherwise there’s plenty of parts where the music suits me nicely, and at points there’s the distorted punk/folk feel that you get at points in Neutral Milk Hotel, although not up to that standard. The opener Cody’s Theme is a bit like a scuzzy Queen Bitch (Bowie), and there’s a howling solo to round things off which made me optimistic for the rest of the record. ‘Goodbye, Oh Goodbye’ (for my money track 1 side 2), features some major fuzz pedal and I can happily listen to that, if only it had a better accompaniment. There’s a couple of emotive minor key songs on piano but at the same time the first four tracks rattle past in 10 minutes. There’s variety, there’s some good progressions, it has at various points made me nod my head and tap my foot, which is usually a good sign.

If you’re already familiar with the band – and don’t find the singer’s voice akin to unnecessary dentistry – then I would recommend getting in on this. If you’re unsure, the songs can be listened to for free on Bandcamp. Having now familiarised myself with the band I would put them in the ‘would see live at a festival or if the tickets weren’t exorbitant relative to how good the music was’ category, but I won’t be checking on the release date for The Bible 3. 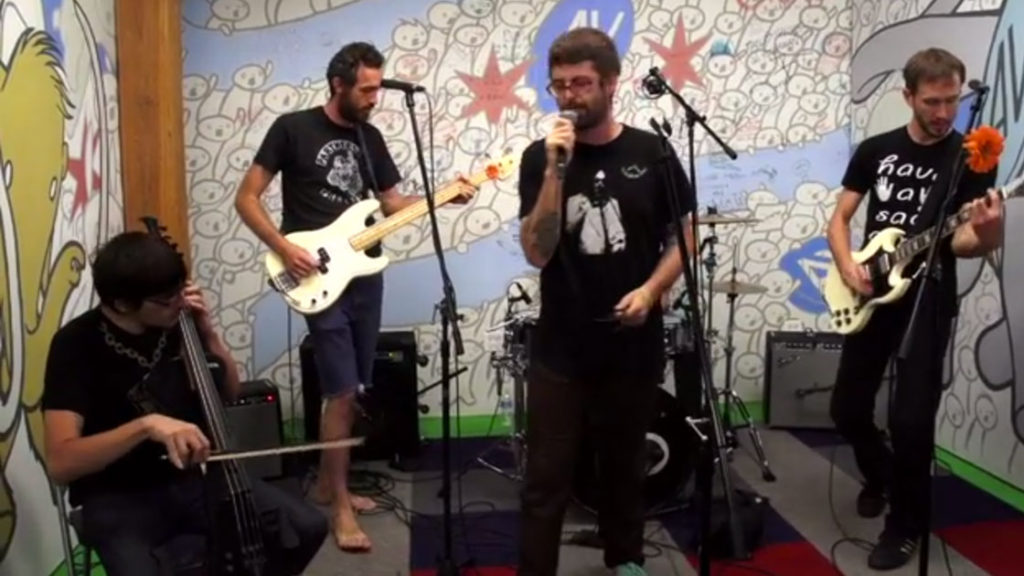 You can listen to The Bible 2 on bandcamp here.

You can purchase it from Side one Dummy here.