The Murder Burgers are the undisputed kings of UK pop-punk. Hailing from Glasgow, gritty homeland of Rab C Nesbitt, fish suppers, Tennents Super and Taggart, you could be forgiven for supposing this would make for a bleak sound and a bleaker outlook. But that would be just mega-offensive. And possibly a bit discriminatory toward Glaswegians. So don’t be fooled into such trains of thought. Glasgow won City of Culture in 1990, and has produced some decent musical acts over the years.

To date, The Murderburgers have built up a bit of a back catalogue, encompassing their first 2 proper albums, not to mention several splits, all of which are well worth spending your time investigating. It’s all up on their bandcamp page, so head there now for an audio treat…

I’ve seen these guys live a couple of times over the years, including the time at Tufnell Park I mentioned in the Wonk Unit review, where they played with The Queers and The Griswalds and Wonk Unit. I can assure you that they are a fantastic live band. Very tight, very amusing on stage.

Musically speaking, The Murderburgers have a very trad pop-punk vibe going on. The kind that puts an old-before-their-timer such as myself, in mind of the sadly defunct Lookout! Records during the mid- late 90s, with their veritable plethora of pop-punk bands taking a ‘Ramones revival’ angle as their core sound. Don’t get me wrong, there were some great acts at the time, such as Mr T Experience (or MTX), The Queers, and Screeching Weasel (many years before Ben Weasel decided picking fights with girls in the middle of shows was an advisable course of action), amongst others. 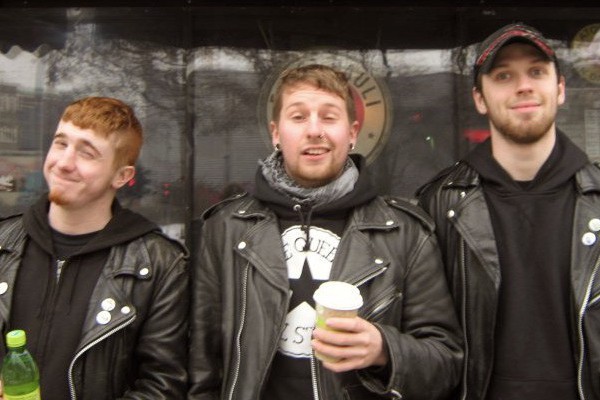 I think that when The Murderburgers were first playing out, that kind of sound was probably considered quite unfashionable, even within an already unfashionable punk scene (at the time). I’m not really sure if that sound has ever been fashionable – even in the mid-late 90s, Epi-Fat style skate punk and ska punk were more the order of the day – at least in the UK. I was into all three sounds around that time, personally speaking.

Anyway, fast forward time a fair few years, and we now find ourselves in a somewhat different punk rock environment, where some bands are enjoying a decent amount of success from that Ramones / Lookout! revival sound, the ‘premium’ examples of this being Teenage Bottle Rocket, Masked Intruder and the like. Time after time, I do find it weird that stuff comes around in cycles. These days I don’t even have an explanation of why this would surprise me. But it always does. 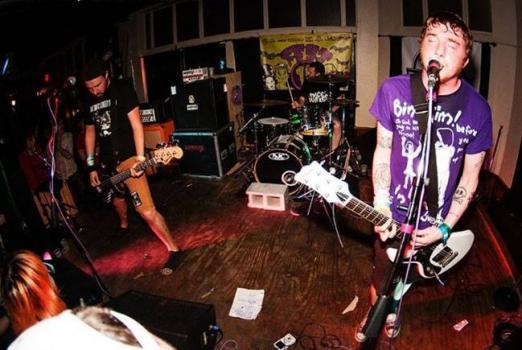 I think the key difference with this latest wave of bands (in which I will also include The Murderburgers and a band from Manchester called Don Blake) is that they seem to be fucking fantastic at what they are doing. I suppose Masked Intruder have a whole balaclava-wearing gimmick going on and have made a success of writing quasi-tongue in cheek semi-serious songs about stalking girls, unrequited love (and so on), but they also write finely crafted pop-punk songs. Teenage Bottle Rocket have perfected a super-stoked, hyper-charged semi-autobiographical party monster of break-neck paced Ramones riffage. 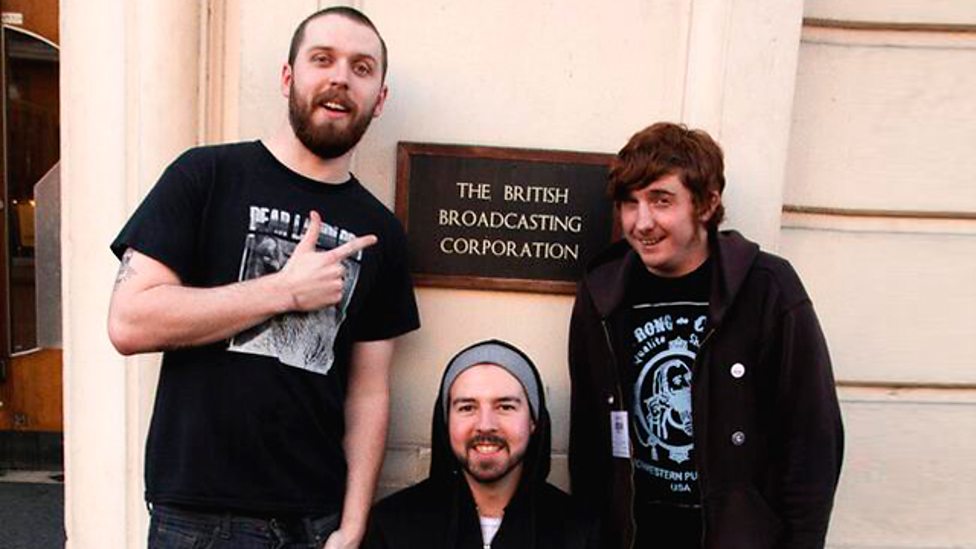 So what are The Murderburgers bringing to the banquet? For a start, it’s a very ‘British’ take on what is, essentially a very American sound. I always find myself relieved when a British band sings in their native accent. I’ve got a lot of love and respect for that. Nothing pisses me off more, in fact, than a British band either singing in American accents, or putting on that (what I call) ‘Spirit of 1976’ mockney accent (which a lot of American bands such as Rancid have occasionally been known to do, although I suppose Lars Frederickson did do a stint in the UK Subs back in the day). Back to the subject at hand, though. The Murderburgers deliver their vocals in their own accent, and to me, this is something that I will always find really authentic seeming and heart-warming.

Lyrically speaking, there are parallels to draw here to the heartfelt lines of Dr. Frank (of MTX) and to certain swathes of the output of both The Queers and Screeching Weasel, for example when those two bands in particular steer a bit away from being overtly snotty and spiteful. What I’m talking about are the songs of heartbreak and/or wistfulness that I used to find appealing as something of a younger guy. Now, it might seem that such sentiments are somewhat hackneyed or trite, and perhaps something that could be churned out en masse, but taken from The Murderburgers lyrics, I’m picking up references to places and landmarks in Glasgow (a city I’ve never visited, weirdly, but it feels quite visual), and to actual (I’m making assumptions here) events or occurrences that have taken place, and which the singer (or whoever wrote the songs) associates with those places. Again, to me, this just adds additional layers of authenticity, and it really does feel like they mean it.

You can catch The Murderburgers on tour this Autumn / Winter in a town near you!