Recently on Facebook I put a shout out for friends to throw their albums of 2015 my way, and I’d review them here. I got a varied set of suggestions, and ‘Freedom’ by Refused was put forward by my man James Lamont, once of Manchester (UK not USA), and now resident of St Petersburg (Florida, USA not Russia). He had said he was pretty disappointed with it, but was interested in my opinion. 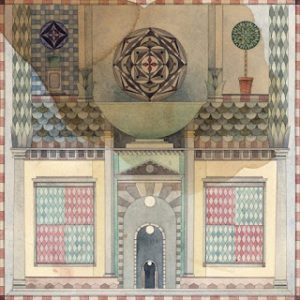 Where to start? Anybody that knows me well (equating to a maximum approximately 0.0001% of people on the internet) will know that I’m largely ambivalent toward the Refused back catalogue. Loads of folk seemed to adore them back in the day, for reasons that largely escape me. I could lie and say I’m not sure why I never particularly cared for them, but Tony of Nurgle being Tony of Nurgle, I’ll give it to you fux straight. In list form:

1. I like my hardcore to rage in a different way to the Refused way
2. A fair amount of the songs are at least 3 minutes too long
3. Back in my DJ days, bad knobheads used to request New Noise all the fucking time. Week in, week out. For like, eight years. To make matters worse, nobody seemed able to spell the word “Refused” for some strange reason, resulting in some frankly bizarre iterations that caused me no end of hilarity.

Having said this, they have had some pretty decent moments. Some of it is even rockin’. Back to the matter at hand, and this review, though.

My overall impression of ‘Freedom’ is that there are some good ideas trying to burst free from this general morass of confusion. The first half seems to be a 3/4 speed rehash of the ‘The Shape of Punk To Come’ without the good bits, mish-mashed with vintage Nine Inch Nails outtakes, and a healthy peppering of ludicrous Marilyn Manson-esque rock opera pomposity. Not to mention the irritating beeping and booping that sporadically haunt the general area. It’s pretty fucking bad, and even wacky goths would probably struggle to take anything of value from it.

As we hit track 6 (entitled War on the Palaces), I began to think this opus could regain a bit of dignity, even if it was still a bit daft, it wasn’t jarring on me. Certainly, track 7 (Destroy the Man) delivers more of a semblance of what I’d been hoping for, as it rages and swaggers along, although it could benefit from taking the speed up a notch further. Track 8 (title 366) has more moments worthy of mention, with some quite snappy guitar parts and grooves reminiscent of classic Fugazi, but frankly, the chanty chorus bit is just annoying. 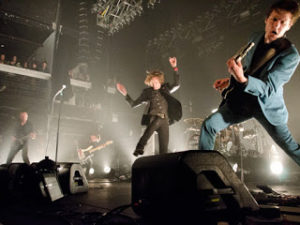 Into the final section of the album, track 9 (Servants of Death) is a bit of a glam rock stomp oddly reminiscent of Depeche Mode. Exactly the kind of thing that normally pisses me right off, but for some reason, in this instance, I’m not offended. The album is closed by ‘Useless Europeans’, which is a bold (and somewhat self-describing) song title, considering the overall quality of this album. Sadly it’s back to the same standard of ridiculous dross that makes up the first half of this album.

In conclusion, as I am sure you can tell, although it did have a few moments of quality, overall it’s pretty piss-poor. Some bands shouldn’t make a re-union album. They just really shouldn’t. Refused being a prime example. It just smacks of trading off the back of lost glories to make a few quid.

However, please form your own opinion. Stream this album here.