Where to start with this lot? No shocks here to anyone that knows me – I’ve never previously enjoyed their music, in fact I’ve found it to be a load of categorically un-listenable bilge. This release however, appears to be an improvement of sorts. In fact around 70% I’d classify as “listenable”. Moreover, 50 – 60% of this aforementioned 70% even qualifies as reasonably well constructed. One of the songs even has a cool part in it that reminds me of Slayer for some reason (Slave to the Throne). Would I listen to this again? I fucking doubt it, beyond perhaps that particular track. 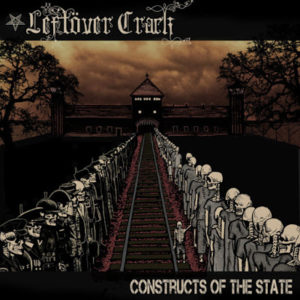 I just can’t get past certain elements of this record that really piss me off. For example, there was some sort of crappy “banjo part” or something that cropped up for no fathomable reason – it felt really out of place. There was also a really contrived song about them feeling like they were going to play at a shopping mall (how un-punk man, they can’t believe they’ve got to do this), and oh no, someone’s lost their sleeping bag. Perhaps most weirdly of all, there is a shitty Megadrive game type tune or something being played in the background throughout the duration of the last song (which I’d also classify as one of the more unlistenable parts of this record even if you take out the shit Sonic the Hedgehog noises). Then there’s the bargain basement faux-crusty Crimethinc theme that seems to run through this the rest of this album. It’s a recurring motif throughout their back catalogue and wider musical family tree, though, so no real call for me to be surprised by this.

How could I sum this up? To paraphrase and re-contextualise a description given by one Nathan Bean (about an actual dessert), during episode 14 of Just Can’t Hate Enough podcast, I’d say this record is like the musical equivalent of Arctic Roll. i.e. like a bit of stale bread wrapped around some ice cream. What a weird thing.

Terrible person that I am, there’s something else that I can’t separate out when it comes to this band. This is the majority of their fans (not all!!) that I’ve personally encountered. This is not a blanket description of all Leftover Crack fans (at least I hope not), but I can’t help but notice there’s a certain demographic appeal here for the type of rich kids pretending to be poor (or pocket money punks, as the Down and Outs referred to these types on their second opus, ‘Friday Nights, Monday Mornings‘) that decide it’s cool to live in squats and dumpster dive for food. Or maybe they live in one of them DIY punk houses, and their mum pays the rent, and they just eat at those soup kitchen things for the homeless. The types that think they are fulfilling some necessary obligation to stumble around drunk or blitzed on some kind of drugs in public at all times because they think it’s “well punk”. The type of people that think it’s cool to shoplift. Collective chance of smashing the system? Zero mate. 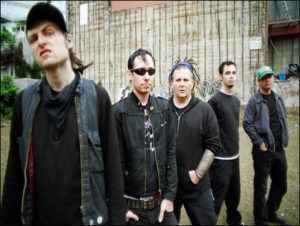 Are you sitting comfortably children? Well, I remember being told a tale once, by this guy (whose anonymity I will respect), which I will relate to you now. About when they played Manchester and this same guy had let Sturgeon (is that his name? anyway, the one that changed his name to Stza in some kind of homage to Rza and Gza from Wu Tang Clan) shag his girlfriend while he watched. He described this as “the best thing that has ever happened to me.” Really. I tell thee. The mind fecking boggles.

I also remember a group of young wannabe crusties coming into Roadkill Records some years back, and one of them quite pointedly said out loud that he was “going to get a five-finger discount on this Leftover Crack album”. I kindly informed him it would be the last move he’d ever make and kicked him out. Granted, the rest of his friends were much more reasonable and apologised for their twatty mate and bought some music.

It’s these types of bizarre little anecdotal nuggets that make me think that this is music aimed at Garbage Pail Kids. It’s like some kind of peculiar sub-cultural black hole that struggles to pull much of any major relevance into itself. Am I just missing the point or are this band actively encouraging impressionable dunces to be walking shit-stains? What further adds confusion to this is that some of my friends that aren’t like this at all seem to have some sort of affection for this band. Maybe I’m the problem here (I doubt it, but can’t rule it out), but I just don’t “get” this band.

If you feel the need to explore this further, you can listen to a stream here.